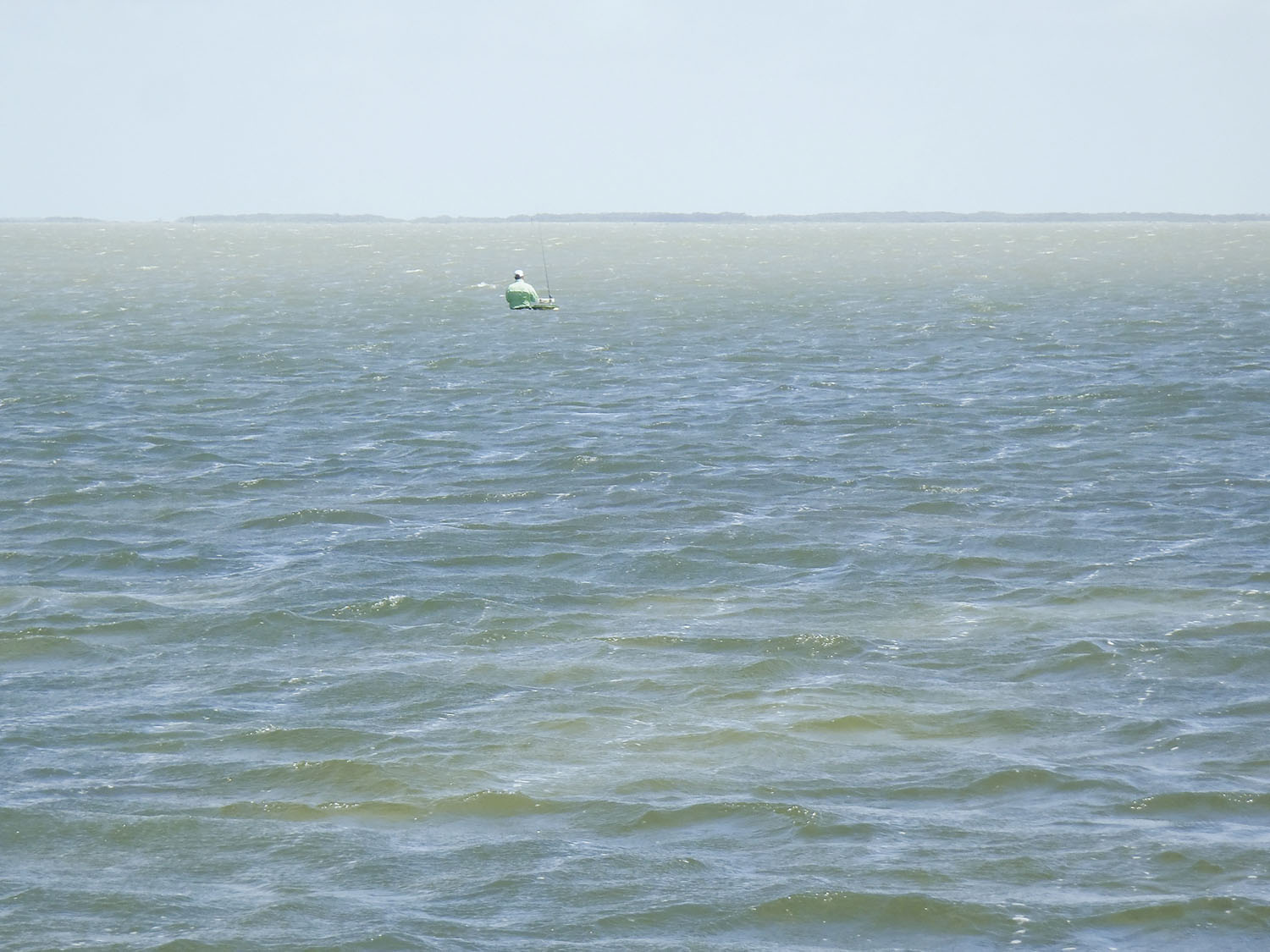 Water change inside and outside the nighttime feeding zone.

We all want fall weather to get here quick but the reality is that September is another hot month. Fishing patterns will not change much, our days will likely begin with little to no wind and surface water temps will be well up into the 80s for several more weeks. Nighttime feeding will continue to prevail throughout most of the month and understanding the mechanics of this pattern are critically important if catching quality trout is to be expected.

Nighttime feeding – there's two key words for you. I firmly believe that the best of the best trout available in any region feed almost exclusively under the cover of darkness during really hot weather. Shallow water gets hotter than deep water during the hottest part of the day but it also cools quickly overnight. A few degrees cooler may be barely noticeable to us but it is significant to fish.

Continuous monitoring of water temperature aids in recognizing and interpreting feeding patterns in all seasons. I have always equipped my boats with water temperature gauges – even my old Smokey Gaines poling skiff, some thirty-eight years ago. If you don't have one on your boat–you need one!

So water temperatures cooling slightly overnight in summer months forms the basis for my nighttime feeding pattern theory. Sun goes down, water cools down, boat traffic ceases and up they go to cooler shallow water. In the heat of summer predators rely on ambush more than chasing their food. The strike zone up shallow is much narrower, better for ambushing. One quick tail thrust is all it takes and a large trout can slam its prey with deadly precision.

Confirming the theory: It is common at first light to see acres of mullet and menhaden in the shallows being harassed by predators. A slight breeze to ripple the surface (when we are lucky to have one) reveals slicks made by feeding trout and reds. Everything that can be observed within the confines of the bait school is valuable information. Even when bites are not coming in fast succession, I am confident that I have found what I'm looking for with the right signs present.

Finding the zone: Nighttime feeding zones are areas along shorelines where pockets have been formed through erosion or other forces of nature. Many pockets have drains somewhere within their configuration that allow water to flow to and from backwater marshes. Pockets with drains are my favorites because there will be some amount of water movement through the drain with every tidal change, even if very slight on weaker tides. Two consecutive years of abundant rainfall have loaded the marshes with bumper crops of shrimp and crabs – another key reason for targeting pockets with drains.

Putting the theory to work: If I can position myself within a pocket that includes a drain and also happens to lie windward, I am liable to remain there the entire morning, picking off a fish here and there. If you are savvy, keen observation will identify travel lines the bait and game fish will travel, both as the fish continue to feed shallow at first light and when they exit the flat heading to nearby deeper water. Large fish that have already fed will typically take a smaller presentation on the exit path if it is presented properly. I am fortunate to have grown up and worked in a shallow, clear water fishery. I have actually watched big trout and redfish as they slowly exited the primary feeding zones and observed that lures placed properly out in front of the exit path are usually greeted with aggression. Get the bait at the wrong angle, too close or too large, and its mud puff or mud stir time. Trout make puffs when they take off and reds make stirs or larger boils. I credit Cliff Webb for bringing this to my attention many years ago.

Funny thing happened today and I mention it because it is imperative to remember that very slight changes in wind direction and tidal movement often call for the need to tweak your game plan. Water temperature was 85 when we eased over the side of the boat at 6:00AM. The wind was light at 5mph SW and an early morning rain shower was approaching. No lightning in the cloud and only green on my weather radar app, otherwise we would not have been there.

Once in the water I noticed that the current was running south though the wind was more southwest. This set the stage for fishing a nighttime feeding area, even though I had not fished it in several weeks. The area is large and mostly shallow grass and softer bottom that becomes windward on southwest wind, complimented by tidal movement to the south. It just felt right to me. Once there we discovered what looked like an acre of large mullet working across the shallow grass flat.

Not much happening along the outer drop-off that we could see but the bait situation on the flat was plenty enough to get me out and wading. Shortly into the wade, small slicks began to appear in the middle of the baitfish. Topwaters and 5" Assassins were being cast into the school and almost immediately we started getting strikes and blow-ups. More blow-ups than hookups and very small trout on the plastics, just about every cast. Bite after bite but something told me the slicks were not coming from the smaller trout.

I am not suggesting that small trout do not make slicks but during the fight and upon release, no slicks were being formed by the thrashing trout we were catching. Slicks from hooked fish are extremely common and a sign I look for to confirm the size of the fish that I believe to be making the majority of the slicks in an area.

After an hour of slowly working our way around the large area of baitfish I suggested that we ease up shallower and quietly exit the flat, and then make another wade through the same area. This is a tactic that I use more and more as fishing pressure all up and down the coast continues to increase. It is foolish (in these times of high fishing pressure) to leave an area that you know to be holding fish, but we must be careful along our approach and exit paths when considering working the area again. So we eased back into the line where the slicks had been popping.

On the moonset minor things became way more interesting with bites from 20- to 24-inch fish coming faster than I would have ever thought possible for the time of year and the water temperature. Several fish in the 5-pound class were quickly released and 4-pound fish were actually common for about an hour. We released at least a dozen solid trout before it became obvious that the bite was over. All these trout slicked upon the hookset or during handling and release. These were definitely the fish making the slicks we had seen popping earlier.

A pattern is a pattern and as long as water temperature, structure, bait and water movement is similar, one can duplicate the pattern in many places. You have to be smart enough to pattern the pattern – if that makes any sense. I have always tried to make "fishing smart" my first priority even though I do not consider myself all that smart. Savvy in the ways of fishing, perhaps.