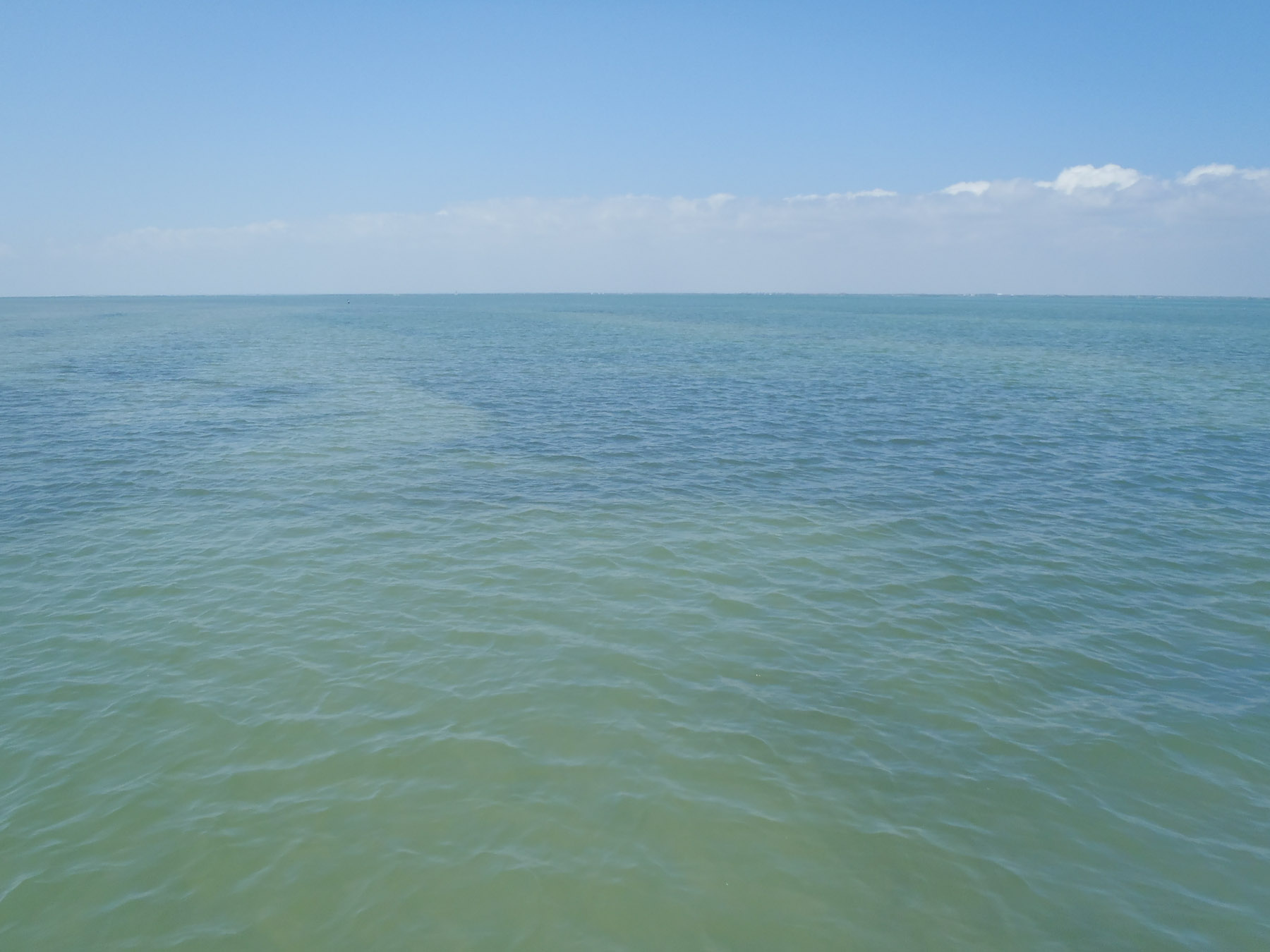 This looks good, add some wind and it looks great. This is what I am looking for along windward shorelines.

If you have spent a day on the water with me, attended one of my Fish Smart seminars, or purchased any of my 20-plus DVDs; you have no doubt heard me state (probably more times than you care to recall) that an angler needs to be able to think like a fish.

Over the past thirty-five years I have had countless wades back to the boat with time to think about all the things I think I have learned and, in many cases, how much is still needed to be learned. A background in the outdoors/biology field has left me with the belief that I can sometimes think like the predators I pursue. My dad was a biology teacher/coach. He always wanted to be introduced this way as he felt his best skill was teaching. Good coaches are great teachers as well so I believe those two go hand in hand.

My love for the entire outdoors left me with a very good visual of what makes things happen the way they do and why they do. This early-acquired love and knowledge has been of tremendous benefit to me in my saltwater guiding career.

August is our hottest month and one of the two months of the year when tides can be lowest. Low water equates to super-heating at the surface and in the shallows so anglers must adapt accordingly. I do not guide at night so nighttime wades are out. Used this tactic a little in my younger years but soon learned that I preferred keeping my nights open just in case…well you know what I mean. Now older and married so maybe nighttime charters should be added but you probably already know what this means too.

It is my belief that during August trout turn to nocturnal feeding patterns. I believe this is true of larger trout much of the time but, for sure during the low tides and heat of August.

Knowing this really doesn't put you any closer to catching them if you don't know what it is trout look for as far as nighttime raids on the shallow flats and shorelines are concerned.

First they need an ample and predictable food supply. Then they need bottom structure for camouflage and, third they prefer a quick deep-water outlet. This allows for a low calorie burn when entering and exiting the feeding grounds.

I prefer windward grassy coves with hard sand beaches. These coves need to have offshore dropoffs with distinct underwater points and a bottom that has a variety of guts, sandbars and moguls along with submerged grassbeds and grassy edges. The grass attracts the fish as it provides camouflage. The guts, bars and mogul bottom create current disturbances as tides and wind-driven water pushes along the shoreline. The grass is the predator's ambush point and the moving water delivers the food, so make your cast to the grassbeds and then allow the current to deliver it naturally for you.

My thought is that the trout spend the nighttime hours working the shallows, enjoying the cloak of darkness and cooler water temperatures. The hard shoreline creates a wall; one the trout can use to drive bait against, making for easy kills.

As the sun climbs in the eastern sky, trout exit the coves a short distance to 3-4 foot depths, holding tight to the grassbeds along the dropoff, taking advantage of the current shearing off the bars, disorienting the bait.

Pay attention to the mullet activity along the dropoff. Mullet running the dropoff react to the presence of predators even when not being attacked. Instinct provides them the ability to react to the mere presence of predators. By slow-wading the dropoff we can fish shallow in the pre-dawn and then simply turn 180 degrees and cast to the deeper side of the drop. Nothing I like better than a cove that has several shallow sandbars with grass scattered along the edges along a 3 to 4 foot drop.

By mid-morning it can get down right ridiculous once you've located the holding areas. Never is it more important than now for one to be able to put the brakes on and stand back and let it happen. Just last week we found such an area and caught three to five pound trout for nearly two hours. These were fish I had not been seeing or catching over the three weeks prior in any numbers.

Let me sum up, I want to describe what I see in my mind's eye that gives me the confidence to apply this tactic anywhere I fish along the middle to lower Texas coast.

Bait has been thick along a certain shoreline for weeks prior to the dropping of the tides and brutal August sun that pushes the thermometer toward 100° daily. Calm nights produce water clarity up shallow over heavily grass-laden coves that hurt daytime results for me. Slicks and nervous baitfish confirm that trout the size I seek are living in the area. With the application of a few brain cells I draw a comparison to the lion documentaries I enjoy on the Discovery channel.

The lions feed by night and lie in the shade during the day to escape daytime heat, with full bellies. I see where lions spend their day, not interested in hunting or eating, but something tells me if a gazelle or other easy prey wanders near they would kill it and maybe eat it later that evening.

So if trout possess the same predator instinct, feeding shallow at night and then laying up, and my daytime efforts in those same shallows produce no strikes or sightings, I can still see them in my mind's eye. I must then look for the closest, coolest areas to find them.

Enter my shallow coves with cooler underwater structure nearby they can lie up on, still close to their next meal. In my mind they might not need to eat but, given opportunity to rise from their slumber and score an easy kill (my lure pulled right under their nose), we can still find what we are looking for. Oh, and while trout have no claws, they have a decent set of fangs.

Bottom line, you have to see it through your mind's eye and believe they there. Then you can catch them. Come see me in August and early September and let's go lion hunting.