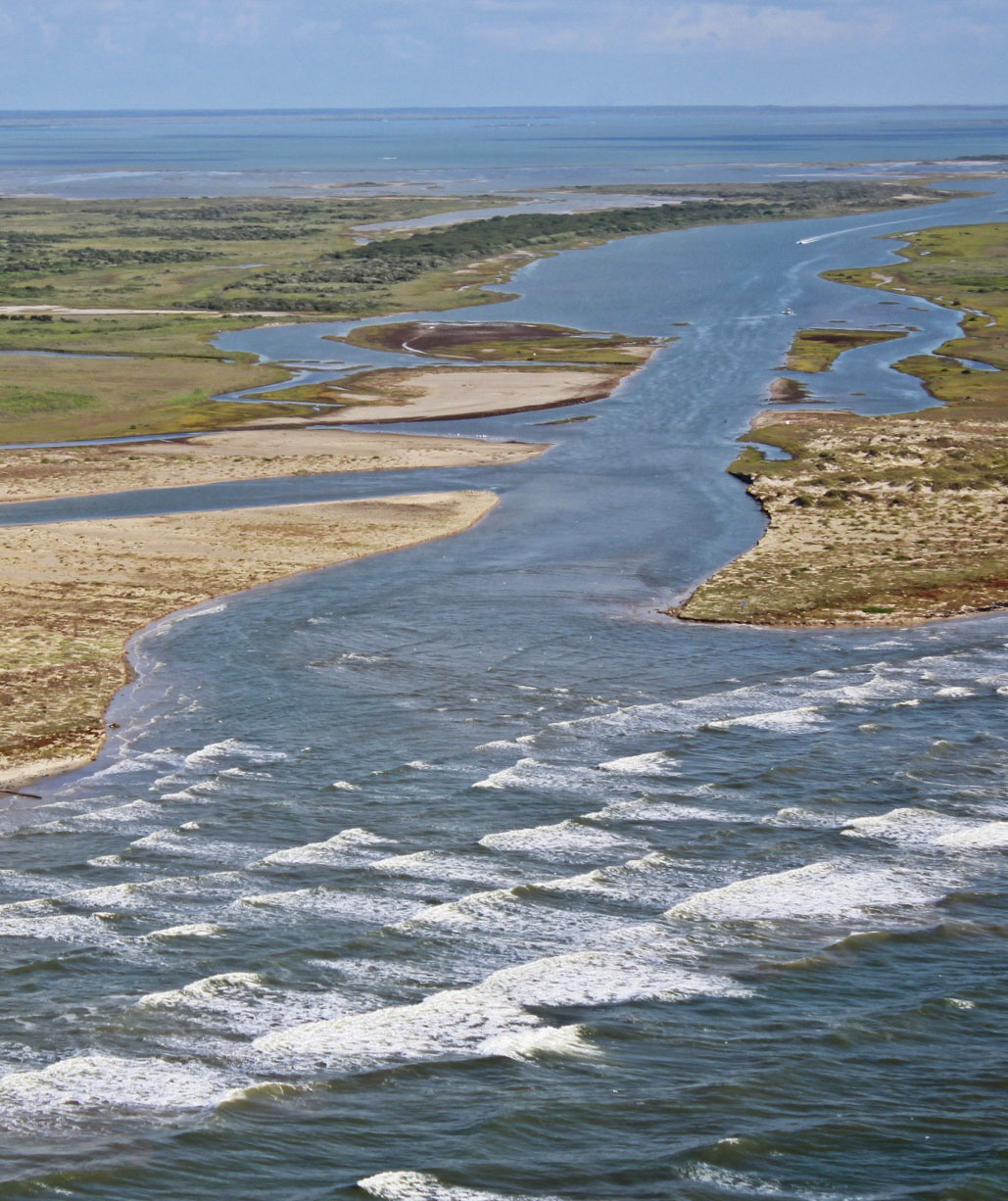 My fishing career began long ago on the Copano Causeway fishing pier. When the new causeway was built the state turned the old bridge into a fishing pier and installed about a dozen lights along the old north and south lanes. The north side had bigger trout due to the reefs there and north light #12 was money when conditions were right.

My dad was a Rockport teacher and athletics coach; his week-day afternoons and Saturday mornings were usually taken, so we relied on the Causeway pier for night fishing. He would later tell stories about sending me to scout the lights with the most action, which by the way typically had the most anglers fishing around them. My job, unbeknownst to me, was to "talk" the light free of anglers.

Now talking A LOT is a characteristic inherited from my mother, my Dad was not nearly as talkative but, truth is he probably could not get a word in anyway. By age six I was already fairly handy with a rod and reel and conversing with people I did not know came natural. Eventually my talkative nature would clear the lights of other anglers and my dad and grandfather would move in. I was completely oblivious to the plan but they no doubt thought it was hilarious, as well as terribly effective.

The best trout would usually position themselves in the shadows just outside the light, and walking light to light gave my dad time to talk to me about things that had nothing to do with fishing. It was a time when he had my total attention and could suggest things that I might have normally not wanted to listen to. I remember the conversations as well as the fish we did or didn't catch. Today as I travel the Causeway to and from Goose Island, I glance at the old bridge and see us standing there under light #12. Fond memories for sure.

On a recent trip to the newly-opened Cedar Bayou with good friends Mike and Lisa Laskowski and John Blaha, another fond memory came to me. I'll walk you through the morning's events to set the tone. Trust me the reasoning behind this article is coming.

Reopening the fabled Cedar Bayou fish pass has been the talk of the middle coast for the past two years. The small winding gut that divides San Jose and Matagorda Islands has long been a favorite destination of saltwater anglers and in my teen years Dad and I would visit there whenever we had the chance. For whatever reason, until last Thursday, I honestly never really thought much about those long-ago days.

As we entered the pass from Mesquite Bay I made comments about the reefs along the banks of the bayou, noting that limits should come easily there when the tide is moving. The remnants of the game warden's shack came into view and I mentioned how the redfish would get shallow and tail in there. I should have just been quiet and enjoyed the ride but that is not my nature.

As we entered the boat parking zone Mike and I were busy preparing to wade while John and Lisa were taking photos, documenting changes in the bayou's channel during the previous week. John works for CCA and has been monitoring and overseeing the progress of the dredging and Lisa has been the on-site photographer for the project. Mike and I grabbed our rods and immediately started walking towards the mouth where bay waters meet the Gulf.

It was then that I started sensing something that I could not quite wrap my mind around, not an uneasy premonition, but a sense of something special waiting to show itself. I wrote it off as the excitement of being in the presence of all the things I truly love but can't always express.

Sea oats swayed in the breeze and the smell of the Gulf rejuvenated the spirit as we walked closer. The sound of the surf has always been soothing to me, even more so that morning. Mike had little to say, probably because I was talking enough for both of us. We stopped and looked at deer tracks and coyote tracks in the damp sand. The dunes were brilliant white and sparsely covered in new green growth due to recent rains. Bright yellow buttercups dotted the dunes, adding to the brilliance. Doves–Oh My Gosh–there were so many mourning doves flying that I couldn't keep my eyes off them. Ghost and fiddler crab burrows could be seen everywhere. I am not sure whether Matagorda and San Jose Islands are home to the curious kangaroo rats that inhabit the dunes on Padre but some of the borrows certainly looked like they could belong to them. My dad had a student that did his doctoral thesis at Texas Tech on these small rodents and I was able to go and check his live traps with him often. We caught all kinds of creatures, lots of the kangaroo rats. Even caught rattlesnakes.

As we reached the mouth of the bayou the strong current against my legs brought it all back to me. The flow had baitfish pushed along the edges of the main gut as it ran along the San Jose side and then turned south as it entered the Gulf. Pelicans and gulls made it known that predators were lurking below the massive rafts of mullet that have already found their way to the pass. Redfish larvae have also already been recorded since the opening, so it's working. Mike was the first to hook up and quickly released his catch. It was then that I had this funny sense come over me, one of the most incredible visuals I have experienced, including the birth of my granddaughter Raylee Jay.

Mike had walked to the inside of the bayou and I had walked toward the breakers. When I looked south, there stood a man in the surf that looked like my dad. He wore an old baseball cap, tattoo on his forearm, facing the SE breeze in waist-deep water. The lure looked to be red and gold and the reel appeared to be red. Unseen below the surface had to be an old pair of Converse High-Top basketball shoes. Tears welled in my eyes and memories of days long past came flooding back to me. I am the emotional type anyway and anymore it seems I get misty-eyed at the slightest things. I guess the internal clock is telling me that memorable moments are going to be fewer and fewer so embrace them while you can.

I took off my glasses to clear my eyes and when I looked up the image was gone. Had I really seen it? Truth is, there had not been anyone there, yet fond memories of my dad fishing there in my memory had prompted me to see it in my mind. It certainly felt real, and even though I know it was not, I felt fortunate to have had the experience.

They say our folks come back to visit at special times and I believe that if my dad was ever going to visit me it would be in a fishing setting. Dad, I am going to be back up there in a few days, just in case you feel like fishing with me again.

It has been 27 years since his passing but the memories are a pleasant reminder of how good a dad he was. Mom, you were great to allow me and Dad such quality time together, experiencing all we did together. I am more thankful for that than you will ever know.

So what does all this have to do with fishing? Everything!

Fishing is valuable because it allows us to spend quality time with our children away from cell phones, computers, and video games. Time when we can actually get their ear and let them know how special they are to us. Everything a good parent does is aimed at making life better for their children. Take your children into the outdoors and make precious memories with them–memories afield will sustain them through life's tough days ahead.

Special thanks to Mike, Lisa and John for sharing this moment with me; I love you guys.