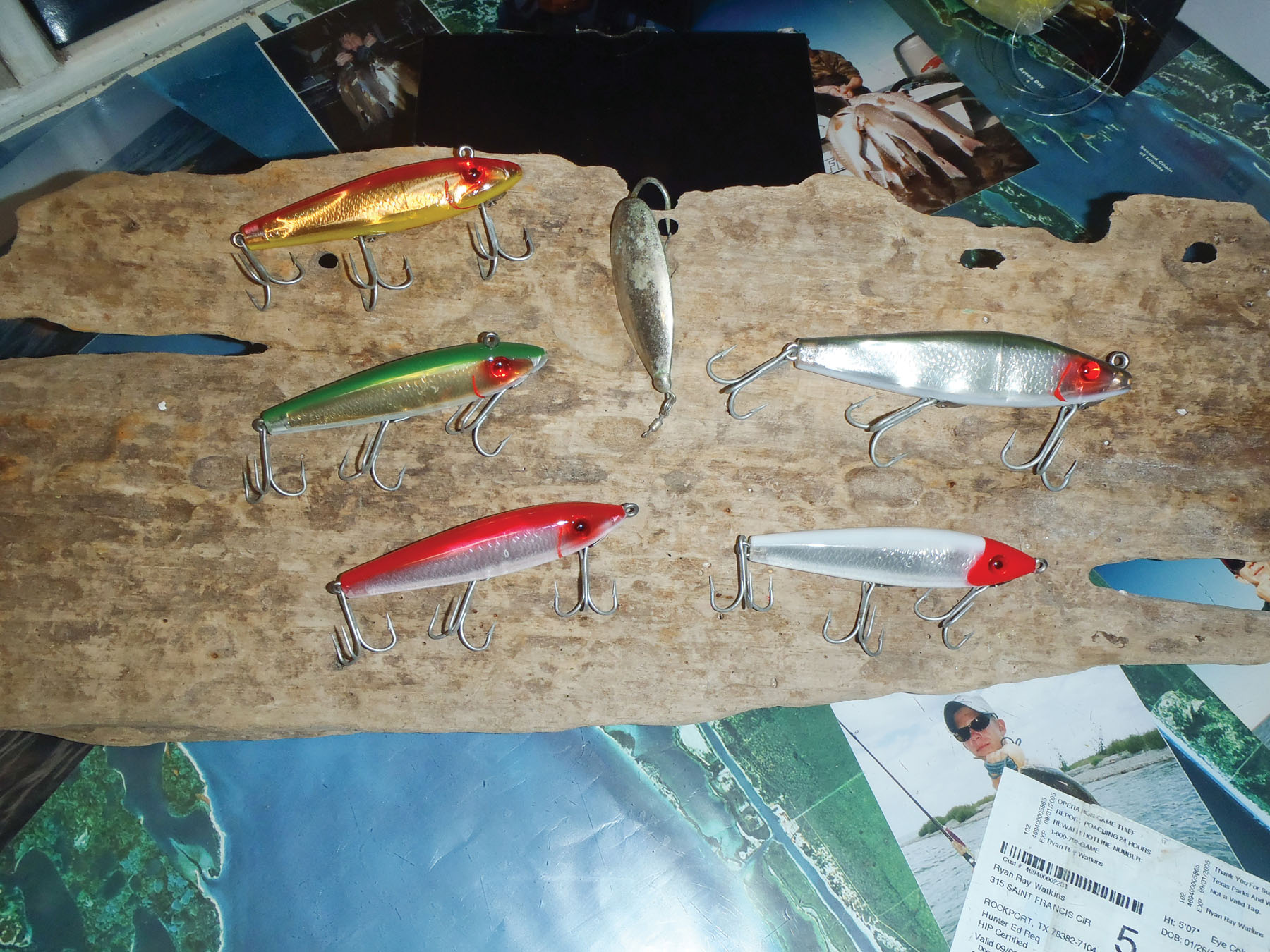 Back when I started fishing this is pretty much all we ever used.
I often believe that I have the easiest job out of all the writers in this magazine when it comes to what I will write about. Everett did me right when he suggested we title my column - Ask the Pro. Topics are seldom an issue as my clients are encouraged daily to ask lots of questions that test my knowledge and demand good answers. What I try to provide is the guidance that enables them to become better fishermen, which in turn will enable them to return to these same or similar areas and catch fish on their own.

The respect I have gained through willingness to share knowledge with my anglers has way outweighed any detrimental effect it has had on my fishing. I routinely have clients pull into an area and see that I am already there, and then quietly ease out. Giving is normally rewarded with giving in return.

So the other day I had a group that asked why I preferred wading versus drifting and using lures versus natural baits. What prompted the question was the approach of boat-bait fishermen arriving to the area as we waded the windward shore of a spoil island. It was an easy question for me to answer but as I did I realized that one of the main reasons I chose this route had to do with something much bigger.

Growing up in a lower-middle class family and being an only child from the age of eight set the stage for much of my angling knowledge. Understand that by no means did I have the first clue back then that fishing would become my career. Like many a coach's son I wanted to play college football though I possessed neither size, strength nor speed for anything beyond high school football. Truth is I would have ridden the pine if I even made the squad at any major school and a lot of smaller ones. As a career I often talked of becoming a lobster fisherman. Don't know why I wanted to do that, probably read something in National Geographic. My family had a subscription for years while I was growing up.

My dad took me fishing often during my childhood and teenage years but we seldom bought bait and when we did it would be fresh-dead shrimp. I doubt live bait was in the family budget and besides, there was no way my mom would have gone for carrying a bucket of salt water and shrimp in the back of the old Galaxy 500. So we bought a few lures and that is what we used.

Mostly we chunked spoons and the popular 52M Series MirrOlure. Soft plastic was relatively unheard of back then in the saltwater world. I still have a few of my first 72-Series MirrOlures I bought way back when and many of the old 52-Series. I became a lure fisherman because my family could not afford bait, simple as that. We waded because a family budget that could not afford a bucket of shrimp surely could not provide the luxury of a boat. My dad gave me the opportunity to fish and for that I will always be grateful.

As a beginner guide in the late-70s I chose to fish with lures because I honestly did not know how to fish with bait. We had such an abundance of trout and reds in those days that it didn't seem to matter what you used. There was not a fraction of the anglers or guides back then so the fish stocks easily withstood the pressure. Then we had freezes. I got married, had kids and divorced, remarried and divorced again, married and divorced a third time, and married again.

Through all that and needing to earn a living for my family, using bait during summer months became a strategy to gain business. It was short-lived and painful but did aid in introducing me to another facet of the fishing world that ultimately made me a better angler. I met some good people during that period that followed my lead and are still getting wet with me on a monthly basis, nearly thirty-five years later.

Then one day it came to me. If you can sit in an anchored boat and catch thirty on bait, why couldn't you stand quietly in the same spot and catch as many on lures?

It was tough at first, took quite a few years for me to become confident in myself and then learn to convince clients; that we could actually stand in a good spot and wait for the area to develop. Once this is learned though, it is lights out for anyone trying to compete against you.

Another reason behind the wading-with-lures gig was the simple fact that with lures I could promote a year around fishery. After all, lures are available all the time, not just during certain seasons. What it boiled down to was being able to fish 365 days, and that certainly beats trying to earn a living in only five or six warmer months when bait is available.

Not once have I had to stand in line with a bucket at 4:00 AM, only to be told they'd sold out when it was finally my turn. My spoons, MirrOlures and Bass Assassins have never died in the bait well although I have had seagulls dive-bomb my topwaters until they figure out that it is not something they want to eat. Loons are another story. In winter they will eat a Corky or Bass Assassin, given the opportunity. Maybe we can talk more about that someday.

Another good thing is never having a bag of Bass Assassins stink up my truck while I was on vacation. Can you imagine what one shrimp or croaker that hopped out of your bait bucket and ended up under the back seat would smell like after a week in the summer sun at Hobby Airport?

The final reasoning behind wanting to pursue and promote wading with lures was based on a sportfishing world that (at the time) was dominated by freshwater bass fishing and a want that pushed me to be viewed differently. Different is how I describe being recognized as better, for any that might be confused. And I wanted to be recognized as the best at what I did.

I spent many hours watching Hank Parker and Bill Dance in my younger years and admired their knowledge and willingness to share it. Seldom did I see these anglers using live bait even though many still did in bass fishing at the time. I viewed them as better anglers, making a living fishing with lures. To make a decent living fishing I knew right then I would need to become a better angler myself and recruit a clientele who also wanted to become better anglers.

I believe I was right to take this less traveled road, moreover to take the route of sharing my knowledge, teaching what I have learned to others. This has proven to be very satisfying to me. Maybe I should have followed my dad and became a school teacher coach instead, as much as I enjoy teaching. What I guess I'm trying to say is I am fortunate to have found my place in the hustle and bustle fishery that surrounds me and it has provided an excellent living.

For the record, this is not to bash any form of natural bait. I want everyone to know that I have nothing against fishing with whatever kind of bait one wishes to fish with. I just like the challenge of making them take something that really isn't real.