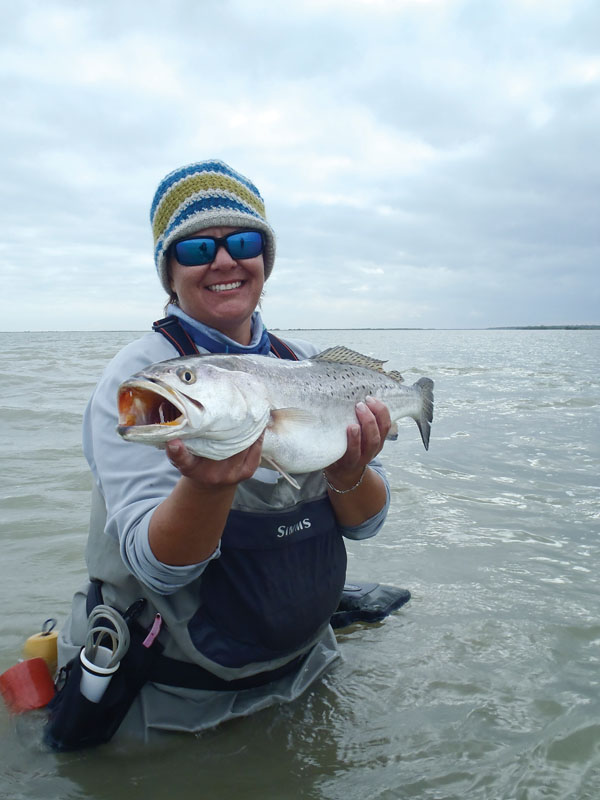 I have something I want you to try the next time you arrive at your favorite fishing area to find the entire Facebook/Twitter/Instagram crowd already waist deep. For the record, I do not engage in social media but neither do I oppose any that do. I prefer my website instead to inform, teach and promote my business.

Having said that, we have all no doubt run into the situation I just described, and being frustrated is fine, but being outraged is ridiculous. Outrage that leads to obnoxious behavior over somebody beating you to a fishing spot not only ruins your day, but likely also ruins it for others.

Many years ago I learned that "X marks the spot" locations are certainly not the only areas where fish can be found. Today, I actually love to see boats stacked in small areas; it simply leaves more water for me to investigate and possibly locate fish the crowds will never know exist. Truth be told, the majority of the locations I fish are not what the X-spot crowd would consider primo, anyway.

Leaving an area known to be holding "catchable" fish, especially big fish, requires an exceptionally confident mindset. Back many years ago when Jay Ray and Ryan were young boys, they would ask whether it bothered me to have boats pulling in on all sides of us and getting out to wade. My answer was simple"They know the fish are here because they see us catching them. But, they don't know why they're here. When the fish leave, those guys won't have a clue as to where they went, nor why they left." This was not arrogance I was spouting; it was the plain, simple truth.

I learned to fish through trial and error. We were without a boat for most of my teen years, so walk-in wade fishing was how we fished and we were quite limited in the areas we could access. I benefited from those experiences later in my guiding career as I had developed the ability to define fish-attracting aspects of a given area when I was young. I do not believe there is a better way to gain a feel for an area than getting your boots on the ground.

Confidence enables me to get out and work an area, all the while evaluating its finer features. My angling skills in getting fish to eat are probably not any greater or more special than most of you because, when you really get down to it, you can only make a Bass Assassin or a Corky do so much. Sure, I have continued to tweak presentations, and improvements in tackle have certainly aided in my success. However, the most overlooked aspect in the go-it-alone style of fishing is simply the lack of pressure on the fish in the area you are fishing. Greater numbers and less pressure typically provides higher angling yields. For years I have observed excellent anglers overlooking potentially productive areas simply because there is no X on their bay fishing map.

The toughest hurdle anglers face is having staying power in an area they are not familiar with when bites are not coming. Your mind will play tricks, you will second-guess your decision, and your confidence will naturally wane.

The only way to conquer this is to search out areas that have characteristics similar to the one you had planned on fishing, but arrived too late. Once in the secondary area you must stay the course and let the area's layout and the fish that are present direct your movements.

Remember that bait schools move throughout the day and gamefish move with them. This is caused by tidal movement, wind switches, changes in water clarity and also changes in sunlight. Sunlight plays a big role during winter's periods of prolonged cold and overcast.

When trying to learn new areas, your buddy with aspirations of being a track star will absolutely kill your chances. Leave them at home if they are not willing to spread out in an orderly line and work slowly and carefully through the area.

I will tell you how strongly I feel about this. It pisses me off seeing people doing this, even when fishing with other guides. It is so easy to get a clear mental picture of where the deeper guts and draws run as well as all the shallow humps and table tops on the flat when everyone is working a similar line. Once fish patterns start to develop it is easy to adjust and fine tune everyone's position. You need to be committed to spending long periods that include solunar major or minor feeding periods. This will reveal the best of everything the area has to offer.

Another very important skill that anglers need to learn or improve on is their approach and exit to and from a fishing area. In my latter years of guiding I have learned to enter an area with several important things in mind:

Guides from all parts of the Texas coast ask how I manage to put up with the crowds in my home waters around Rockport. I guess I honestly don't pay much attention to other anglers and have always sought out areas that had characteristics similar to those that have been known historically as hot spots. I have always believed there are more places that hold fish than those we are aware of, you simply have to seek them out and learn to fish them.

As winter's grip loosens and temperatures rise, crowds are sure to gather around all those X-marks-the-spot locations. Take some time and let a new area show you its real potential. You'll not only gain a lot of fishing knowledge but you will also likely find a few new Xs of your own.