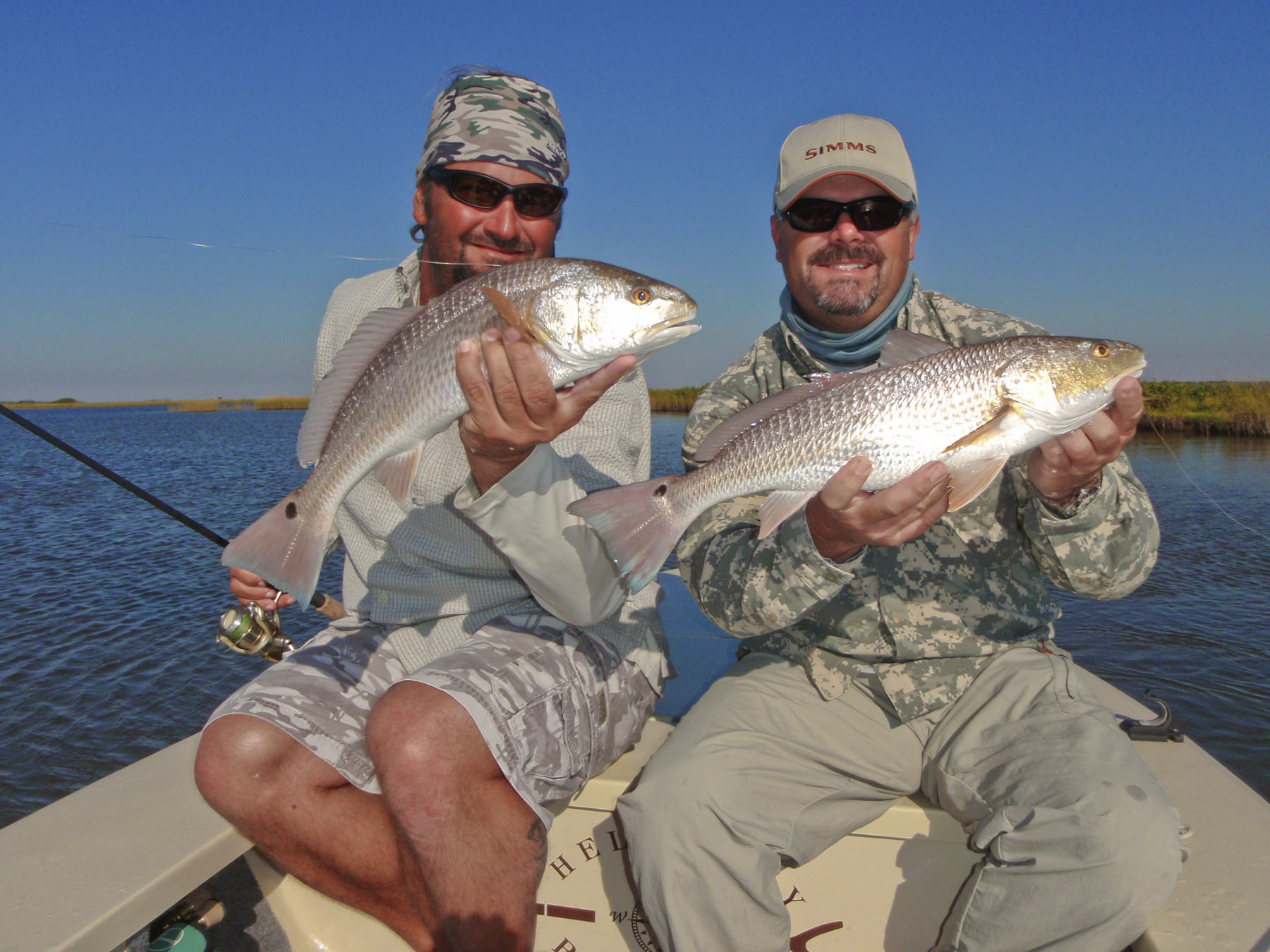 I see it daily; people step on my boat with one thing and one thing only on their mind. They want to sight-cast to redfish with a fly. That is great for me because that is what pays my bills however, it is that tunnel-vision attitude that prevents many from being able to truly enjoy one of the best parts of fishing and that is the catching. Sure, I am all about the challenge and more importantly the experience but let us face the fact that when we go fishing, we want to catch a fish or ten. That is why I feel it important to master or at least be somewhat proficient in every aspect of fishing and become what I like to call a complete angler.

A complete angler is one that feels just as comfortable throwing a spinning or casting outfit as he/she does a fly rod and is content with doing what is necessary to catch fish no matter what conditions Mother Nature has dealt.

The simple fact is, there are going to be days when the fish are particularly punky and nothing short of a flawless seventy or eighty foot fly cast is going to get it done without spooking the fish. Unfortunately, I have very few anglers that can consistently make perfect fifty foot casts much less tack on another twenty or thirty feet. Then of course there are the days when the sky is cloudy and/or the wind is ripping 20+ mph and shots are sometimes only fifteen to twenty-five feet. Casts must be quick and of minimal effort and fuss to catch these fish. In short, anglers must have great eyes for spotting them and must have their short game going or success will be sparse at best. Again- this is a skill-set that very few anglers that step foot on my boat possess.

One way to address these issues is to practice with fly equipment. Sounds simple enough, huh? Well not for the guy who works 60 hours, has two or three kiddos, and who might only get to fish a half-dozen times a year. The answer lies in the willingness to revert back to the tackle that you learned how to fish with; i.e. spinning or casting gear. And, for those who have never used the stuff, well learn how. It can sometimes mean the difference between catching one or two fish and catching twenty. Do not get me wrong, there are days when the competent fly angler will out-fish the conventional angler three-to-one but they are few and far between.

Not too long ago I had a couple sports on my boat and the fishing was pretty good at least from my vantage point. Although it was windy and cloudy there were feeding fish everywhere. Of course most of the fish we did not see until we were right on top of them but everyone that we came upon was doing a headstand while rooting the bottom with their tails barely visible below the surface. Well, these guys had absolutely no short-game to speak of and most fish were spooked by hurried casts that either lined the fish or dropped the fly way too hard on top.

After watching them struggle I suggested that we start blind-casting the fly ahead of the boat and towards the shore where we had been spooking the fish. They both looked at me like I was going to Hell for such a blasphemous suggestion. To give them credit, they took my advice and one of them managed to put a couple of fish in the boat while the other struggled to get the cast far enough from the boat to effectively cover the water.

The next day we had great conditions early and they managed to boat several fish and then the weather took a turn for the worse. Mind you, it had not become dangerous; things just were not right for fly-fishing so I suggested breaking out the spinning gear and tossing a spoon. That is when they more or less said, "If we can't fly-fish, we would just rather prefer to go in."

Now, I'll be the first to admit, there was a time when I was a fly-fishing snob. I would not touch anything but a fly rod and I would not let anyone step on my skiff with anything but a fly rod. Well here I am many years older and wiser thinking back to what an idiot I was. Now days, I rarely get a chance to fish myself or with my friends so when I have the opportunity to get on the water, I use whatever method makes the most sense to get results outside of anchoring with bait. I mean there is plenty of sport to be had casting a spoon or jig along a shoreline or into potholes and I do not care what anybody says, it is just as fun to fight a nice fish on a light spinning rod as it is to fight one on a buggy whip.

Just this past fall I had a chance to share the skiff with two of my closest friends, Wright Taylor and Brandon Smith. We are all fly fisherman first and foremost but it was nice to get to share the bow with each other. To do so, we put down the fly rods and unsheathed a couple of spinning outfits. After a half day of multiple doubles we got down to business and caught a few on the long rods. It was one of the most fun days of fishing I had experienced in a long time.

I guess my point is there is no shame in going out and enjoying a day on the water no matter how you do it. Sure we all say that a bad day of fishing is better than the best day at work. Well if that it is true, I would think it is not all that bad to set down the fly rod and pick up the "Bubba" tackle when the wind blows or the clouds roll in and just enjoy the day and catch some fish.