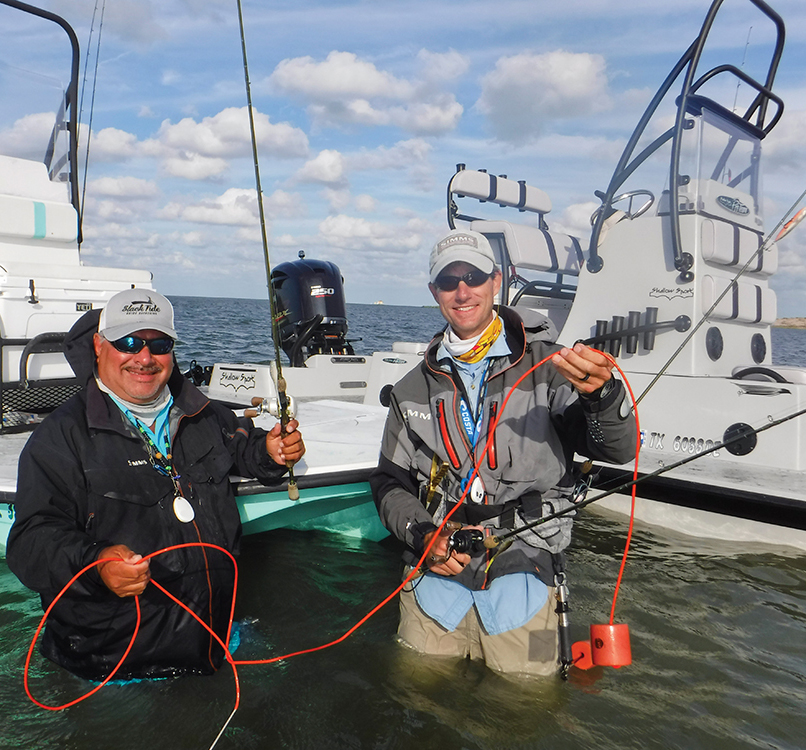 If you are a regular reader and follow Capt. Wayne Davis and Capt. Ernest Cisneros in this magazine, you are likely already aware of their Empty Stringers Catch & Release Program. Exactly as it sounds, anglers who book with Wayne and Ernest and elect to participate in the program release all their fish. To commemorate their day they pose for a photo, brandishing their empty stringer. (See this month’s cover.)

Ernest says his conservation ethic developed over time until one day it really struck home. “My son Aaron and I had a two-boat charter out of South Padre, ten anglers total. We had a very good day and all the guys kept limits of trout and redfish. I overheard a passerby on the dock remark to his buddy as he eyed the pile of fish we were working on…‘those guys sure know where to find them but don’t know much about releasing them.’ That was a light bulb moment for me.” That was in 2016, the year Ernest became more dedicated to conserving the resource.

Wayne’s moment was very similar, also during a two-boat charter, later that same year. Remarkably, or perhaps not so much, Ernest was captaining the second boat.

“Our boats were side by side and we were preparing to pick up our anglers after the final wade. Looking in the ice chests we agreed we had guided the guys to a haul…too big a haul! That was the day I joined Ernest in Empty Stringers.

This is not to say anglers cannot take a few home for dinner when fishing with Davis or Cisneros. As a matter of fact, they still run more “keep” charters than Empty Stringers, but the idea is catching on and “Empty” days are steadily growing in number. Logging in the neighborhood of 180 charter days a year is about their individual average. And, to their credit, they have been averaging nearly a third of those dedicated to complete catch and release.

More about numbers, Wayne and Ernest keep accurate logs. Since 2016, their combined efforts have contributed 8752 gamefish releases – legal gamefish that could have been retained under TPWD regulations. And this does not include their personal fishing days. These fish swam out of angler’s hands on Empty Stringers charters.

Can the efforts of two guides make a difference? I believe the answer is a resounding yes! Not only in the number of trout, redfish, and flounder being released to help replenish the Laguna Madre, but also in the attitude it engenders within the broader angling community. Compare what they’re doing with fishing guides who say, “My customers won’t come if they can’t keep fish.” All I can say is a smidgeon of leadership goes a long way toward changing minds.

Never forget that the greatest enjoyment in fishing is catching!