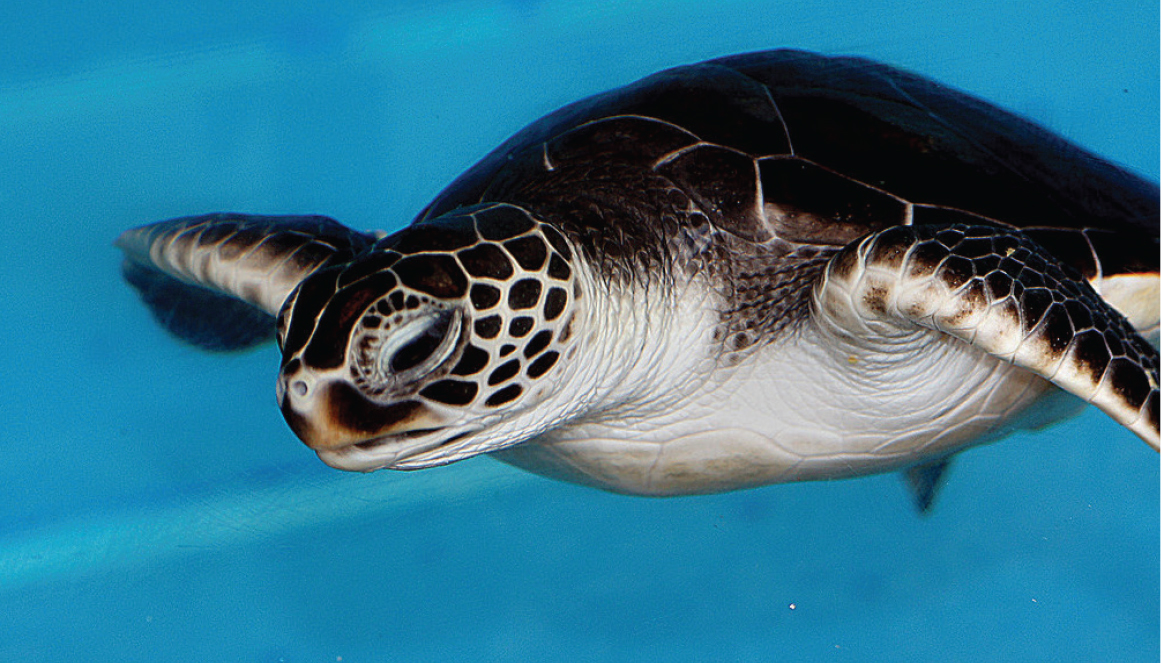 Many young sea turtles seek out the Sargaso Sea. Credit: Bernard Spragg/Public Domain
In storybook tales of old, sailors feared the Sargasso Sea as a mythically cursed region where the mightiest ships mysteriously vanished. Those stories, of course, are pure fantasy. This legendary sea doesn’t actually harbor a graveyard of doomed ships. But scientists have recently learned of an even greater treasure hidden below its famously calm blue waters—one that provides clues to an entirely different mystery.
Biologists have wondered for years where green sea turtles go during the years between hatching from Florida’s Atlantic coastal nests and returning to those beaches as adults. Learning where the young turtles go in open ocean during these “lost years” can help researchers design better conservation strategies for these endangered reptiles. It turns out they head to the same place that superstitious sailors diligently avoid: the Sargasso Sea.

Researchers attached inch-long solar-powered tracking devices to the shells of 21 baby green sea turtles. These devices provided geographic data to the scientists until the devices detached from the shells naturally. The scientists released the turtles into the Gulf Stream 10 miles from shore and were able to track them for up to five months. Two thirds of the turtles left the Gulf Stream to enter the western or northern Sargasso Sea. In a previous study, seven of 17 loggerhead turtles had done the same.

Until this research, scientists thought these teenage turtles simply rode the Atlantic ocean’s currents wherever those currents took them. The fact that some turtles leave the currents to actively seek out the Sargasso Sea has revised scientific thinking about their habits in their lost years. This new insight may help conservationists ensure that more of these endangered turtles survive.