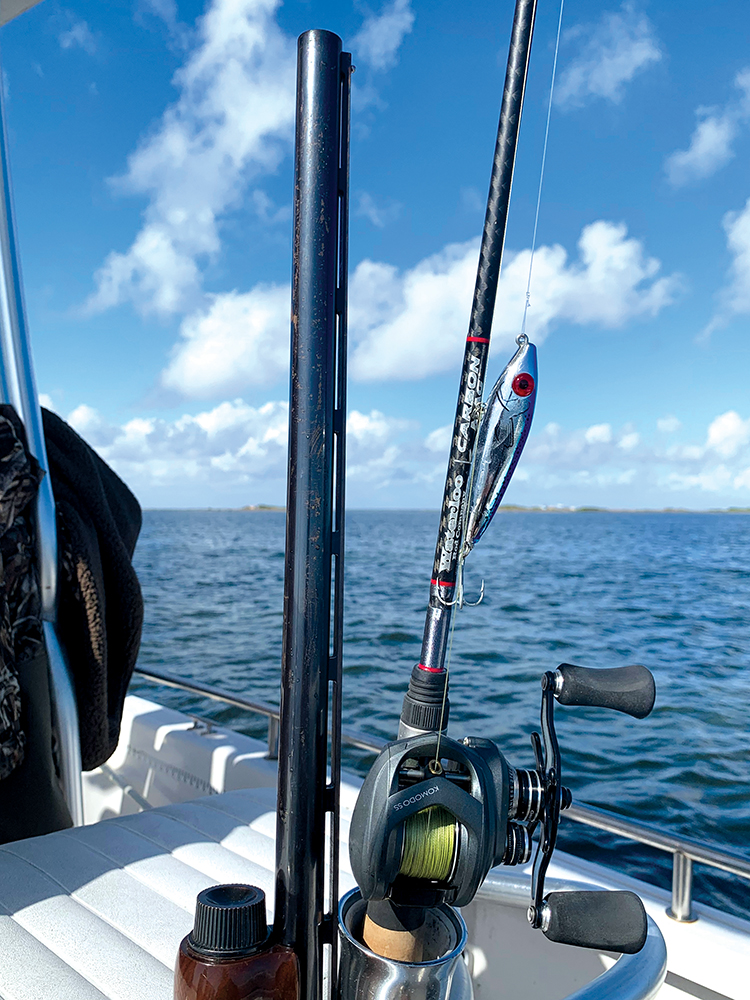 The best of both worlds for coastal outdoors enthusiasts are about to bust wide open!

Let’s face it, very seldom are we presented with opportunities where it’s almost impossible to make a poor choice. If there was ever a time where that exact scenario were to be played out in real life, it would have to be in November because this is truly when the magic happens for Texas sportsmen in general, more so for Texas anglers. November is the culmination of many months of anticipation as both fishermen and hunters converge on the outdoors to take advantage of more opportunities than they will likely find all year. Weather patterns will change and seasons will open up for all to enjoy which is exactly why it’s hard to go wrong in November.

A noticeable buzz can be heard all across the state of Texas, starting in the Panhandle and rising to a nearly deafening crescendo at the Gulf of Mexico as both hunters and fishermen charge into the outdoors with dreams of filling tags and stringers with all sorts of game and fish. I know that TSF is a dedicated fishing magazine but it’s no secret that many of our writers also enjoy hunting as well. There are very few folks who are as crazy passionate about turkeys and waterfowl as our very own editor, he is obsessed to say the least. I can’t blame him or any of our other fantastic writers for taking advantage of the opportunities presented here in the Lone Star State because we are truly blessed to be living in the greatest state in America – hands down.

Now for those who plan to wet a line in November you can sum up your game plan with one word and that is “options.” There are few months where the list of options is any longer, or any better for that matter; the entire fishing spectrum is absolutely wide open. From the backwater marshes to the big water of the gulf you can chase just about anything you would like this month and generally have the odds of plentiful catches in your favor. Conditions here on Sabine and Calcasieu have greatly improved over the summer, thanks in part to a major influx of saltwater from a couple of storms along with a major flushing of the marshes after several days of big north winds in September. Both bodies of water appear to be rejuvenated and primed for some serious fall fishing.

Perhaps the best game in town this month will be schooling fish under the birds. Big numbers of trout and redfish will roam the lakes and bays punishing shrimp that have been dumped from the marshes. Chasing schooling fish will no doubt be a numbers game as you will have to weed through undersized fish in order to find some keepers. The ratio of small fish to keeper-size has gotten better as of late and that certainly is a bright spot as we look ahead to the spring. I expect some really good fishing for both numbers and better size to happen this spring, judging from all the 12-14 inch trout swimming around right now. With that in mind please keep the resource foremost in your thoughts and keep only what you intend to eat fresh. Sabine and Calcasieu are still in recovery mode from past weather trials and tribulations.

If chasing school fish is not your bag and you are looking to score a bigger fish, November is also tailormade for trophy fish. Some of the absolute biggest fish I have ever seen in my time on both Sabine and Calcasieu were caught in November so this month can truly be special. Searching for big fish on days prior to cold fronts as well as a couple of days after a front has passed has been the ticket for me when I was looking for a big trout. I really like afternoon incoming tides over shallow mud that has been warming all day in the bright sun, these spots seem to be magnets for better fish and usually produce consistent results.

It’s hard to think about either Sabine or Calcasieu and not have flounder come to mind because there may not be any other places along the Texas or Louisiana coasts that are better venues for flat fish. Deep water passes leading to the gulf are the keys for catching really quality flounder as these fish make their annual spawning migration to the gulf. The passes act as a natural funnel and concentrate these fish into smaller areas making them much more accessible to anglers. Now having these fish become much more vulnerable to being caught requires some responsibility on the angler’s part. Every year we see people blatantly breaking the laws by keeping too many when they are so easy to come by.

Please Take Note – New Texas Flounder Regulations: Texas has enacted a special regulation beginning this year; the flounder fishery will be closed to harvest during the month of November and continuing until December 14. This is the first year under this new regulation and flounder fishing will be on a catch and release basis only until December 15. The purpose of this regulation is to allow mature flounder to escape to the gulf for spawning. Know the law and respect it. It’s for the good of the fishery for future generations to enjoy.

Other programs that will come to the fore in November include huge numbers of big bull reds at the passes and jetties, along with the return of red snapper to Texas Territorial Waters (inside nine nautical miles). These exciting fishing opportunities will help spread the effort, which means less crowding on inshore bays. Add the number of fishermen that will be picking up a rifle or shotgun and the crowds will be dispersed even more. It’s like I mentioned earlier, “You just can’t go wrong in November.” As always, enjoy your time outdoors, be safe, and be courteous.

November Is Dealers Choice on Sabine