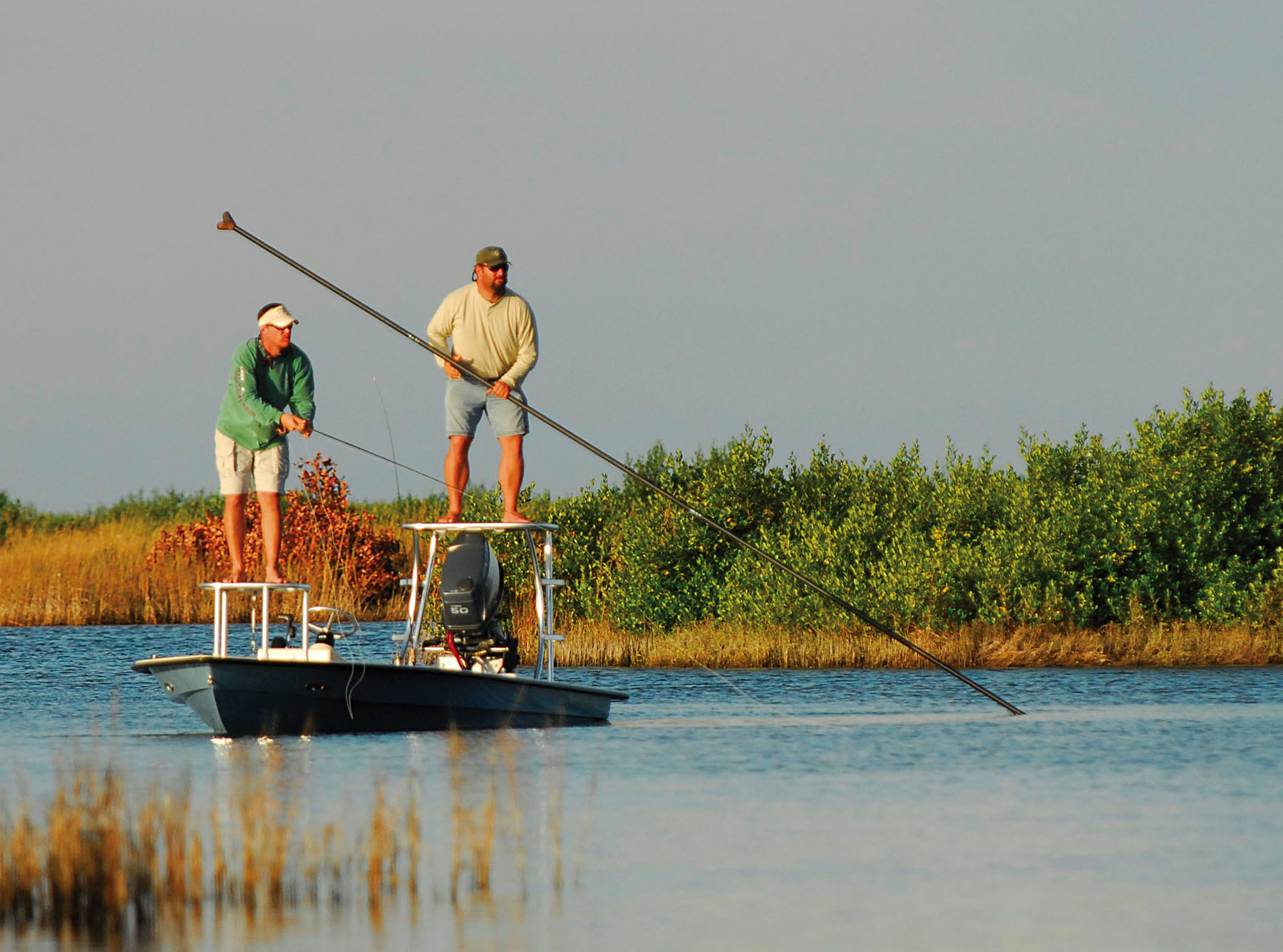 As long as I can remember, I have loved boats. They have always been a passion, if not an obsession. From the rubber blow-up boat that I used to bass fish on a local lake in my youth, to my first outboard driven aluminum vessel of my teenage years all the way to the 41' Utility Boats and 44' Motor Life Boats that I drove in the United States Coast Guard, boats have been my life. But all in and all done, nothing has had a bigger impact on my life than the three skiffs that I run now.

In fact, I think I actually like boats and every little thing about them as much as I actually like fishing. I mean, not only do I like driving them, but I also like analyzing their performance and the rigging. From the running surface of a boat all the way down to rigging and outfitting, I study every little detail trying to figure ways to make them better.

It is actually kind of funny in that, I probably spend more time on the phone with my friends talking about the subject than I do anything else. Not too long ago, I was talking to my old high school buddy Wright Taylor, who now lives and guides out of Marco Island in Florida, and I asked him if he realized how much time we spend talking about our skiffs and about what we might do different when it comes time to get another one. I love the hull of the Hell's Bay Skiff that I am currently running but, it is small and requires a lighter motor. So the discussion always seems to revolve around what is the best outboard motor to hang on the transom. With the lighter two-stroke motors having gone away, it is a major decision. Do you sacrifice draft to get horsepower with the heavier four-stroke or do you forsake power for draft by going with an ETEC or Tohatsu two-stroke. Or, do I switch to another hull from the HB lineup that is better suited to handle a 200 pound plus motor. Well, fortunately it is not too big of a dilemma because I had the sense to buy a couple of spare two-stroke outboards for this particular hull before they went away for good. The point is that it is fun to research and discuss.

Another aspect of boats that I have truly enjoyed is the outfitting of them. By outfitting I am talking about all the little things beyond the hull and motor. Push poles, platforms, electronics and electrical systems all the way down to how and where to store all the little items that we as anglers, need for a successful day on the water. Over the years I have utilized Pelican Cases to store everything in. They are completely waterproof and come in a variety of sizes that allow me to utilize the various cubby holes beneath the fore and aft decks. These cases, however, have one major flaw in that they are heavy in comparison to so many other ways to keep gear dry so, I am currently switching all of my loose gear into the clear-sided Simms roll-top dry bags. Who knows, I might not like this system and will have to look for another way to keep gear 100% dry and organized. I dread the day I have it all figured out. Once I do, I imagine it will not be as fun. I suspect we are a long way from that day.

Over the years, this boat thing has taken me to some really silly places. Several years back I decided I needed a skiff to hunt ducks from so I started shopping. Not finding what I wanted, I decided it was time to build one. What a goat-roping that was! What should have taken only a couple of months utilizing my buddy Shane's and my spare time, turned into a six month journey of disappointment and discovery. And, to this day, I would not give up the experience. When we finally made the first hunt from it, to say the least, it was an overwhelming feeling of satisfaction. Of course now, I really want to take what I learned from building the first skiff and apply it to a newer, more sophisticated version. I am telling you folks, boats make me stupid.

Well, I don't imagine I will be building another skiff anytime soon but chances are in the next year or so I will be ready to add another vessel to the fleet. I mean let's face it, anything less than three boats cannot constitute a navy. Oh, wait a minute; you cannot have a navy without air support. HmmmI am wondering if maybe some sort of aircraft might be in the future, maybe an ultra-light airplane or perhaps a small Cessna? I know I have issues.