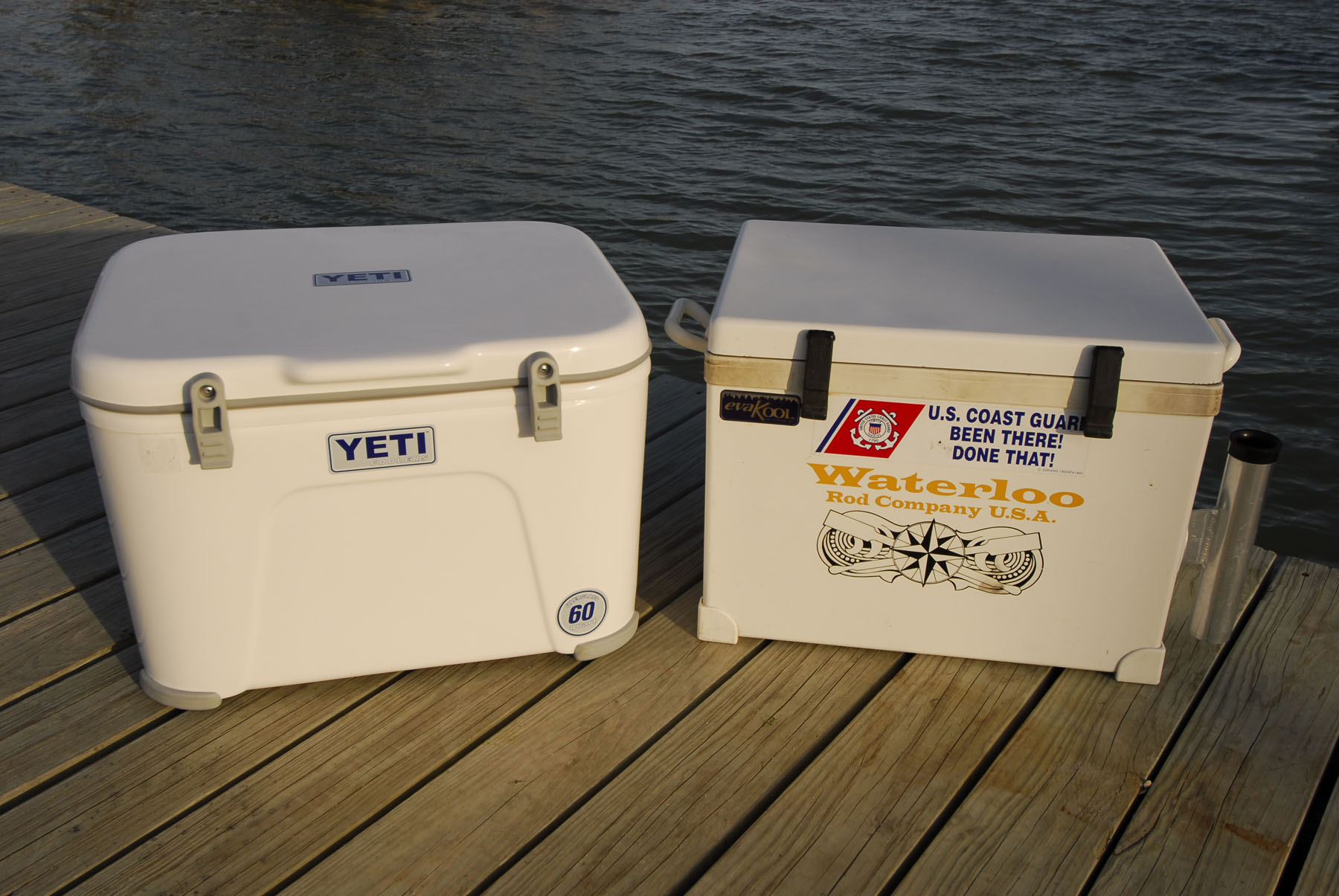 "Why would you spend that kind of money on an ice chest?" a buddy asked me recently. My reply was simple, "Because it is the best."

As a guide, it very easy for me to justify spending a little extra on any piece of equipment under the guise of- my customers are paying a premium for a service, therefore they should have the best equipment that money can buy at their disposal. Unfortunately, that is just something I say to offset the real reason I spend a ridiculous amount of money on the things I do.

You see, not only am I a guide, but I am also an angler and, as anyone who knows me can testify, I take my fishing very seriously. Heck, some have even accused me of being obsessed but I pretend to not know what they are talking about. Anyway, when it comes to my equipment, I buy only the best.

This philosophy even extends way beyond boats, rods and reels. In fact, some would say that one of the most outrageous purchases in regards to my gear would be my Van Staal titanium fishing pliers at around $300. Sure I could go out and buy some cheap pliers and replace them every couple of months at $20 or $30, but doing that for a couple of years begins to add up. Instead, seven years ago I spent the extra pesos to purchase a top of the line product about that serves me as well today as when the tool came out of the box. (Did I mention that I have never even rinsed them off?) In fact, as a flats guide, I would consider them (pliers) the single most important piece of equipment apart from my boat. The point is, quality is worth paying for, and the best usually comes at a premium.

That is one of the reasons that years ago, when I went fishing with a friend and saw that he was sporting a sexy new fiberglass ice box, I knew it would not be long before I got my grubby little hands on one. And, if looks and price tag were not enough to grab and keep my attention, the ability of the box to keep ice over a long period of time sold me. We had gone on a four day excursion into the Everglades and when we came out of the park, there were still cubes from the original two bags. It was a no-brainer but, there was a catch- these boxes were tough to come by and because I had to have one right then and there- ordering one through the mail just was not going to cut it. Then there was a break-through. . . .

My buddy had hinted that he had found another box of a size more suitable for his boat so with a little prodding, I left Florida with a new ice chest and have never been disappointed in my ridiculously over-priced purchase. In fact, I suspect that the money I have saved in purchasing ice 200 plus days a year for the last five years will have paid for the box several times over.

Now all these years later and with a new boat in the works (sooner than later I hope), I started thinking about my trusty ice box and what I would do to replace it. I mean, let's face it- a person cannot get a new shiny boat without a shiny new ice chest. So, while shopping around I started thinking about all of the things I would change or make better about the old box if I could (yes, it did have some shortcomings) and discovered that someone had already done that for me in the form of relatively new product- the Yeti.

The Yeti is high-quality fiberglass chest that not only keeps ice as well as my old chest, but is quite a bit more user friendly in that it has improved on an already stellar design. The new box has better hinges and the somewhat flawed latches of the old box have been improved dramatically. Another flaw of my old box was handles that grabbed my fly line. This was addressed by the makers of the Yeti by molding some nice ergonomic handles into the side of the box. Heck, they even threw in a food rack for preventing soggy sandwich syndrome. For those of you who are not familiar with this disorder- soggy sandwich syndrome is the crankiness displayed by a fishing guide who just choked down a water-logged sandwich for his lunch. Anyway, the short version is, I just had to have one despite the price.

Now days, the old cooler is used to transport food and such back and forth from the fish camp while the new box spiffs up the looks of the old boat while awaiting the arrival of the new skiff. The funny thing about it is this- while fishing with a friend today I got all excited while telling him about the new boat that I was getting this summer.

After listening intently for a little while he asked, "How much are you getting it for?" I told him and he replied, "Holy #$&*, how can you spend that much on a boat?"

I smiled and said, "Because it is the best."