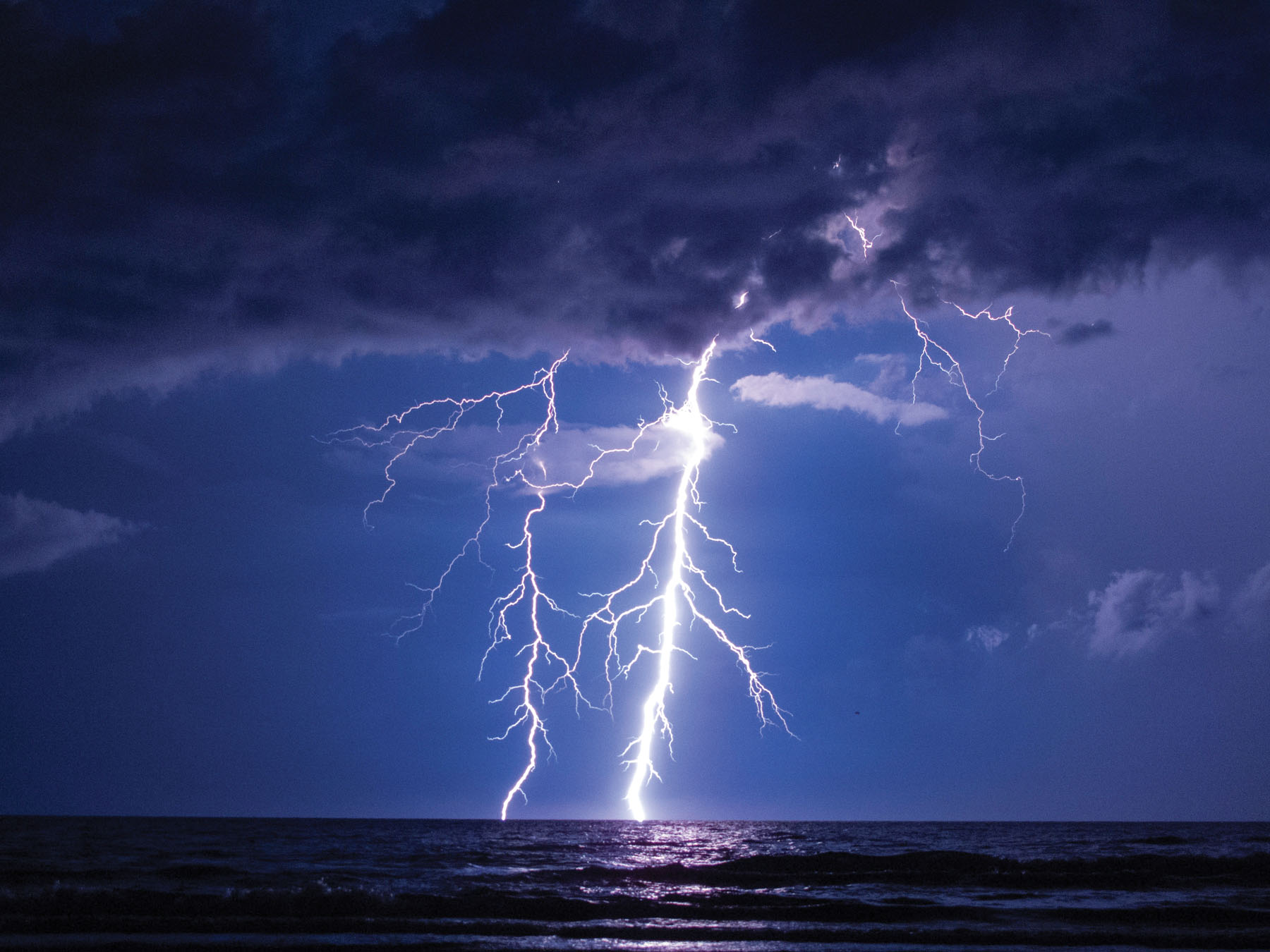 Our great sport thrives due to the remarkable personal experiences we gather during countless unforgettable adventures. Photography has long been a prime medium to freeze and capture time, encasing the moment to reminisce upon. Now with a digital camera and digital photos, this is available to everyone.

There is no greater joy than sharing these moments with others who were not there - allowing the eagerly anxious to be swallowed up within the vivid digital photos during your storytelling. We are living in an incredible time period in regards to media technology.

Imagine if every outdoor enthusiast in the early to mid-1900s possessed some sort of high-end digital camera. The ability to look back in history with extreme clarity at what once was, both in society and nature, would be the greatest asset in historical documentation.

Unfortunately, technology of those early times produced a limited availability of cameras sportsmen could afford to purchase and carry afield. Photos back then were fair quality at best, made with expensive and bulky equipment, not to mention that attempting to make a quality photo was extremely tedious with low light and/or movement in backgrounds. High-quality, user-friendly cameras just did not make their way into anglers hands until well into the latter half of the last century.

With this being said, we do have to be very thankful for what was captured on film during the founding years of angling and sportfishing along the Texas coast. If it were not for the sub-par (in terms of modern standards) cameras of the 30s, 40s, and 50s...could our imaginations really conjure up the black and white images of mammoth 500lb+ Goliath Grouper taken from various structures of our coastline? Or what about the monstrous sawfish such as the legendary Texas state record by Gus Pangarakis from 1939?

These incredible photos, which in reality are classic visual artifacts, record but a mere micro-fraction of all the incredible catches and aquatic adventures that have ever been embarked upon.

Photographic documentation on today's scale would have preserved many more unbelievable feats and encounters that were lost over time. There is no telling how many 15 pound seatrout over the past 100 years have really been caught from the bays.

As an avid shark-fishermen, I wonder how incredible it would be to have the chance to look at photos of countless 12+ sharks that were caught or encountered before the 1960s and never photographed. The vast majority of these stories were lost when those who were there passed on. Photography is a means of record keeping and logging the past. It is not only about sharing a piece of time with your friends, but with humanity in general.

So lets jump ahead to present day and with the advance in technology, the shear capabilities are nothing short of amazing. More people than ever are utilizing digital media to capture and share their experiences and we are all better for it.

I make no claim to being a professional photographer. I received no training other than trial and error, the same as all of my computer-related endeavors. Thanks to technology though, you do not have to be a scholared professional or need to use the highest-dollar equipment to get stunning photos. Technology makes up for a lot but you do need to be keen about the main concepts of successful photography.

Taking a good photo is far more than just pressing the shutter while randomly pointing at your subject. Everything from lighting, framing, amount of movement, and the ability to properly focus contribute to taking a quality photo. With todays latest and greatest in digital cameras, the auto setting takes care of many of the fine-tuning issues.

I did not think much about photography in the early days of my fishing career. During beach trips I carried cheap disposable cameras if I remembered to pack one. My mind was wrapped around just getting out there and having fun, hoping to fill the ice chest. If I managed to catch a decent fish, then of course I would take a picture. It was not until I purchased my first Canon digital with underwater housing in 2004 that I realized the endless possibilities that lay ahead.

The images were crisp and the colors brilliant. My trips soon involved a whole new area of fun... photography. Not only did I take pictures of mine and other peoples catches, but also of the scenery. Anyone who has read my online reports over the years knows that it is not just about the fish, it is about the experience the journey in its entirety. Everything from anomalous weather to the beauty of nature captures me, and in return I capture it.

For nearly a decade, I have every digital photo I ever made saved and backed up on hard-drives. Thousands upon thousands of photos reside on these drives, which is pretty much a visual data log of my life for the past 10 years. The more photos I take, the more I enjoy it and am constantly learning the tricks of the trade.

For newbies or anyone just wanting to get more acquainted with the digital era and photography in general, there are a few tips I can give that will be beneficial to the success of making the best out of your beach and kayaking photos.

First, above all if possible, get some sort of housing to protect and waterproof your camera from the elements. This is quite essential, especially for kayak fishing. Electronics and saltwater do not mix. If you get your gear soaked you might as well toss it down into Davy Jones locker. Canon for example has a fine line of compatible housings for many of their cameras.

Secondly, whether on the sand or in the yak, always maintain a CLEAN lens. Any small droplet of water or smudge on the lens will ruin a photo. Keep a dry, debris free cloth handy to clean the lens at will.

When taking photos of a particular subject, whether an individual posing with a fish or something completely random, proper lighting will help bring your photo to life. Move to an appropriate angle to get your subject out of the shadows and into the light.

Also, try not to zoom in too far on an individual, especially if they are posing with a fish. You want the entire subject to be within the frame of your photo. In the same respect, you don't want to be too far away from your subject.

Another useful tip while taking photos of an angler with a large fish or shark on the sand is to kneel down and get level with the subject. Shooting down at an angle distorts the perspective, as does getting too low to the ground. Being on a level plane allows for an accurate photo that just wants to come to life.

For those of you that possess an intermediate or advanced level of photography skill and are looking for ways to enhance your possibilities even more, then I can offer a few additional tips. If you are computer savvy and really want the absolute most out of your photo - shoot in RAW mode.

Nearly all DSLRs and high-end point-and-shoot cameras have a RAW data capture setting. This allows you to import the photo in various photo editing programs and tweak the image to its full potential, much more than just bringing a standard jpeg into photoshop to adjust levels. I cannot say enough about shooting in RAW mode and highly suggest people experiment with it.

Aside from shooting in RAW, practice taking timed photos from a tripod, even if it is of you. You never know when you will finally get that stellar catch and there is no one around to take the photo.

One more useful tip that can prove quite fun is to play around with long-exposure images at night, especially on the beach. This can be tricky and the ISO speeds need to be just right but the final results can be very impressive. Lightning shots can turn out killer and so can something simple as the throwing of glow sticks. The possibilities are bounded by your creativity.

Take plenty of photos! You may take 1000 photos, but only one may actually turn out to be that defining money shot. On some trips Ill take anywhere between 200-400 photos, sometimes more. You can always delete ones that don't interest you. With digital media storage is not really an issue.

Of course quality equipment will help produce a better end result, but you can still take absolutely incredible photos with most of today's off-the-shelf digital cameras. Just keep shooting and as with anything practice helps make perfect.

Photography is a form of expression and in essence capturing a moment in time that will last forever. Just think, 100 years from now, generations can look back to this time period and get lost within all of our photos. It is my intention that photos like these depicting our fishery, environment, and the way things are will one day have future generations fantasizing about what it would have been like to take part in our classic adventures.