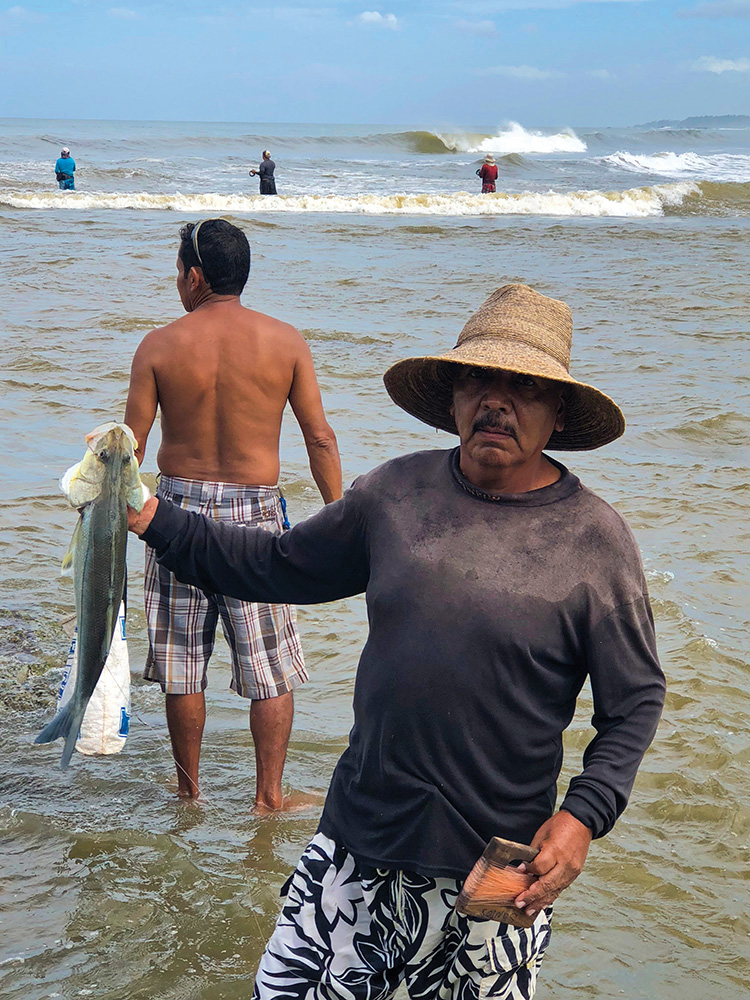 If there is one thing about myself that I can say with certainty, it would be that I try to stay busy and I’m always on the move. Any bit of spare time, no matter how brief, is dedicated to fishing. Driving somewhere or performing other tasks, times when I cannot fish or work on fishing gear, I think about fishing. Sometimes it’s past trips and sometimes its trips I hope to make, it doesn’t matter so long as it’s fishing.

There are times when I think about the old salts of bygone days, how they plugged their way up and down the Texas coast, and how efficient they were. Even though I know the fish populations and regulations were very different then I still marvel at the catches they made. Their primitive rods and reels now collect dust in attics and their lures rest in antique shops and hang in shadow boxes – tackle has come a long way.

One thing about it though, the old timers still caught plenty of fish. I often wonder if it might have been their simplistic approach to fishing, not having to worry which lure to try next, and that sort of stuff. They could only work with what they had. Here recently I got a lesson on how basic is best.

My buddies and I attended a CCA banquet last year and, like always, we had a great evening and enjoyed supporting the mission of an organization I truly believe in. When it comes to raffle prizes and auction items, they always have everything an angler could ever want or need. Well, one of the auction items was a six night/seven day fishing package to Costa Rica, the kind of trip we’ve long yearned to take one day. Long story short, we left the banquet needing only to purchase airline tickets to make it become reality. Everything else was there and waiting on us.

As the date of our departure drew nearer we began looking into other things to do while we were there. Since it was a fishing trip, I figured there had to be a few places we could fish on our off-days and maybe catch a few new species. After some research, I came to learn that Costa Rica has a great snook fishery along the beaches where we’d be staying. I kept digging and discovered one of the best places for really big snook was the mouth of a river that emptied into the Pacific. Luckily for us, the Nosara River was but a short drive from where we would be staying and looked like a promising place to try our luck.

We finally got to our fish camp and once settled in it was time to do a little scouting. We drove our golf cart down the road and eventually found the mouth of the Nosara. That night we rigged our rods with flashy lures, large topwaters, and everything else we thought a big snook might eat. In other words – we assembled an arsenal of gear.

The next morning we arrived at the river and, no surprise, the locals had already beaten us there. We lined up beside them and begin casting away into the Pacific. As the morning went on we started to take note of the local’s tackle and what they were using for bait. Each of them held a plank of wood with monofilament line wrapped around it and were hand-tossing shad into the surf. We were the only fishermen out there using conventional rods and reels and artificial lures. We looked exactly like the tourists that we were!

To keep a long story short, we never got a bite and the Costa Rican's caught snook. We got out-fished by some people using wooden planks and hand-lining shad. It just goes to show that basic and primitive gear can be as good or better than the best equipment money can buy.

Beyond gear, I also believe that when it comes to fishing, formulating a basic plan can be the best thing that an angler can do. I often look back at some of my more successful trips and realized that there was not much planning involved in them. Those trips consisted of focusing on one area and mostly throwing one lure; nothing complicated about it. There were times that I decided to bring four rods, all with different lures, and planned on hitting several spots within a short amount of time. Those days were not nearly as productive and I believe it was because I crammed too much thought into one morning of fishing.

I believe that this same concept needs to be implemented in our kayak fishing. In a day of fishing, we are limited in certain ways: the distance we can travel, the time we can spend fishing, and the amount of gear we can fit on our kayak. There is not much need to clutter your kayak with rods, multiple tackle bags and other unnecessary gear; it will only end up getting in the way. I also believe that a trip can be more successful if you stick to a known area and fish it thoroughly.

When it comes to implementing these fundamental aspects of the sport, a simple plan will almost always prove best. And if you’re ever in doubt…just keep it basic!