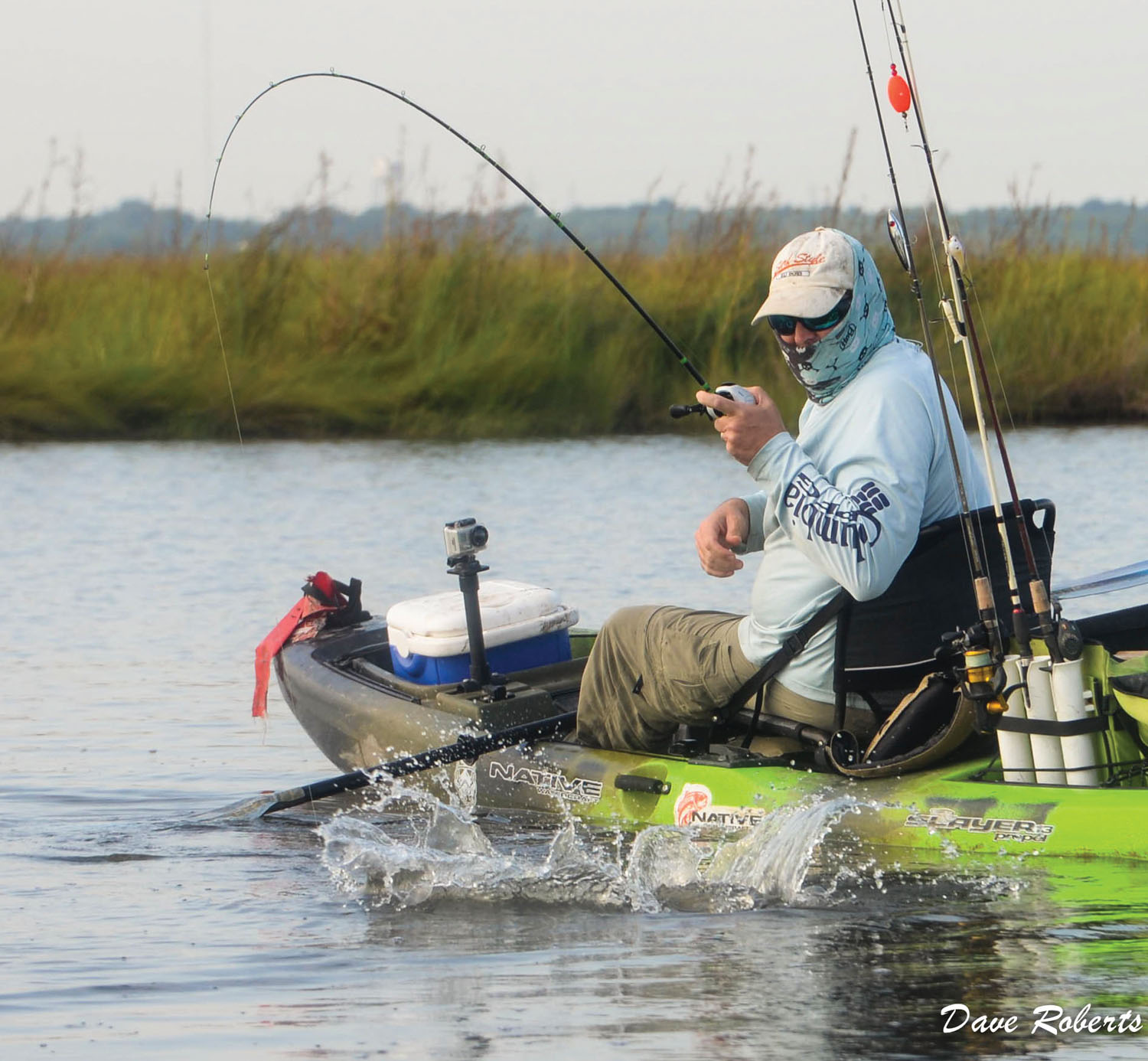 We all know that life typically revolves around a calendar that has four seasons: spring, summer, autumn and winter. I reluctantly abide by this as much as I have to but, as a fisherman, I have another calendar that I strive to live by. Unlike the typical four season version, my fishing calendar has only two: wintertime trout fishing and tournament season. Tournament season gets underway in April, so March is reserved for getting everything prepared.

Finding a tournament or tournament series that is held in your area should not be a problem but there is a little bit of work to be done before an angler hits the water. He or she needs to prepare their gear, get a stock of lures, and make sure you have all the other necessities ready to go.

The first thing that I do is go back to my hunting and fishing room and pull out all of my summertime lures that I stowed away for winter. I then take inventory of what I have and what needs to be replenished or replaced. Afterwards, I will compile a list and head to the nearest tackle shop.

Fishing Tackle Unlimited is my favorite since they have everything an angler needs at one location. Typically, my list will consist of popping corks, Gulp, Norton Sand Eels, Buggs, and a few more miscellaneous items. Instead of purchasing new topwaters, I buy new split rings and treble hooks to replace the rustier ones, to help save some money.

Now that I have my lures in order it is time to focus on my rods and reels. I will usually spend a little time breaking my reels apart and cleaning them. It also is one of the few times during the year that I purposely replace my line. Breaking off a fish on tournament day because of old, weakened line is totally unacceptable.

I have come to the point where I prefer braid over monofilament. It is just a personal preference thing that I have developed and my favorite is 30-pound Sufix 832. If I was going to use mono I would use P-Line CXX; it is the strongest on the market but the memory is so bad that you have to replace your line fairly often. Whatever your line preference might be, the most important thing here is that your reels and rods are prepared for the challenge and should not fail when the big day arrives.

Now comes the other items that are necessary on tournament day. First and foremost, an angler needs a reliable and accurate measuring device. Most tournaments, if not all, use the Check-It-Stick. You do not have to have the same device, but it certainly helps. If possible, it is a good habit to compare your stick with the weighmaster's at the captains meeting. Last year I discovered my stick was measuring 1/8" shorter than the weighmaster's. I came to this conclusion when I had a redfish bust the 28" mark but measured good on my device. One 1/8 isn't much but makes all the difference between first place and being disqualified. So this year a Check-It-Stick is on my list.

Another item that is a must for a kayaker is a good stringer. I have seen people make their own but I have also seen them come up losing a fish. I have several different stringers but I have found that the Stinky Pants Stringer is exceptional. It is a very reliable product when it comes to carrying your fish.

The next piece that I find necessary is a livewell. Keeping your fish alive from your launch point, wherever that might be, to the weigh-in is key (even though I am probably one of the world's worst about showing up with dead fish.) Some tournaments are awarding anglers a weight bonus for live fish. Last year in the Lone Star Kayak Series I got bumped from 1st place to 3rd by two anglers who earned the live fish bonus. Earning this bonus is a definite must if you plan on winning or placing high on the leaderboard.

With all my gear ready I am stoked for the upcoming season. The calendar on my desk is scribbled with tournament notes on every weekend through the end of October. For those who may be thinking about entering a few there should be plenty options to choose from.

My favorite events are the Lone Star Kayak Series. They put on four events each year and pay cash to the top 25% of the field with great merchandise prizes as well. I also find it fun just to go to the weigh-in and converse with other anglers from across the coast. I also would like to thank Jeff Herman for being the photographer at these events and all the great weigh-in photos he makes.

Another tournament that I look forward to is the Saltwater Survival Series. Now this series is not your typical tournament style. It consists of a "shotgun" start from a central location and anglers can fish wherever they would like inside the boundary. But here is the catch. Every participant is given the same six Egret lures and the fish they catch has to come on one of them. This greatly levels the playing field and makes for an interesting day of fishing.

Also on my list are the tournaments that the Saltwater Boys put on. I am part of the club here in Southeast Texas and it is always a blast with this group. It is a smaller organization, mostly locals, but everyone knows each other so there is great camaraderie. They just started a new chapter in the Sugarland/Houston area so if you want to be a part of a group and participate in some smaller tournaments, this would be a great place to start. They also have great sponsors that take care of them and there are always great prizes for everyone at weigh-in.

Regardless of all the pre-tournament work that needs to be done, it puts a smile on my face just thinking about it. I, for one, am very excited for the upcoming season. There is something about hooking into a big red and knowing that if you land him, he could put you on the winner's podium.

Some people get their kicks by shooting big deer but not me. What they call "buck fever" is what I get when I hang into a fish on tournament day. The adrenaline comes during the battle and then followed by the anticipation when I put him on the measuring stick. Then comes the excitement of knowing that you have the perfect redfish or the disappointment of missing the 28" mark by one 1/8either outcome will give you the shakes. That's what it's all about.

See you at the scales!