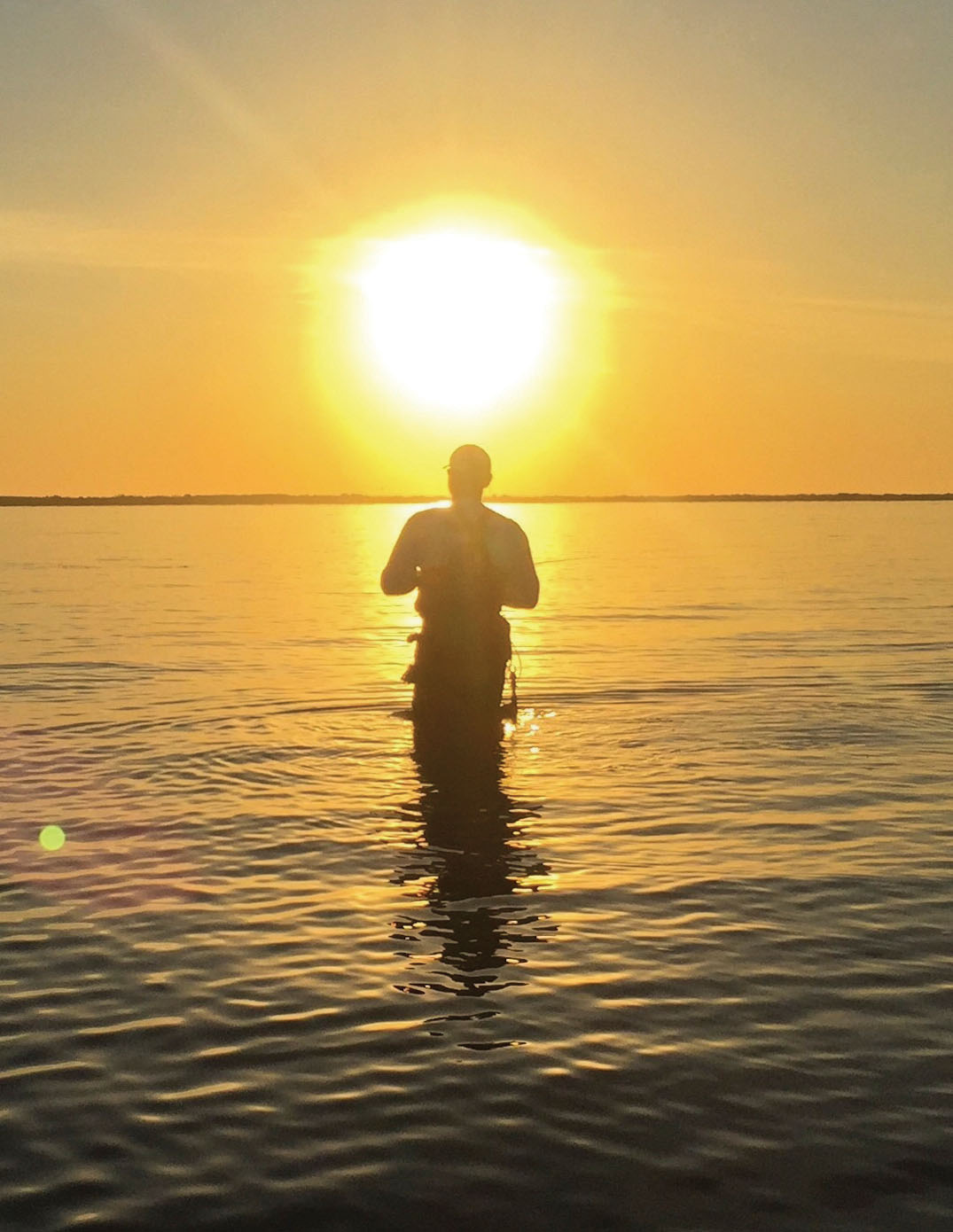 The popularity of bay fishing is amazing to me. I get it, and understand the passion as well as anyone. I just never dreamed so many would "get it" in my lifetime. Living within a half mile of Bluff's Landing Marina, I usually make a spin by there on Saturday, my day off. Trucks and trailers are in every conceivable parking spot imaginable. At the end of the day I'll usually get a couple of calls or a quick text stating something to the affect, "Man, I can see why you do not fish on Saturday!"

If there is any upside to it, I guess it would be watching the antics as unseasoned boaters load their boats back on the trailer at the end of the day. Some humorous and harrowing things take place at every boat launch on the Texas coast.

So, one day last week I jumped in my truck to load my boat on the trailer after my charter and a guy in a small SUV had already backed down. As I was approaching the ramp I noticed the guy had backed in unusually deep and still in reverse. The bumper of the vehicle was out of site and the water line appeared to be halfway up the back doors. The trailer was nowhere to be seen under water but that did not deter the guy that was preparing to load his boat.

BAM! Right into the SUV's back windows and doors. Smashed windows, crushed rear door, and a wave of water to the interior for good measure. Folks–you can't make this stuff up.

Summer storms have been keeping things interesting on the water. Trying to speculate the night before whether you are going to be stormed out has made us all amateur meteorologists. Many of my clients come in from larger cities throughout the state and it is sometimes like rolling the dice trying to tell them to make the drive or not. It is really hard to make the go or no-go decision the day before when the weatherman is "predicting" the "likelihood" of thunderstorms. It really comes down to the last minute, checking radar apps early in the morning, and deciding on the spot. As a matter of fact, I'm writing this article while I should be fishing. Today's forecast was terrible, so we rolled the date over to another day. Wouldn't you know it? Only a spatter of rain and blue skies.

Fishing between storms has been really good. Any reasonable weather day has allowed for lots of catching with some big summer trout coming to hand. Getting a mixed bag is easy enough most days if clients decide they want some redfish action. Flounder are being caught almost daily in the same areas where the trout and reds are cruising around. We are not targeting them but they will jump on the same Bass Assassin lures as hard as any trout or red. Flounder have made a great comeback since the limits were changed in 2009. It is common to see them brought to the marina each day, and many times they are large.

September 2016 will be the second anniversary of the trout limit being reduced from ten per day to five. I am asked every day, "Are you seeing a difference yet?" An emphatic YES is my answer, but what I'm really seeing more than anything is the average size of trout we are catching is longer and generally fatter. We just seem to be catching more healthy fish two years into the regulation changes.

Saying that, the number of really big trout we caught in this year's prime season was off quite a bit. It wasn't but a couple of years ago where my charters went forty-two in a row with one or multiple trout over seven pounds per day. This year a hot stretch would be for four or five days in a row. Regardless, we push on to catch the best the bay has to offer.

Water clarity in Baffin is the best we have seen in years. There is a section of "bad" water that is located on the southern end of the Upper Laguna that is slowly making its way towards the JFK Causeway with the prevailing southeast winds. The further it pushes to the north, the more green water falls in behind it, and that is where most of the good fishing is taking place. I expect this will continue throughout the summer.