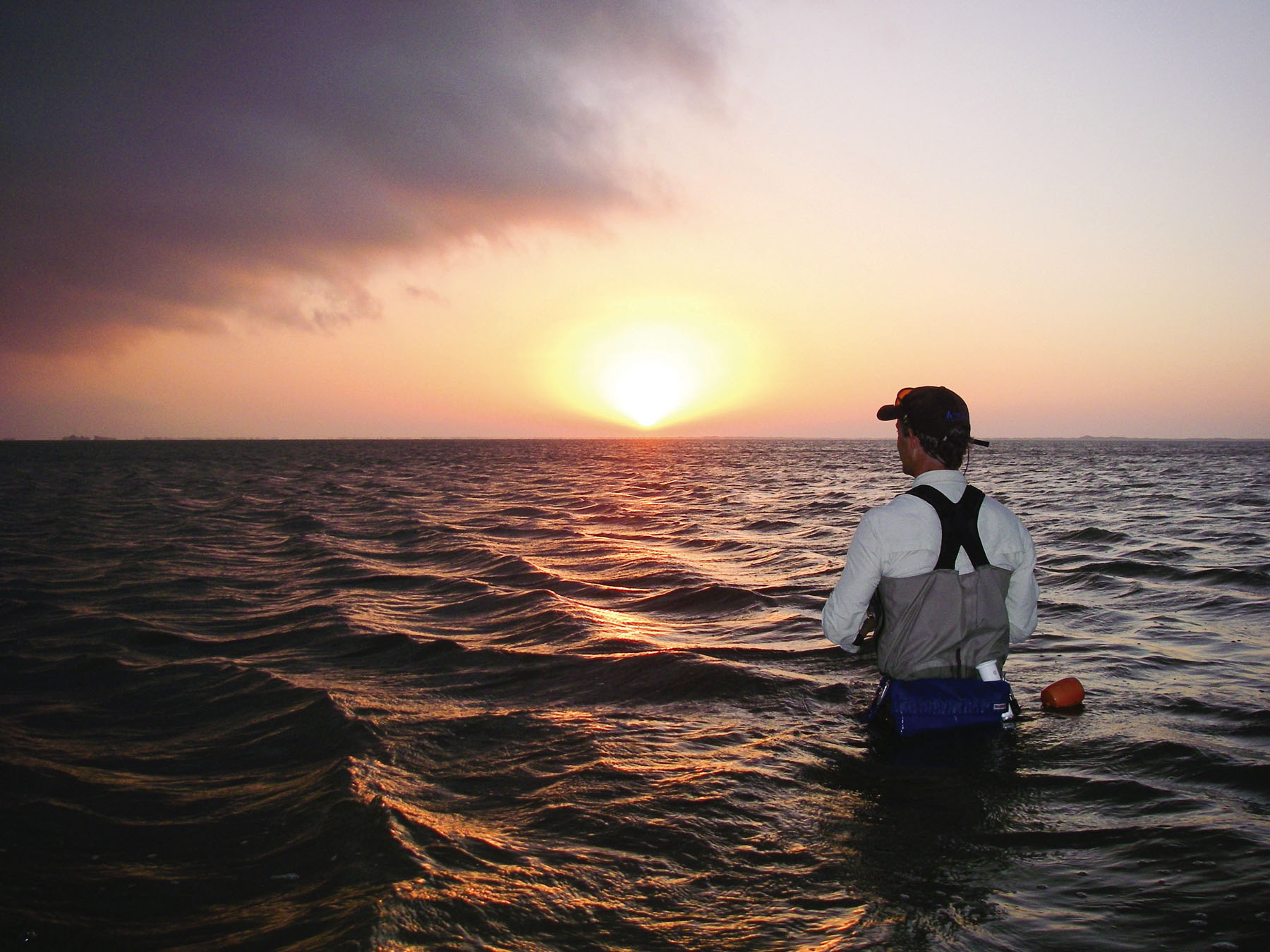 Watching fall roll in. Frontal passages make for some aggressive action if you are standing in the right place at the right time.
My books are officially open for 2015 trophy trout charters in Baffin and the Upper Laguna Madre. I would encourage you to book sooner than trying later if you are serious about getting some good dates. Many thanks to all my client friends that have already taken the time to do so. I am humbled by your confidence in me to produce big fish and great memories on the water, year after year.

September and October found us in the field more than the bay. After a long stretch from December through August, it was a blessing to get a few days to sleep in, shoot some birds, and plant the fall garden. Now the fronts are blowing in, the water temperature is steadily declining, the phone is buzzing with calls from clients, and we are all getting pumped again to get into a winter fishing pattern. November is finally here. I couldn't be more excited.

Without a doubt, the trout know what it is coming in the form of weather. Each little cold front that passes through makes them feed a bit more aggressively in anticipation of harder days to come for coldblooded creatures. As the largest supply of bait is in a full migration swing to the gulf, the trout will be doing their part to kill them for much needed winter fat.

The tricky part to fishing November is that it, usually, is not quite cold enough to put them on a true winter pattern (although it does occasionally happen). They will be feeding like winter trout, but running more in loner mode versus larger schools jockeying for a limited bait supply–their standard MO beginning in December and continuing through much of April. Considering that, the big Mercury outboard will be pushing the Haynie to many points throughout the Upper Laguna and Baffin. We are seeking the largest groups of mullet on the most ideal structure we can find. Preferred structure for me this time of year is sand and grass mixes, travel corridors along the Intra-Coastal Waterway in the Upper Laguna, and shallow flats dropping off into deeper water in Baffin and adjoining satellite bays.

Many of the fish that have been hanging out in cooler, deeper waters during the summer will be moving up shallow and staying shallow throughout the day now, (well that's what you would traditionally expect, but who knows with all the burn boats slicing across the flats and up and down every shoreline... but that's a whole other subject for discussion). Regardless, this is where they will want to be to feed, and where my clients and I will be standing in the water to intercept them.

All shorelines in the Upper Laguna that have close access to deeper summer haunts are going to have the first nod on where to start each morning. I have the good fortune to be on the water almost daily, so there is a lot of recon from the deck of my Haynie from day to day to decipher which of these areas holds the most structure and bait. As the sun gets up and the bite slows down, use some of your time to explore and look for these areas. In many cases, we utilize the MotorGuide like bass fisherman and go from single potholes to large expanses of open sand and grass until we hit an area that gives up good action. When that happens we bail out and cover the area meticulously. Slowing down and making accurate casts to individual structure features will most certainly produce the bites you are looking for.

With so many lures on the market, it can be downright stressful making a decision of what to pull off the rack. Trust me, my garage is a testament to my days of "buying everything on the shelf." That being said; keep it simple. November will provide some great topwater action. I prefer the MirrOlure Top Dog or She Dog line over any other. Soft plastics are a no-brainer for me. The 5" Bass Assassin is in a class of its own when compared to similar type lures. The softness of the lure gives it a much superior action over its stiffer copycats. Rigging it on a 1/16 oz. jighead is the norm for me when wading, and 1/8 oz. if casting from the boat. As Old Man Winter sets in, the Fatboy (Corky) by MirrOlure is another big favorite. Keep it simple.