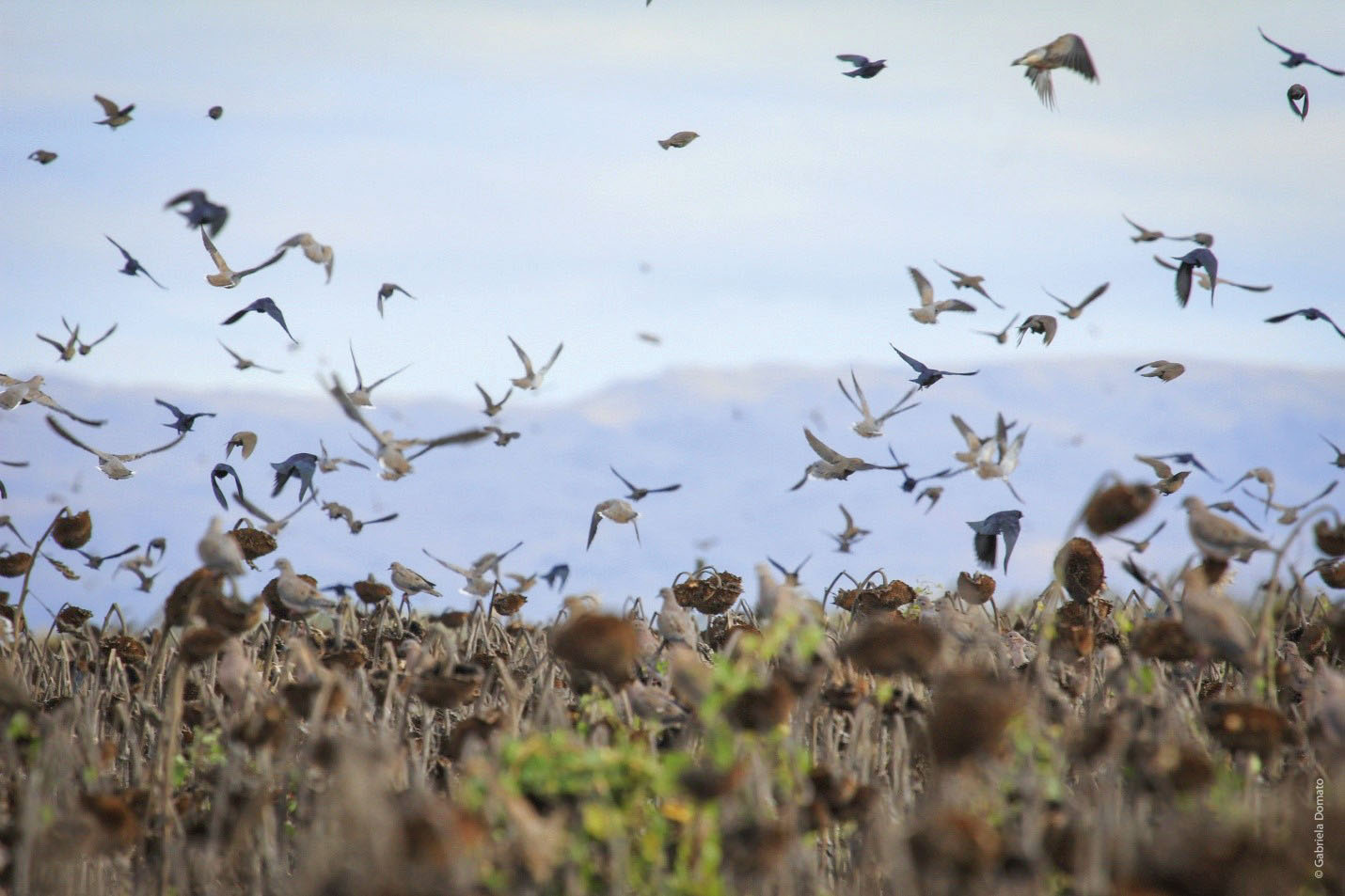 Well that was a quick summer! The bay waters will soon be cooling off from all the hot lower units buzzing around the bay. I can certainly understand everyone's desire to be out there but, man does it ever get crowded during summer. School, football and hunting season will reduce fishing activity so if you are looking for some less-crowded conditions, September will be the month for you.

Speaking of hunting; dove season is just around the corner and this is like waiting for Christmas when I was a young kid. Seven buddies and I were able to get some early shooting in this year. Nothing illegal–we made the "bucket list" trip to Argentina. It was nothing short of amazing and I highly recommend it for any wingshooter. I have already started saving up for the next one.

Overall I would say fishing has been above average this summer. July and August found us catching some big egg-laden females of eight-pound size on an almost daily basis. All were released healthy and still out there for the next guy to catch. Most of the big catches have come from very skinny water. In fact, in a few cases, their backs have been out of the water. Seeing a big trout before she notices you will make you shake like the worst buck fever you ever had. I think I would hang up my rods if I ever lost that feeling.

Tides have been SUPER low. Many of the flats have little to no water and the fish have retreated to transition zones with more depth. In many cases they've gone much deeper. This is especially true of black drum and redfish. I have been running across some very large schools of drum that include a few reds. The redfish schools are still around but harder to find, the burn boaters keep them nervous and running for their lives up in the skinny stuff. As long as this practice continues, the harder our redfishing will become. My guess is they'll change their habits from shallow water to 5- to 6-foot depths where we'll have to drift for them.

With tides low and likely to remain this way I am starting skinny and staying there until the sun gets well overhead. The mullet will let you know when it is time to move from skinny to shallow. They start retreating from the flats and the game fish go right along with them. At this point the trout has usually slowed down. If trout is your game, I would advise a slower presentation, just off bottom. Reason being–you can catch a trout that has already fed if you go low and slow with a Bass Assassin right in their face. Gorged or not, they are not going to pass up an easy meal.

Main areas of focus for catching in these conditions will be the north shoreline of Baffin from Cat Head to East Kleberg Point. The south shoreline is equally productive from Penascal Point to Black Bluff. We have also been hitting Rocky Slough during these low tides and having some great trips, especially at midday. It's rare down here, but we have spotted a few tarpon to add to the fun, so don't be surprised if you see the silver king roll in front of you.

Closing out the summer and with CCA STAR coming to an end, I have a tale to relate. I was fishing brothers Trent and Kirk Childress and Mark Richner. It was a half-day trout trip as they had to be headed for Georgetown by noon. We'd landed plenty of trout and with an hour left to fish I asked if they'd like to try for some reds. Everybody agreed and headed for the school I'd found the day before.

We fanned out and I started catching right off the bat. I called them over and backed out of the way so they could enjoy. Everyone hooked up pretty quick and stayed that way until it was time to go. As they approached the boat I noticed one of their reds had an orange tag in its back. I pointed it out and the crowd went nuts.

They had signed up for the STAR the night before and Mark Richner was the lucky man who got to claim the prize of a new Ford truck, Haynie boat, and trailer. That was a first for my boat, and I do not think any of us will ever forget it.