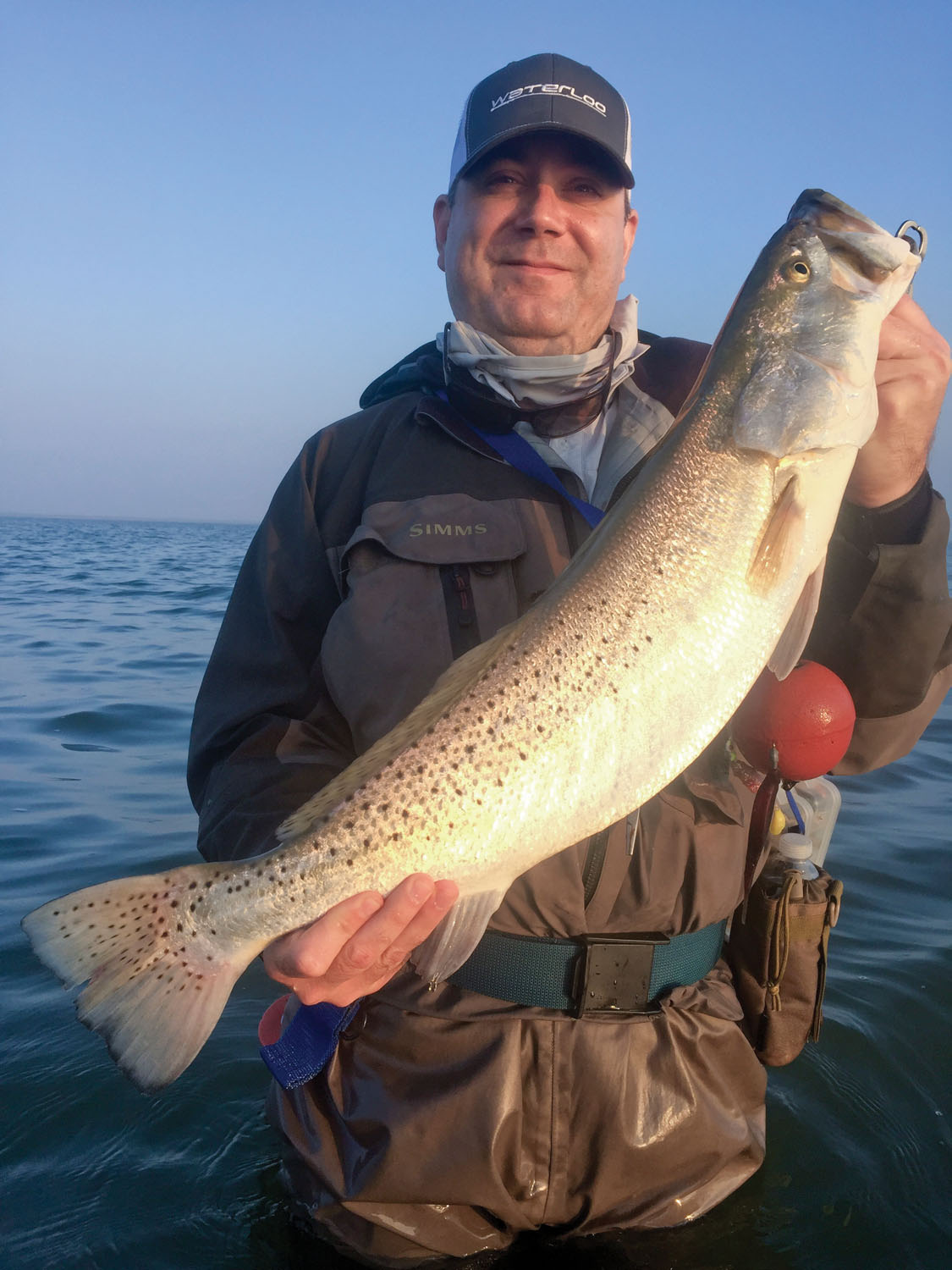 Trophy trout season is flying by. I keep peeping around the corner to see if winter will show up but I just don’t believe we’re ever going to see it. I cannot remember a winter or early-spring season so consistently warm. Temperatures hitting 90⁰ were common in February and early-March, and the big trout seemed to just give us the proverbial finger as we tried to "will" them into shorelines and other patterns that always produced from December through March. If there is an upside to the non-traditional weather, it would have to be that we were forced to change our own patterns to hunt these big trout down.  Unconventional became the new convention and has ultimately made us all better and smarter fishermen. If you are unwilling to evolve when change occurs, you will, most likely, be left behind.

Three of the last four years, April has been the big producer for big trout here on Baffin and the Upper Laguna. Mother Nature will be doing some of her fanciest work as she sets the table with the buffet of migrating baitfish and gulf-green water that is about to arrive. There will be so much going on in so many locations that it will be hard to focus on a general pattern, constantly speculating what might be happening on the other side of the fence.

General rule: The biggest push of gulf water will occur nearest the full moon that falls at the end of April or beginning of May. This year, that moon will occur on May 10. Native Americans called it the “milk” moon or “corn planting” moon. We prefer to call it the “spring tide.” Prior to the biggest influx of water arriving through the gulf passes near this moon, expect water movement to begin well ahead of that, from about mid-April on.
The significance of this water transfer into the bay is monumental. It will deliver cleaner, more-oxygenated water into our bay systems that is much needed due to our general lack of tidal influence in Baffin and the Upper Laguna. As that wave enters and blankets all corners, a migration of baitfish comes with it. As the food chain evolves, you can bet that large predatory gamefish will be right on their tails. The beauty of this time of year is that trout are not only big and egg-laden, but they are plentiful as well. April is, hands down, a top month for getting your rod bent, and a chance for a legit monster.

Much of my personal and charter fishing will be conducted on flats that have deeper water nearby. Areas such as the Meadows, Yarbrough, and the vast south shoreline of Baffin will be key areas of focus. These flats offer miles of productive water, and all can be equally productive given one key ingredient – bait presence. I cannot stress enough how vital it is to have an ample bait supply in the are you choose to stick the Power-Pole. I always enter areas that “feel fishy” on the trolling motor. Not only is it stealthy, it gives me the time to observe surface activity, or lack thereof. If it does not "feel right" I move along. I would much rather burn five minutes in observation than making a nonproductive hour-long wade.

Part of the spring tide bait influx will include shad (menhaden.) Trout will be gorging on this oily fish, and making lots of slicks. Obviously, this is a great way to locate trout quickly. Just remember, the smaller the slick the closer you are to the fish. Probing slicks the size of a house is a total waste of time. Find the best structure upwind of the slick, and go for it. Again, it's pretty easy when you see platter-size slicks. Almost a no-brainer decision as to where your next cast should land.

When it comes to choosing lures, I say match the hatch. The MirrOdine and floating Fat Boy are my top choices for singling out the largest trout available in an area. Of course, the 5" Bass Assassin is my number one grind-and-find lure.

In closing, I have resisted being a part of social media since its inception. With strong urging from my wife, clients and friends, I am now on Facebook. Please join me; like, share and follow @captdavidrowsey. This is where I will post days available due to cancellations, along with reports, videos, etc. My May through July datebook is now open. Text me ASAP as they will not last long.