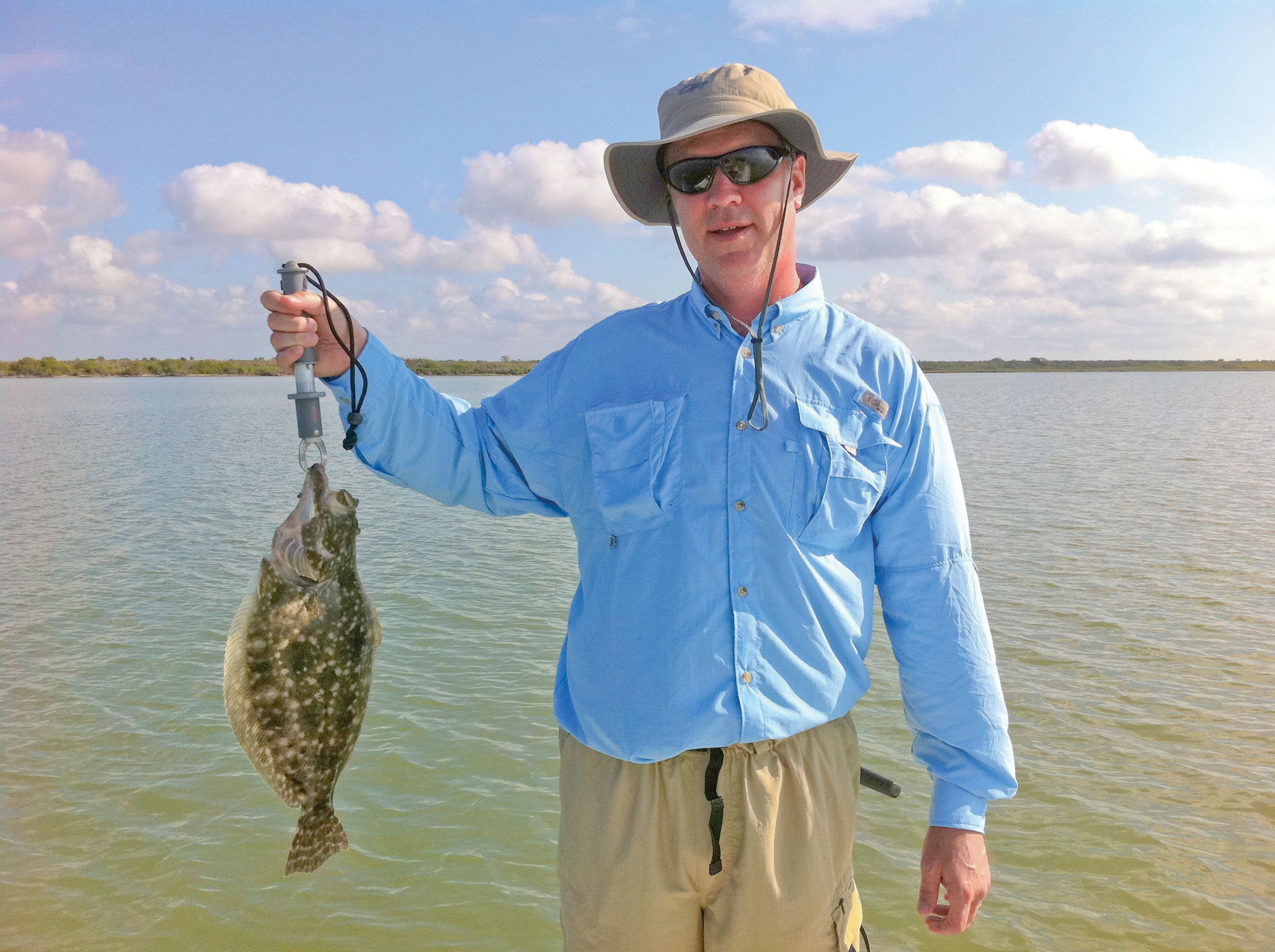 Nick got into the flounder – gotta love those flatties!

The first half of 2011 was consumed by extreme winds here on the Mid-Coast. If you fish often this is no news flash. Redfish were our saviors most days when were unable to fish our favorite trout locales. The fishing was nothing short of awesome the few days we were able to work the unprotected waters of San Antonio Bay.

Now that the summer pattern is coming together I look for things to really shape up, especially if we get some much needed rain. San Antonio Bay, West Matagorda Bay and the surf will be the areas I frequent most this time of year. If the wind is calm it is really hard to beat the surf whether you choose to stay in the boat or wade. For whatever reason the fish that we catch surfside are so much more aggressive than the ones we catch in the bays. The variety of species we catch in the surf is pretty cool as well. It is not uncommon to hook up with Spanish mackerel, pompano, tarpon and even the occasional tripletail.

The Ranch House shoreline in West Matagorda along with the Matagorda Ship Channel spoil banks are two other areas that shouldn't be overlooked during the summer months. These areas were mostly off limits when the wind was at its worst but now that our summer pattern is coming into full swing the wind won't be an issue most days. When fishing the Ranch House shoreline remember it is usually imperative to wade out deep in order to find a good trout bite. That is not to say you won't catch trout up shallow, but the numbers will be out in the waist to chest deep water. If redfish is more to your liking then hang up tight next to the shoreline to better your odds of hooking a coppery brute. Grass beds are thick right now so choosing a weedless setup is about the only way you can fish without getting caught up in the grass. A 1/2 ounce weedless gold spoon or a Texas-rigged Gulp Jerkshad will be my go-to selection when fishing grassy areas.

Birds working out in the open bays will be more common now that the shrimp are on the move. I have many customers that get really excited when they notice a flock of birds working over an area of water. I wish that I could share their excitement but I know what lurks under our birds is almost always dink trout, skipjacks and gafftop. I know many anglers have great success working the birds when fishing in East Matagorda Bay but it just isn't the case in our area. With that being said, there is one exception to this scenario. If you ever notice birds working close to the crown of a reef then you are in luck! The trout that are under the birds close to a reef are usually better quality with fewer of the less desirable species mixed in for whatever reason. You may still catch some dinks in the mix but trout of keeper-size and better will be more abundant.

Now that we are in the middle of summer I can't stress enough how important it is to getting an early start to your day. I will make sure I am at my fishing spot before the sun begins to peek over the horizon. I am not saying that you will catch NO fish in the mid-afternoon hours but I can tell you I have greater confidence and better success when fishing the early morning hours than I do in the hottest part of the day. The use of a spotlight comes in handy when leaving out before sunrise to help you avoid markers, obstructions and such. Those nifty headlamps that fit on your hat come in handy too when it comes to tying notes and situating your gear once you get to your spot.

A note to end on - Remember people, it is never okay to pull in close to anglers when you see they are on a good bite. Not only will you more than likely NOT get in on that same action, but you will ruin it for the anglers that worked hard to find it. Take pride in finding your own fish. It will make things a lot more fun for everyone. Of course I am probably preaching to the choir here because if you are reading this article then you are already a step ahead of the rest trying to gain tips to improve your catching.