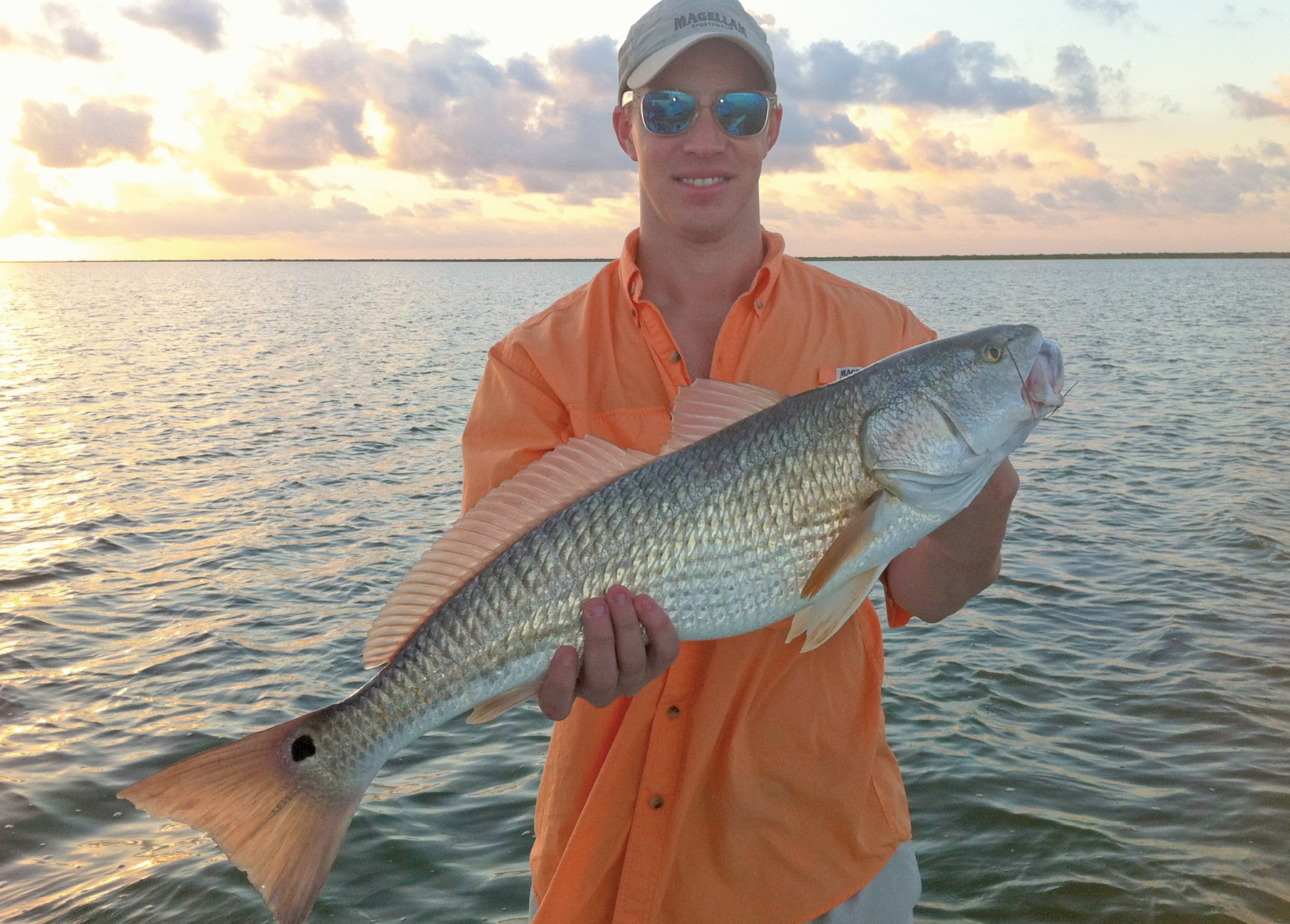 By the time you read this article the kiddos will probably be back in school and many families will be kept busy with school functions and sports. Dove season will also be under way and many that enjoy hunting will be spending more weekends at their deer leases preparing feeders and getting ready for their upcoming hunts for the antlered quarry. What this means for those of us still on the water is fewer anglers and fewer boats which is something I have to admit I am anxious to see. We have had a wonderfully busy summer and I find pleasure in seeing more people enjoying what our wonderful middle coast has to offer but many days this summer, especially weekends, left me yearning for our less hectic fall and wintertime traffic.

Our trout fishing has been very productive this summer, much better than this time last year. We finally managed to get some much-needed rain and would welcome more. Red tide hit us last year in September and played a major role in the areas we that we could or couldn't fish. Hopefully with the recent rainfall we won't see a repeat of that this year.

West Matagorda Bay has been yielding plenty of trout action when fishing over grass beds and sand. When fishing this bay system I pay closer attention to tide movements than when I fish San Antonio Bay. Fish here are what we describe as "tide dependent" in their feeding. Meaning that because they are occupying the waters that are close to the passes to the Gulf the more they become dependent on tidal movement when feeding since these movements provide and move their food source. As the tide moves in and out it moves the bait to the predator fish. The currents produced by the tides provide the best opportunity for fishing success. When the tide is slack the fish are inactive. So be sure to check your tide charts when you plan on fishing this bay system and also the Matagorda Peninsula and Island surf.

The surf bite will still be strong in September and I plan on taking advantage of it whenever the weather allows me. If I can't make it to the surf, I will still be targeting trout on the mid-bay reefs and sandy shorelines of our bay system. Until we receive our first cold fronts look for fishing to be most optimal at dawn and/or dusk. Of course, I am not saying that the fish don't feed at other times but during this warmer period I have my best luck during the rise and fall of the sun. If our winds do blow me off the San Antonio Bay reefs and/or surf then you can find me in the back lakes looking to hook up with some redfish.

It is no secret that September is known for the bull red run. And while these bull reds will be lingering in and around the passes to the Gulf also look for newly-matured reds from the bays to start schooling up heading to the passes from the bays to meet up with the more mature spawners. Redfish leaving the bays usually do so in mostly large groups. Over the next couple of months these large groups will work their way through the bay and toward the pass.

Look for these redfish to travel shorelines close to the deep dropoffs of the bays as they make their way to the passes of the Gulf. While most of these schools move at good speeds expect them to stop often on the shallow shorelines to take advantage of some fine dining. It's at these times that these fish become easy targets. Most anglers will be able to wade up to or anchor a boat within casting distance of a school and hook up with a fish from the edge of the school without spooking the others. These redfish aren't typically picky when it comes to eating but I have had the most success using just a 1/2 ounce weedless gold spoon.

Looking back at last year's weather in September I noticed we had an early cold front in the first week and a few more before the month's end. It wouldn't hurt my feelings one bit if we experienced a repeat of that this September. Fishing during the transitional period between summer and fall can be exciting. The summer was long and hot and I am super-ready for some cooler fall fishing.