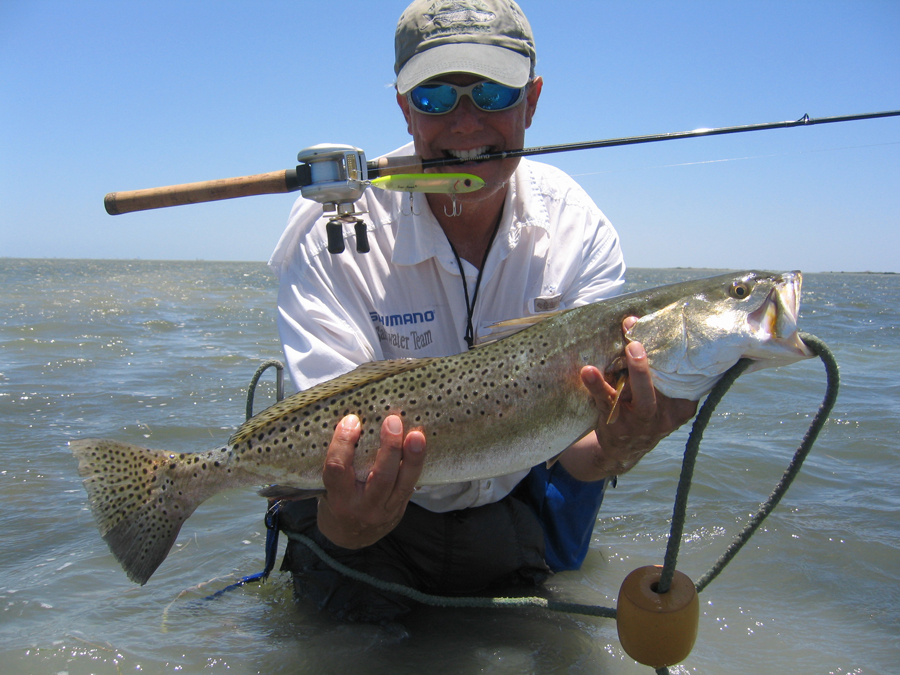 Recently, I was at the end of a very long and successful wade. As I turned around and headed back to the boat, I was fortunate enough that Capt. Mike McBride was also in the area. He noticed that I had a long walk to the boat and graciously offered me a ride. As I stood in the water off to the side of his boat, we shared comments as to what we thought the fish were doing. We both agreed that the fish were positioned in scattered potholes that stretched across this extensive flat. I then looked at him and made a comment that brought a smirk followed by a remark. He said, "Hey, now you're thinking."

My comment to him was, "You got to pickpocket your potholes." These fish were not holding in the vast turtle grass beds nor were they moving around much. They were hunkered down in potholes ready to ambush any bait that scampered across the openings of these sand-filled holes.

After I made that comment, it got me into thinking about how a pickpocket performs his impish crime and how he chooses his victims. After a little research, I discovered there are many levels of expertise in picking pockets. Picking pockets requires considerable dexterity (the ability of a person to gracefully coordinate his movements) and a knack for misdirection (a form of deception or trickery). A pickpocket looks for the most vulnerable of persons to become victims and chooses the perfect place to perform his act. By now you must be thinking how I got that from fishing potholes.

Well, for an angler that wants to be more successful, he must be willing to pay attention to the slightest of details, like a small drop in depth or a color change in a pothole that has been wind blown. Sometimes, if you look closely, you can see small pin fish hiding on the edges of the potholes. You must find out what retrieve or action the fish seem to react to, and to achieve success in tricking your target, you must be able to answer these questions.

Where are the fish most likely to hold? Where should I place my cast? What tool (lure) should I use for the act of trickery? How many casts should I make before moving on? The answer to these questions will vary upon how the fish are behaving on that particular day or the prevailing weather conditions. But as far as your casts- always make sure it is placed beyond the pothole you're throwing to. You do not want to cast right in the middle of the pothole because it will more than likely spook the fish you're trying to catch. Be quick in learning what method the fish are responding to. Don't hesitate to experiment with different retrieves or different types of baits.

When I know fish are holding in potholes like they have here recently, I will not spend too much time casting to grass beds. That's not to say I don't cast while walking through the grass, but my wade will tend to be a bit faster until I get to the next visible pothole. I then begin to cast beyond the hole and work it from one end to the other. Depending on the size of the hole or perhaps a willing strike by a predator will determine how many cast I will make before moving on to the next hole. If I'm throwing a topwater like we have been doing here recently, but notice the fish keep blowing up on it and missing it, I will quickly switch to a plastic bait or spoon and work the lure over the same area. This adjustment will usually bring a solid hook up.

An accomplished angler and friend that I have had the pleasure to fish with in the past is Raul (Doc) Saenz. If anyone knows how to pickpocket a pothole and magically draw a fish out of a pothole, it's Raul. I witnessed him cast his Super Spook endlessly into scattered potholes that we waded through. He was placing on the average of ten casts to my three into the scattered potholes before I moved on to the next one. His patience, persistence, and lure placement seemed to magically draw these fish from the sand. I found I was rushing right through the fish. I learned then not to rush when casting into potholes. Sometimes it takes a thorough search through the perfect place where the victim lies just beneath the water.

A good place to start fishing this winter is your favorite body of water that contains potholes. Experiment this winter; find some new sand holes that you have never fished before. Who knows, maybe you can become an expert pickpocket-- in potholes, that is. Have a Wonderful and Prosperous New Year.