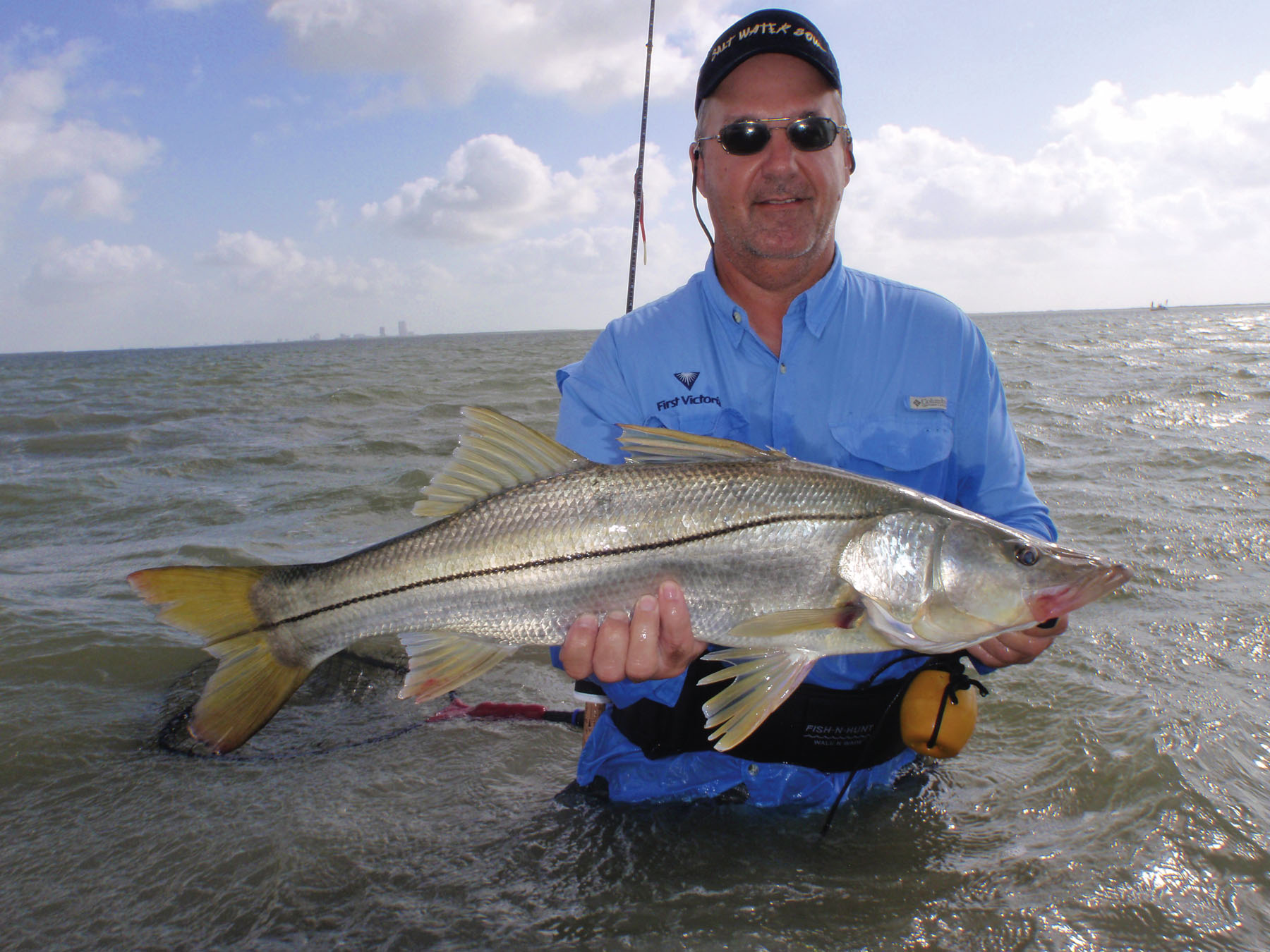 Midday bite delivered a personal best for this angler.
If you read my previous two articles, you are well aware that we were inundated with freshwater which made fishing very unpredictable and tough to pattern day to day. Thankfully, fish movement and feeding have become more predictable, and our catch numbers are increasing as the bay waters are returning to near normal conditions. Lately, finding a good trout bite has been easier than locating redfish.

With the bait population in a very healthy state, the trout are out in full force. The best trout catching has been around areas with a distinct watermelon aroma, where the morning sunrise exposes the presence of feeding trout in oily slicks on the surface. Not only have the numbers of trout caught been on the exceptional side, but the size and quality of the trout have also been outstanding considering the present elevated water temperatures. Our go-to bait continues to be plastic tails worked slowly near the bottom. The trout action is already good and will only get better as the water temperatures drop with shorter hours of daylight and reduced daytime air temperatures. .

Don't be discouraged if the redfish have been a bit hard to find lately. There are a few schools around, but finding them has been more of a hit-or-miss. Most have been scattered on shorelines and shallow grass flats. But even on days when we have found them a bit more concentrated on the flats, there was no guarantee they would be there the next day. Still, we will continue to find most of our fish in the shallows this month. Shallow back bays that contain a bottom mixture of mud, grass and shell will be excellent areas to find hungry redfish. Don't rule out the tailing action just yet, as we have historically done well this time of year.

One thing for sure is that October's conditions will bring a massing of redfish as they begin to school up and prepare for their fall run. Known as the "bull redfish run," this gathering is when they start getting ready to spawn. The drop in water temperatures from October cold fronts will bring magic to the bays, causing the slot reds to also concentrate and feed aggressively. It's no bull when I say there are great things in store for Lower Laguna anglers.

All things considered, on a scale of one to ten, fishing is probably a seven right now. When conditions make finding a bite difficult and the scale drops below a seven, there are two ingredients that help bring a productive day. One, be willing to wait for the bite to turn on (tidal movement has everything to do with it). Return a second time to spots where you couldn't score a bite but that you know contain fish; you may find them hungry and eager to bite on a second go around as the tide begins to flow. Two, make it happen even when the fish don't want to bite. By that, I mean be committed to working your bait the way it should swim even after throwing a couple hundred times and not even getting a bite. During the summer, I fished with such a group, and there was one angler who clearly stood out. Lockjaw was not in his vocabulary; it did not exist. He waded, casted, and naturally worked his bait more so than any of us. He was the one that went furthest from the boat at each stop and was the last one to hop on as we tried desperately to find a bite. At each stop, he made it happen, catching either one or two fish while we slowly gave in to fatigue and discouragement. He had one thought on his mind: to find and fool any fish that would mistake his bait for its next meal. He did not slow down even when he was obviously becoming tired. He was going to make it happen, and he did. At the end of the day, he was clearly the most deserving and better angler. Making it happen, especially during a slow bite, will put you a step above the rest at the end of the day.

In closing, October is the month when boat traffic begins to diminish. Some anglers go hunting and some hang up their rods until spring believing the year's best fishing has passed. For those that fish year round, we know that the best is yet to come. Come see what it's all about, and let's make it happen.