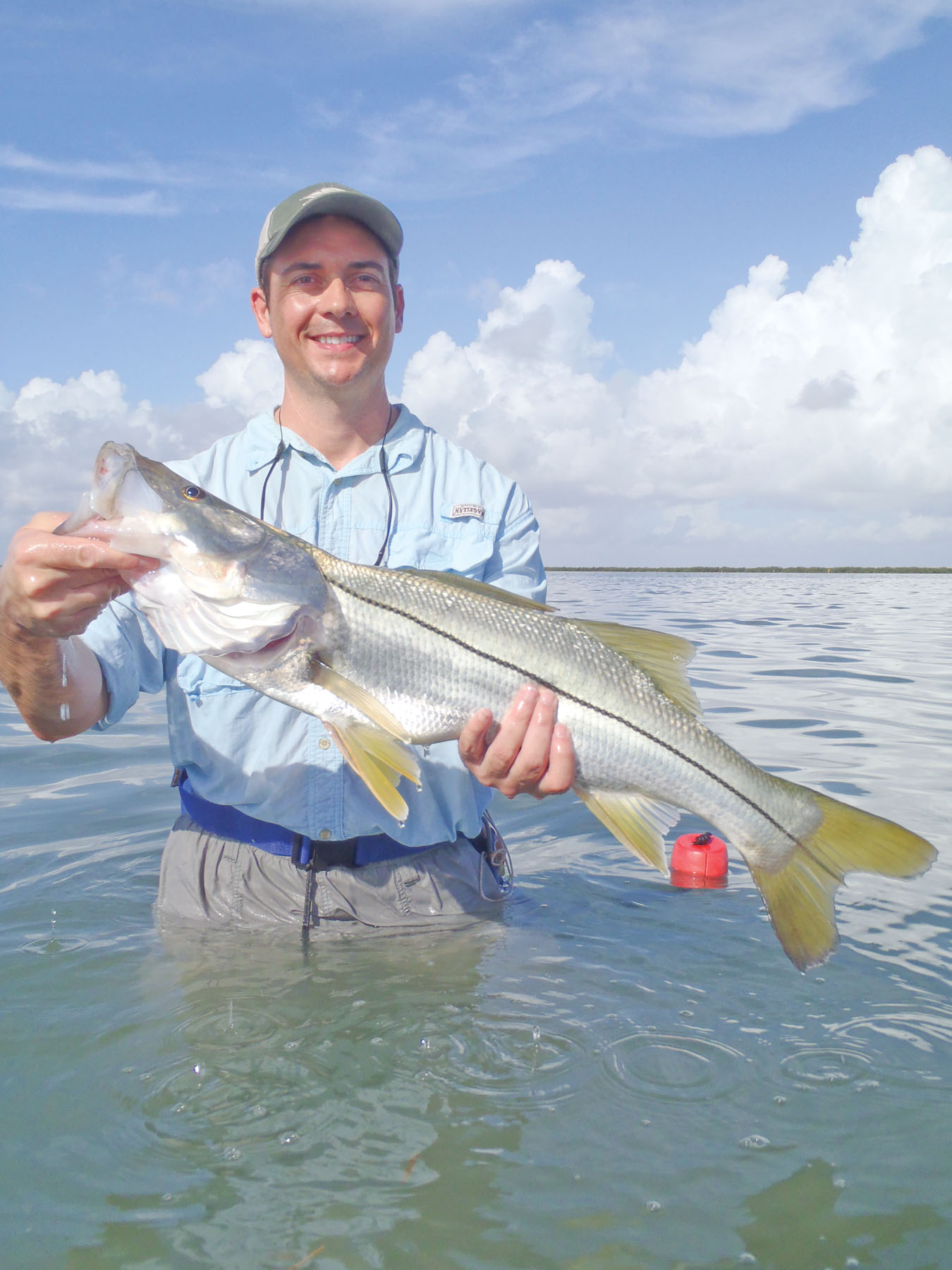 I drove up to a traffic light well before daylight the other day on my way to meet my clients as another truck pulling a boat rolled up in the next lane. I was on my way to Arroyo City and it appeared he was headed to South Padre. A thought crossed my mind; How do you know which way to go for the best fishing opportunity?

It becomes second nature for folks who fish regularly to formulate a game plan, hoping to maximize your fishing results. Im not saying the choices are always the right ones, but you have a hunch. I pick my launch point based on water conditions, weather, tides, number of good fishing locations in case somebody beats me to my favorite one, and so forth. Doing your homework, putting a game plan together, and getting on the water early definitely has advantages.

I bring this up because as many fishermen have come to find out, it hasnt been easy on the Lower Laguna Madre lately. We have seen some great catches and my clients have made some. We have even had a few strings of multiple good days but, overall, it continues to be a grind. The bait fishermen have been fairing a bit better but certainly not near what it has been in years past. The good news is we have seen a minor improvement over the last three weeks.

Redfish are beginning to show in their usual places, not in great numbers, but they have become a little more predictable compared to last month. We have been targeting them shallow in the early morning and again in the evening, holding on grass flats and potholes. Small topwaters have been effective but do not be discouraged if theyll only blow up or short strike it. Be patient and keep throwing to them.

The days are becoming shorter and soon the air and water will be noticeably cooler. Historically for me, October has been the best month of the year to fish in the evenings, especially for redfish. Presently, from my observations there seems to be a greater concentration of redfish around the Arroyo Colorado area. In the coming month look for the shallow flats on the west side to turn on.

Trout have been more consistent and predictable for us with efforts concentrated over hard sand and shell bottoms in waist deep water. Kelley Wiggler ball tail shads on 1/8 oz jig heads have been our best lures. Early morning to mid-morning have been the best times. Quite often the key to producing better catches has been to revisit areas where we caught them earlier in the morning. Waiting for the changing of the tide and hitting these areas a second time has been a key element in catching limits of trout. With cooler temperatures coming, look for trout to station themselves in shallower water and remain there for longer periods.

The flounder population down here seems to be doing well and we have seen an increase in catches this year, some were quite impressive. If you are willing to put in the time and fish the edges of oilfield channels and the ICW; chances are good that you will land a few saddle blankets. Keep in mind this month is when the East Cut turns on as they leave the bay to spawn in the Gulf.

In closing, I would like to recognize and congratulate client Michael Okruhlik for an epic trip he made with me. Never did we imagine that day that he would accomplish a feat that not many anglers in any body of water have done before. Our main target was snook, but a few nice reds and trout came into his hands early that morning. As the bite came to an end we moved to another area. By mid-morning his Bucket List wish came true when he landed a trophy snook. However, his memorable day was not over yet.

I shared with Michael that I had seen tarpon rolling in the area earlier that week and would not be surprised if he landed one. Sure enough, he also knocked that species off his Bucket List with a 12 pounder. On our last wade of the day, to our mutual surprise, he hooked and landed a 5 pound flounder. I dont know whose smile was bigger Michaels or mine. Its days like this that make up for the slow ones and keep bringing us back for memories that last a lifetime. Way to Go Michael!