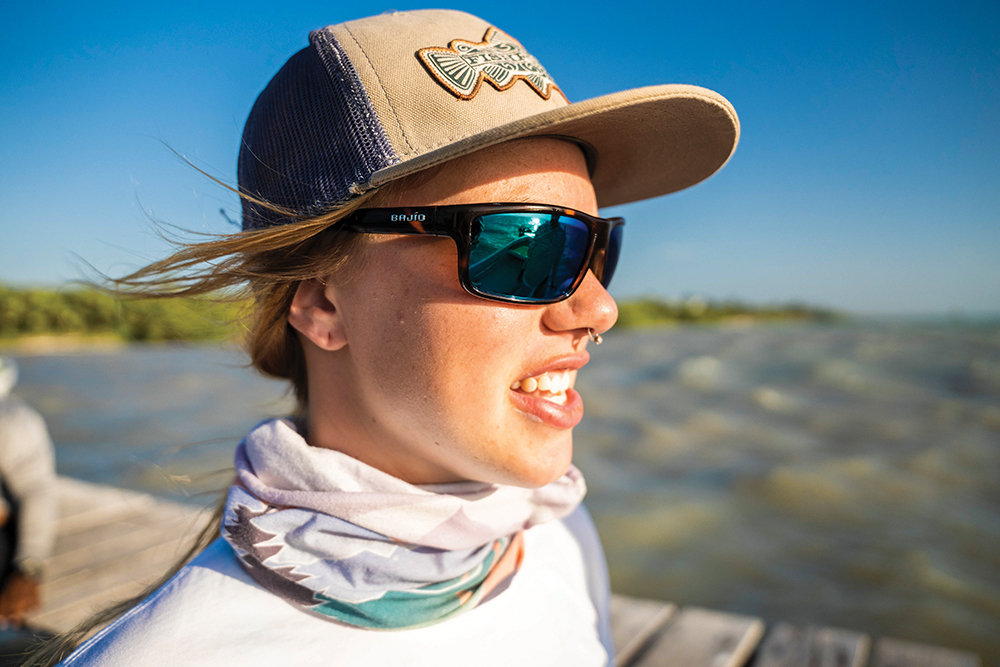 The new sunglasses from Bajio are well worth a look.

For TSFMag readers who know me or have followed this column over the years knows I do my best to not cover the same old subjects. On occasion I have to actually cover something that’s serious and this is one of those times. There has never been a time where those of us who enjoy the outdoors have stood the chance to lose so much. It’s no secret that the new administration in the White House is far from friendly to fishermen and hunters, in fact they are threatening to take away many of our opportunities and rights.

During his first few days in office Joe Biden signed an historic number of executive orders and he continues to sign them on an all too frequent basis. On January 30, President Biden signed another of his many executive orders which has become known as the “30 by 30.” This order aims to commit 30 percent of lands and oceans to conservation by 2030, which in the House version of the bill entails a complete ban on “commercial extractive use” in areas of the ocean conserved. The biggest problem for the angling community is that there is no differentiation between commercial fishing such as long liners or trawlers and sportfishing operations, they would all be banned in those areas under this order and that’s bad news.

Obviously this new executive order was met with major pushback from the commercial side. According to SeafoodSource.com this new plan, when first unveiled in the Ocean-Based Climate Solutions Act, drew a letter from over 800 members of the seafood industry – organized by the At-sea Processors Association, National Fisheries Institute, Saving Seafood, and the Seafood Harvesters of America – who oppose a blanket ban of all fishing activity in 30 percent of oceans owned by the U.S. “As participants in our nation’s seafood economy, we write to express deep concern regarding Title II of your recently introduced Ocean-Based Climate Solutions Act. If enacted, this Title would undermine our nation’s world-class system of fisheries management, harming fishermen and the coastal communities they sustain,” the letter states. “As you seek feedback on your legislation, we urge you to fundamentally rethink Title II’s provisions.”

For whatever reason the sportfishing community and it’s multi-billion dollar industry was also lumped into the pile with the commercial side of things and that’s where it affects folks like us. If MPA’s (Marine Protected Areas) are established then those waters will be off limits to everyone, commercial and sportfish alike. On March 17 the  Congressional Sportsmen’s Foundation (CSF) held it’s first virtual policy briefing of the year to discuss the importance of including the hunting and fishing community in the development of policy related to the global “30 by 30” initiative. House Committee on Natural Resources Ranking Member and CSC (Congressional Sportsman’s Caucus) Vice-Chair Rep. Bruce Westerman (R-AR) was quoted, “Conserving our nation’s rich natural resources will always be one of my top priorities in Congress; however, I’m concerned that a currently undefined “30 by 30” initiative may undermine this goal. We should be accessing our lands and waters for a variety of reasons, including multiple use, outdoor recreation, and hunting and fishing. Locking up lands and waters permanently and restricting management and responsible resource utilization actually does more harm than good and ignores centuries of efforts by hunters and anglers, who are true conservationists. Protecting the environment is about quality, not quantity, and simply setting an arbitrary acreage goal won’t allow land managers to properly steward resources. I hope to continue working with the sportsmen’s community to ensure we all have access to the lands and waters we enjoy for years to come”. This is certainly a topic that the fishing and outdoor world needs to keep careful watch on because, just like most things – once they are taken away you seldom if ever get them back.

On a much more enjoyable note there have been a few new happenings lately that I was pleased to see. Sabine Slam Bait Company has put together a four-event redfish tournament series that will be held out of Bridge City and headquartered at High Tides Restaurant on Cow Bayou. The four-event overall champions will take home a guaranteed purse of $10K cash. The tournament series is a first for this area and will undoubtedly bring out some good fishermen. The dates for the four events are April 24, May 22, June 26, and the championship on July 31. Complete list rules and registration information is available on all the social media outlets for Sabine Slam Bait Co or you can call them at 409-330-7745.

Another fantastic introduction to the fishing world just debuted, a new sunglass company called “Bajio” recently hit the market and has scored some rave reviews. I spoke to Mike Holliday, Saltwater Community Fishing Manger for Bajio, and he told me, “ These glasses were made exclusively for fishermen by fishermen. Bajio’s lenses block out the highest percentage of blue light available today, which is so important because the blue light is what causes haze. The Bajio’s are the clearest lenses on the market.” After checking them out for myself I would have to agree, they are as advertised and well worth a look. Dealers all along the Texas and Louisiana coast are available so be sure to at least take a look next time you hit your favorite tackle shop.

Sabine and Calcasieu should be more welcoming to anglers this month, providing we are lucky to catch a break for the spring winds. Both of these bodies of water appear to be none the worse for wear after February’s big freeze which is a true blessing because they both needed to dodge that bullet. Overall, trout fishing has been way down the past two to three years and any sign of resurgence is welcomed. Please keep the fish in mind when you go out, keep what you’ll eat for dinner and let some swim for another day.