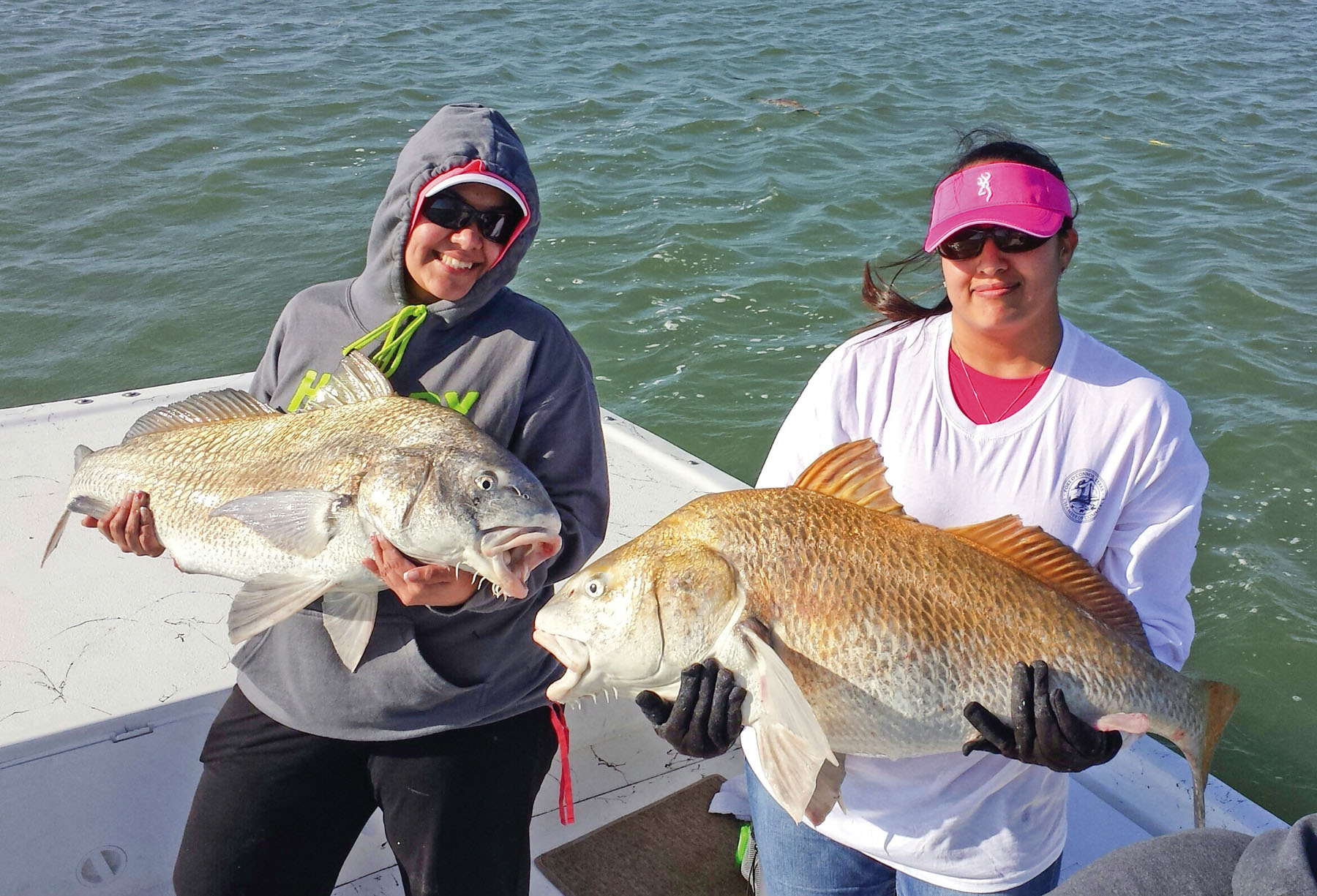 When I finally had the opportunity to connect the dots it was a spiritual experience. My mind was experiencing a state of rejuvenation while the confines of time and accountability were extinguished.

The multi-day fishing excursion I was a part of came to an abrupt halt when the 22' tunnel boat settled in three inches of water. We had left Seadrift harbor to fish and camp all the way to Port Mansfield without a hitch. After two nights and a day of digging we decided that without access to a Chinook helicopter our current attempt was futile. A plan was devised and a list of rescue materials was made before Warren and Joe left me behind to guard the camp solo.

With over 400 yards to the water's edge there would be at least 72 hours before the tide would creep back in. Miles from civilization and nowhere to go fast, I opened my mind and let nature be my guide. I learned many things "fishy" over those three days, but the effects of water movement proved the best of all.

Food Fish live a simple existence, spending their entire life seeking out sustenance and trying not to become fodder themselves. Find and follow the food and your targeted fish species will be near. Even though it is not that simple, that is the gist of it all. To find the food or bait, many variables come into play like available structure, wind, water temperature and safe havens to highlight a few. All things considered I believe that water movement is most important.

Water movement This is the largest motivator of where the bait goes or will be found. The water being moved stirs the food chain as it is forced to go with the flow.

The strongest and most predictable factor on water movement is tidal current. When the tides ebbs it pulls the bait with a concentrated force or suction in the lower portions of the water column. When it floods the water is pushed with force in the upper part. This hydraulic effect helps to concentrate many of the gamefish feeding in said area, lower on outgoing and higher on incoming.

You may also consider locations to target on each tide movement. In shallow areas the ebbing water concentrates small bait away from shore. Look to the down current side of significant drop-offs or on the lee side of structure. In these areas bait will find a break from the tidal force as it also feeds on its own food sources, pulling off from shallow water.

You can consider the opposite to be true in most cases on a flood tide. Water pressure pushes bait/food toward the shoreline, on the topside of drop-offs and in front of major structure. Many times the bait will situate itself up-current of structure on a flood tide. Up current allows baitfish to feed and also retreat into structure hastily when needed.

Wind has a great amount of energy, forcing the flow of water also. On days when the tidal flow is weak or nonexistent you can follow the wind direction until desirable affects are realized. A hard blowing wind can stack water at a higher level on the windward side of a bay or inshore lake. Pushing the food source toward the shore side or across windblown shoreline points and shallow areas with significant structure. Gamefish seek these areas and use them as ambush points to feed down-current.

The combination of tidal and wind-generated current moving the same direction can make certain areas much more desirable. When the tide's momentum slows, a good bite can be lengthened by moving to an area where the forces are working together.

Conversely the force of tidal flow opposing the oncoming wind can be very desirable as well. In open water these opposing forces often cause a change of color in the water. The more turbid water tends to be warmer due to the darker color warming faster than clear. This area concentrates bait and gamefish alike while using the dark water to camouflage their whereabouts.

Water movement due to wave action helps oxygenate the water and refreshes areas especially during the heated summer months. Structure caused from wave action in the form of guts or sandbars can be found on windward shorelines. Look to areas that suffer from the predominant blow from the south or north. Stronger current will flow parallel to the shoreline in the guts on the backside of sandbars. Bait will be forced to go with the flow and swept toward awaiting predator fish that feed into the current. In these areas fish use these guts as highways to cruise for their next meal. Fish and bait will concentrate where there is structure laying perpendicular to the shoreline. These structures are commonly in the form of oyster reefs or sand bars that jut out away from the shoreline. These structures commonly form where a gut widens after passing a turn on a shoreline or before a deeper channel running adjacent to the shoreline.

Scouting in February February has the lowest tidal level of the year; caution should be used while navigating shallow waterways. Low water levels make it a great time to scout local bays for unknown structure. While out there you can also run trails on your GPS that will be navigable year round.

The low water can also show you great areas to target in other seasons. Shallow oyster reefs and open water sandbars will be exposed, as well as many spoil islands near deep channels. Water should still fill the deeper shoreline guts and prop scars are exposed, educating boaters to be more careful. Primary drop-offs are easily distinguished as well as other irregularities that tend to concentrate fish along them. On the edges of flats, washouts show where the water flow cuts into a flat. Fish often use these marks to enter and exit areas on normal tides.

Fishing in February Due to the low tides and cold water temps most fish situate themselves near structure with deeper water in close proximity. In the ICW look for edges of shallow flats, washouts and intersecting channels to concentrate fish. Very windy days can be fruitful due to limited barge traffic moving in and out of major bays.

Sheepshead catches are at their peak this month with ship channel jetties and deep bay oyster reefs being targeted. Live shrimp free-lined close to structure, lightly weighted on bottom, and suspended with a float work best. When fishing under a float limited popping and splashing seems to do better than aggressive techniques. Sheepshead tend to be spooky in clear water and feed more by smell in the turbid areas. They are known to be excellent bait stealers, often pinching a bait in two without getting the hook. Hook placement on a live shrimp in the center of the back works very well, often snagging them on the first nibble. When a bite is detected with a tight line I like to raise the rod tip, which triggers them to engulf the bait before it gets away.

Duck season, deer season and football are mostly done by early February. What a great reason to get back to the water and start connecting the dots on your own.