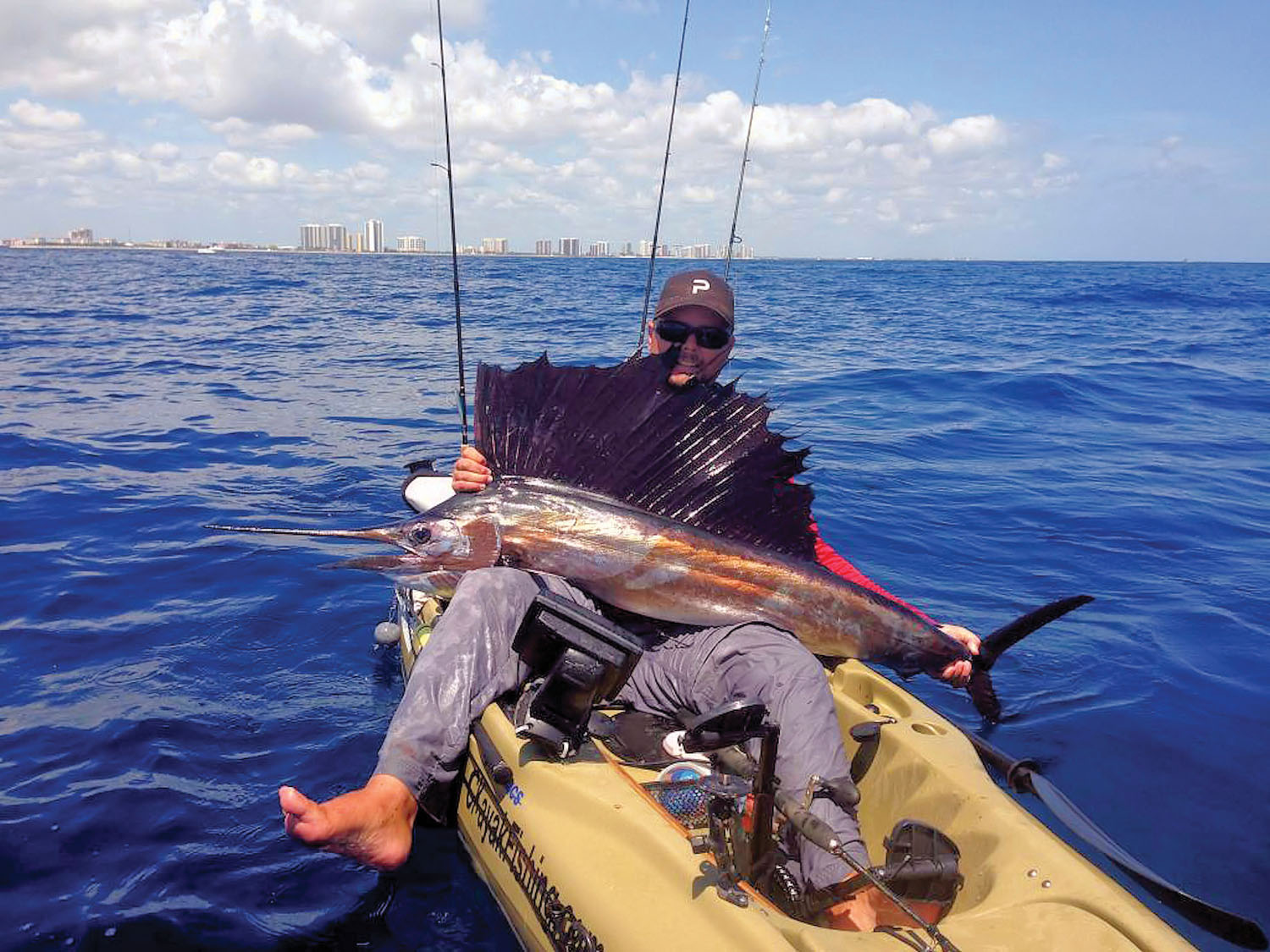 A cult of unique fishermen have taken to the water as kayak fishing continues to dominate growth within the fishing category of outdoor recreation. From meager roots, the popularity of kayak fishing has risen to unbelievable heights. Today, hundreds of thousands, if not more, make astonishing catches from plastic micro-vessels.

Angler motivation to navigate and fish from the kayak can vary among enthusiasts but all are beneficial to both the individual and the sport fishing industry in general. Some seek a modestly-priced entry to lake, bay and offshore fishing; others prefer the solitude, while more advanced anglers revel in the stealthy approach a kayak can provide. The same as in other fishing categories, kayak fishing tournaments are becoming increasingly popular. One of the first to appear, Kayak Wars continues to grow and reign as a premier tournament with its online format for posting catches and leaderboards.

It began nearly a decade ago, T.J. Pilgrim and I had a radical idea of a friendly competition between ourselves. T.J. is based on the upper Texas coast, me in South Texas. We initially wanted only to compare personal accomplishments in numbers and sizes of our catches. But as the idea developed we eventually agreed to a five-angler team concept. In essence, what we ended up creating was a friendly "civil war" on the water – North versus South.

Points would be awarded on a per-species basis and at the end of the year the team on top would carry home the bragging rights. Thus Kayak Wars was born and interest began pouring in from other Texas anglers wanting to put a team together and join the fray. During year three, Florida anglers blasted onto the scene like a hurricane hitting the beach, and with them came an array of new species from their waters, notably bonefish and permit.

A key aspect of the tournament's growth was the presentation to the public. It was a first of its kind based entirely on an online platform. In our fourth year good friend, Rick Underbrink, helped build the interactive infrastructure to allow for real-time automation by the user. All catches would now be logged in a sorted database, with the data to be called upon in detail via any custom query. With this we were able to write scripts to display user-profile pages along with statistics such as species records, and standings. This also allowed the ability to view individual angler submissions, so other anglers would be able to check out catches from any angler or team. The main website page would display the ten most recent submissions and it became routine and fun for users to check the main page often for updates. This perhaps as much as any other innovation put wind in Kayak Wars' sails.

Freshwater species were added to the format soon after the database system went live. Little did we know the number of kayak anglers that pursued catfish, largemouth bass, rarities such as paddlefish, and even the elusive sturgeon. Anglers in the central U.S. and Great Lakes were joining in droves. The number of species entries doubled overnight. Exotics from Florida; snakehead, peacock bass, and other non-indigenous species. And there were no boundaries, saltwater anglers could enter freshwater species and vice-versa. Over time, we were establishing a totally unrivaled set of kayak fishing records.

It wasn't long before Kayak Wars went international and teams from Canada, the UK, Netherlands, Germany, and Puerto Rico were welcomed aboard. Huge participation sprang from the Caribbean, legions of tarpon anglers. Possibly the first-ever yellowfin tuna landed from a kayak in the Gulf of Mexico was entered in Kayak Warsyours truly the proud angler.

Kayak Wars no doubt helped boost the launch of big-game fishing from the kayak. Florida anglers were instantly all over it. Suddenly stud amberjack and majestic sailfish were making news in the tournament. Despite this extreme style of fishing, it is important to note that while always pushing the boundaries, we heavily promoted both conservation and angler safety.

In 2014 and 2015, the growth of Kayak Wars became exponential. On peak weekends, hundreds of submissions were streaming in from around the globe. I became a one-man full-time maintenance team fielding requests, suggestions, corrections and verifications. At the same time my growing beach charter business was literally swamped in a phenomenal summer shark season. My "paying" job had to take precedence and I would be on the beach upwards of 80 hours some weeks, returning to an impossible stack of Kayak Wars duties. I managed to do both occasionally and sometimes the online work would just have to stack higher. It had become painfully clear that I could no longer raise the Kayak Wars baby alone.

In January, I felt obligated to find Kayak Wars a new home. Sifting through many offers from individuals and companies, it was paramount to me that Kayak Wars must be passed into the most capable and dedicated hands. Somebody with true passion for the sport, and the managerial and technical wherewithal to guide it where it needed to go.

Dallas native, Bryan Thomas, with his entrepreneurial spirit and his technically-gifted brother-in-law, Jason Carter, are now at the helm. Bryan and Jason harbor lifelong passion for fishing and both are hopelessly addicted kayak anglers, fresh and salt. This duo bring more to the table than I could have ever hoped for.

We have collaborated extensively to insure a seamless transition as the future of Kayak Wars beams brighter than ever. I pray that all member-participants will welcome Bryan and Jason warmly. Registration is open for the 2016 season and Bryan is currently seeking additional sponsorship to enable the tournament to grow to even greater heights.

Have fun, be safe, and let war be waged!
For more info please visit: www.kayakwars.com