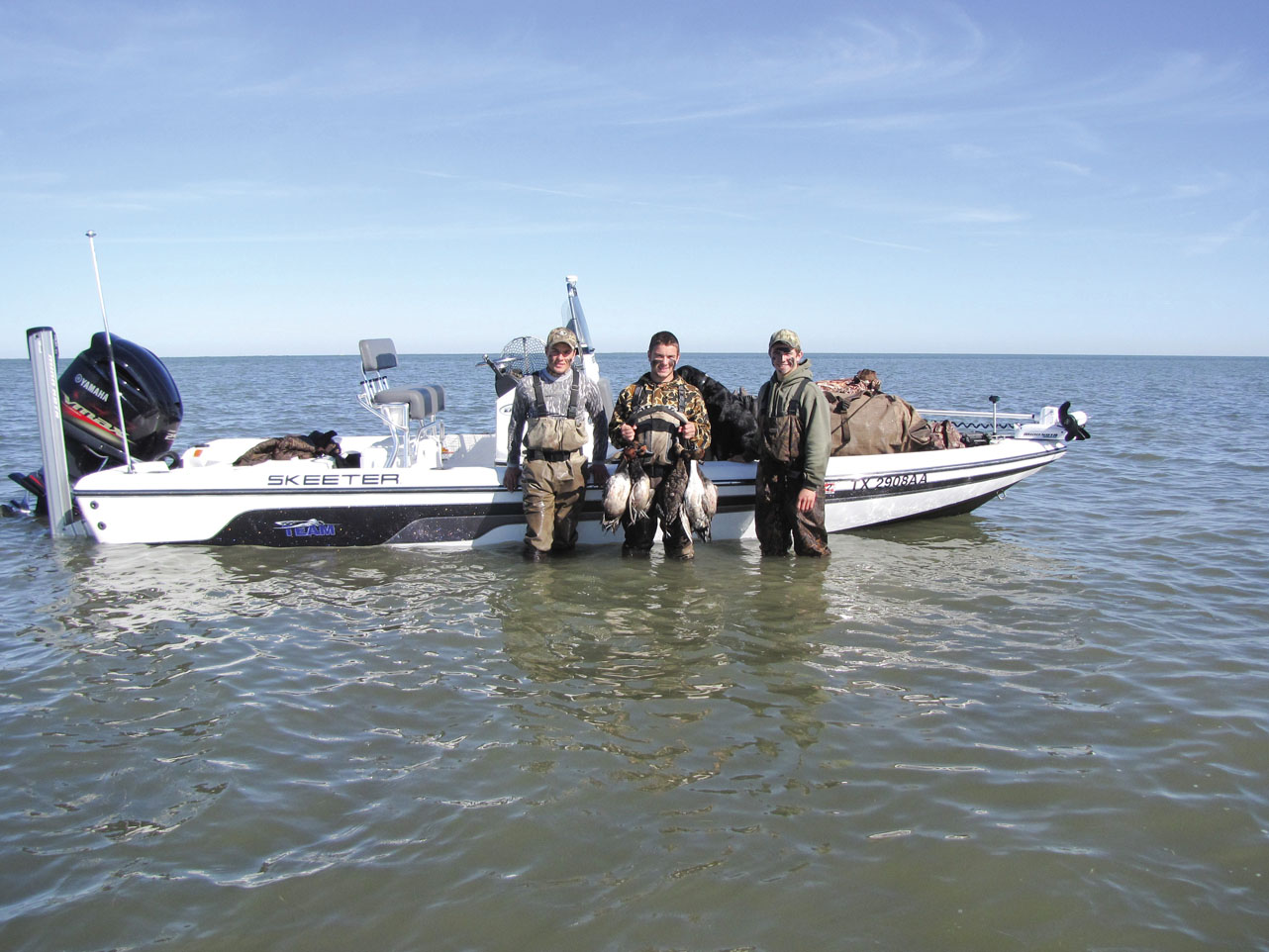 The MinnKota Talon shallow water anchor is a great boat control tool for drift fishing.
Imagine having the ability to look down on a body of water and applying color according to the amount of fishing effort each area receives. Establishing a key if you will, red for high traffic, green for moderate, yellow for sparse, and so on. What do you think your bay system would look like? I'll bet it would surprise you how much water actually receives little to no pressure while other areas look like Friday afternoon on the 610 Loop in Houston. It's truly amazing how much quality water gets overlooked and little used.

Take for instance our own little "mudhole" we call home, Sabine Lake. I have often said in seminars that 90% of the people that fish Sabine never get farther from the shoreline than 500 yards. And to make that point even more impressive they rarely if ever fish the west side of the lake, all the attention is centered around the Louisiana shoreline. Now the fascination and magnetic pull of the east shore is understandable due to the fact that there is so much marsh and so many tributaries along that bank. The marsh and tributaries are home to all sorts of bait including plenty of shrimp, shad, and crabs which keep the attention of predator fish occupied.

Conversely the west side of Sabine is void of the tributaries and is lined with jetty-class rock which was put there in an attempt to halt erosion along Pleasure Island. The shoreline appears to lifeless and devoid of fish attracting structure but nothing could be farther from the truth.

In fact it would be a pretty safe to say that the majority of the biggest trout in Sabine Lake over the past five years have probably been taken from the west bank, and by fishermen who were standing on the bank, no less. That's right, bank fishermen catching trophy trout in water that most boat anglers just blow right by. Sort of makes you want to think a little outside of the box now doesn't it?

Unused or forgotten water comes in a variety of sizes and places and each has a specific time or season when it shines. During March and April I love to fish what I call transition water. This area is the water that is just slightly too far away from the shore for the waders to cast to and too far away from the shore for guys in the boat to reach the bank. There are some great areas in both Sabine and Calcasieu that we frequent during this time of the year that fit this description.

In order to fish these spots you have to almost need to de-program yourself from wanting to throw towards the bank and concentrate on fishing parallel to it instead. That in itself takes some discipline. I've always laughed at myself and others as well when I think about how we looked at water when we were kids. All we wanted to do when we didn't have a boat was to be able to throw our lures as far out into the lake as possible because we believed all the fish were out away from the bank. Then once we grew up and bought a big shiny high dollar boat all we want to do now is turn right back around and throw at the same bank we used to stand on as kidsgo figure.

The water in that three to five foot depth range is almost magical this time of year yet so many anglers completely shy away from it. These areas of the lake or bay are the key to those fish transitioning from deep water to shallow and believe me they spend a bunch of time in these depths during spring.

This area is a comfort zone that allows fish to stay in water with a more constant and bearable temperature. Areas like these in close proximity to shallow flats will give up some really big fish in spring due to fluctuating weather and temperatures. A shallow flat that receives sunlight and warms up several degrees can produce memorable days and then become barren with a cold front. The fish that were crawling all over that flat will back out to a little deeper water and hold there until the next opportunity to get back on that flat and feed again. This situation illustrates why it's so important if you believe fish are in the area to probe more than just the obvious water, you could be just a cast away from that bite of lifetime.

Now because you have decided to fish this so called in-between zone, your lure selection will be varied somewhat but will still have one thing in common, it should suspend. I don't care what lure you throw just make sure it suspends to some degree.

Corkys, Crazy Croakers, Kick-A-Mullet, or stickbaits like a Rogue, Rapala, or ThunderSticks all rank high on the list under these conditions. I like starting with suspending baits because it seems like a fish will eat these style lures when they won't eat a surface plug. They will also eat these lures when they will eat a surface plug so you are basically covering all your bases, so to speak. When the bites on the suspending plugs begin to get more violent switch to that topwater and see what happensit's usually a good time.

Another key factor you need to think about when fishing in-between water is how you make your way through the zone. Long slow drifts are the ticket but wind direction and strength must be considered, so here comes the trolling motor. Noise, whether from inside the boat or from the trolling motor must be kept to the absolute possible minimum. Having an anchor ready to stop your drift and hold position when fish are located is a plus. The Power Pole or Minn Kota Talon are priceless in these situations.

Years ago I was on Calcasieu in early April drifting an area with a few small reefs scattered about and my clients and I were just putting a hurt on some really nice trout. We would drift over the reefs and then make a wide circle to come back and do it all over again, thinking we were kings of the lake. Eventually another local boat came in the area and dropped anchor near one of the reefs and began to catch fish as well. On our third pass by the anchored local I heard one of the men in the boat say, "It's a shame that guy spent all his money on such a beautiful boat and now he can't afford an anchor." I got the message loud and clear while my clients got a great laugh. Lesson learned for sure.

This is both a fantastic and frustrating time of the year to be on the water. Weather patterns will change drastically by the hour and that four letter word "wind" will become a factor for sure. But in the event you can find some protected water or get a break from the weatherman this is probably one of the two best times of the year to really find a truly big fish, especially speckled trout.

If that's what you are after then these next several weeks are just what the doctor ordered. Don't be surprised at all if some huge fish show up this year from a few places that have been out of the limelight in the past few years. Conditions on some of the more famous big trout producing bays are as good as they have been in quite some time and you can bet that's a fact not lost on those who pay attention. Hopefully this spring will be one to remember for all Texas fishermen.