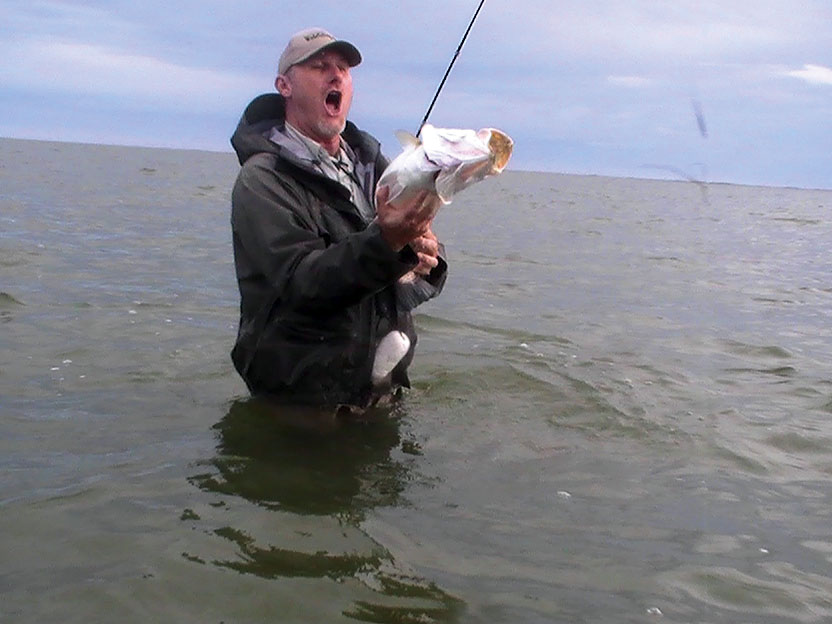 I recently reconnected with a childhood friend to whom I hadn't spoken in over twenty years. When he learned that I'm a fishing guide, he reminded me we spent plenty of time fishing together in our youth, correctly asserting that he was the better angler then! I told him I'm a writer, and he expressed interest in reading my books.

After reading the books, he contacted me to share his thoughts about them and offered to send me a couple of texts which he thought I'd like. One is a cherished possession to him; he warned me not to loan it out or lose it, saying he'd want it back some day. A Sunset Book written by Ray Cannon, it's simply titled The Sea of Cortez.

I remember that he had an interest in the slender sea lying east of the Baja Cape even when we were teenagers. After the book arrived in the mail, I began perusing its contents and found it to be a thorough and delightful, if dated, reference. It describes in delicious detail the travels and fishing adventures of the author. He made many trips to the place in the 1950s and 60s, when the abundance and variety of marine life there was awe-inspiring.

Given my respect and love for the spotted seatrout, I was most interested to learn what the book had to say about a related fish, called by the common name of white seabass. The totuava or totoaba, (Cynoscion macdonaldi), as it's known by the Mexicans who live along the shores of the placid and bountiful sea, is one of the Gulf of California's several types of corvina. All are members of the croaker family, Sciaenidae, as is the spotted seatrout (Cynoscion nebulosus).

I'd heard that the totuava can attain giant size when compared to most members of the croaker family and quickly verified that to be true. Cannon's text (and others I found) stated that the fish can grow to a length of five or six feet and weigh in excess of three hundred pounds. Essentially, the fish looks like a Goliath version of a sand trout, with its stocky build and lack of spots. Gazing on the pictures in the book made me dream of planning a trip to the upper reaches of the legendary sea; visions of hog-sized heads stirring frothy eruptions of foam played in my mind's eye.

Researching the potential for such a trip soon cast a pall over the idea as I relearned a lesson that's become all too familiar to me. I found out that the totuava, though it once seemed endlessly abundant in the Sea of Cortez, has now virtually disappeared. Some of the details of this research hit quite close to home and raised a red flag in my psyche.

Cannon writes that he and others "met an old Chinese, named Quan, who lived in a cave[and] were told that he had accumulated an immense fortune by exporting dried totuava bladders to China, where they were ground into a costly powder used to enrich and thicken soups.After removing the bladders, they discarded tons of totuava on the beach and there it wasted until a high tide flushed the remains out for the sharks to feast on."(68) Cannon decided to "study the habits and habitat of the species[and was] directed to their habitatfoundto be a 20 to 22-fathom narrow, mud-bottomed trench."(69)

After fishing for a while there with heavy tackle and various baits without success, the party switched over to smaller baits and hooks and began landing foot long corvinas of a different species. "Suddenly something hit and made off with one of them."(69) Switching back to the heavy tackle, Cannon dropped a live corvina down and waited a short time before catching what "proved to be a hefty totuava weighing close to 200 pounds."(69)

What he writes next is particularly poignant to me. "We seemingly could have caught tons more of these huge and excellent food fish. Instead we tested different techniques for catching them. Lures and dead baits were far less effective than live 8 to 12-inch croakers and corvinas.To allow the baits more freedom to swim around, we used a lightleader as long as the fish we expected to catch, and a sinker with a hole that would allow the line to run through it freely just heavy enough to hold against the current."(69-70)

That sounded eerily familiar to me, and I began to wonder what happened to the species subsequently, so I did a Google search for more facts about the fish. A site called Sport Fishing in San Felipe, Baja, maintained by the Mexican government, mentioned the species. It asserted that "commercial fishing in 1942 reported a catch of 2,261 tons of totuava from the Sea of Cortez. In 1975, the last year commercial fishing of totuava was allowed, 58 tons were caught."

I don't know for certain whether Cannon's discovery of the efficacy of using live fish to catch seabass significantly contributed to their decline, but I suspect the use of such a method played some role in the excessive harvesting.

Digging a little deeper, I found an even more disturbing comment on the same site. On "September 21, 2005. Tony Reyes[informed] the public that he has spoken to the Department of Fish and Game here in San Felipe regarding the legality of fishing for totoaba. He was told that no one has a permit to fish this species, except to study them. It has been reported that there were legal sports fishing permits issued allowing the fishing of this endangered species, but they are false. Do not try to catch one because if you do catch a totoaba, you will either be prosecuted, fined and/or the boat could be impounded."

Sounds like going to Mexico with the hope of catching a totuava these days is not such a great idea, to say the least. I did find one encouraging bit of information in my research, which stated that in "February 2007, baby totoaba restocking in the Sea of Cortez" was done. I suppose it's possible that future stocks of this once-abundant fish will be restored to a level which would allow people to fish for them legally again.

Of course, that might be a long shot, given mankind's record with regard to eliminating or reducing species, sometimes intentionally, other times accidentally or inadvertently, both in the sea and on land. The often shortsighted activities of human beings are rapidly reducing the number of species on this planet.

I feel a twinge of sadness over the disappearance of a fish I can only now know vicariously through black and white pictures taken decades ago. A planet with less diversity is in the end a more precarious place for the predators at the top of the food chain; the entire ecosystem that sustains the top predators can pass a tipping point, beyond which it cannot return.

The lesson of the totuava is the lesson of the passenger pigeon, the bison, the jewfish and the whale. It's easy to see parallels between the totuava and the spotted seatrout too, not only through their connection on a family tree, but in the way they are pursued by fishermen, who love to eat them and who have clearly identified the easiest way to harvest them. I'm not suggesting that the two species are identical; I know that the smaller seatrout are more fecund and numerous than the largest member of the croaker family. Still, I find it necessary to tell the story of the vanishing white seabass, in the hope that people will take from it the same lessons as I do. First, that killing an edible food fish, then using only parts of the fish and wasting most of it is deplorable and should be illegal. Second, that discovering and consistently deploying the easiest method to catch a fish on a widespread scale can result in over harvesting, potentially leading to the demise of the species.