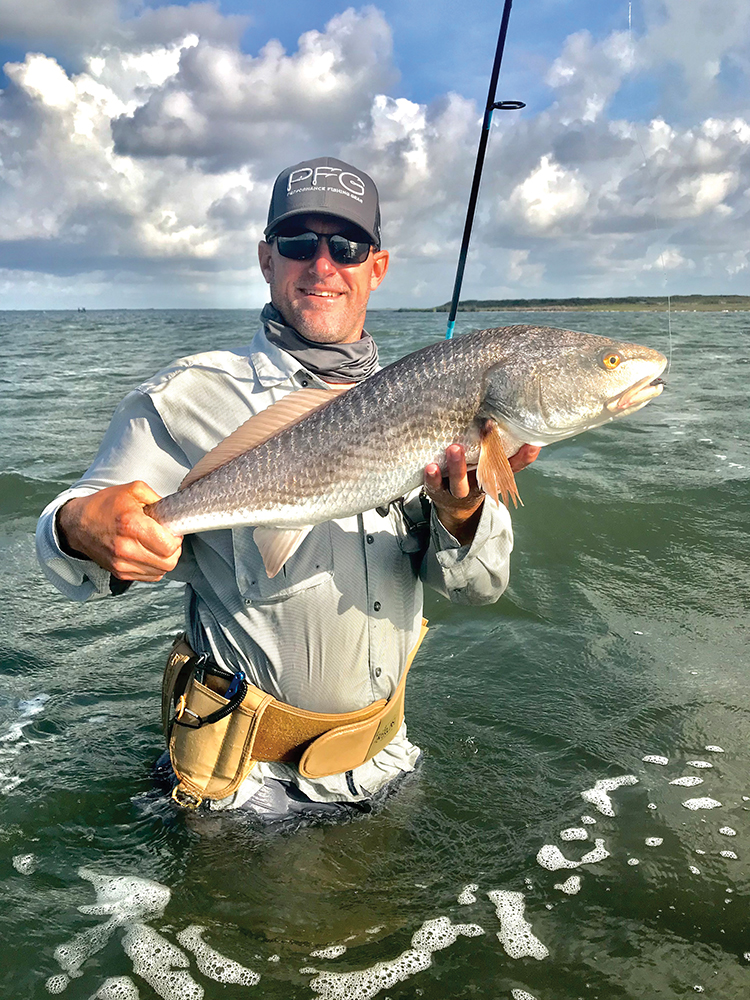 Well, looks like we have settled into summer here in South Texas. It's hot, humid, and the winds are backing off from the high, gusty stuff of May and early-June. Already noting some tropical activity in the gulf, who knows what to expect from Mother Nature?  Between Covid in 2020 and the Freeze of 2021, I'm just rolling with the punches.

I fought being on social media until the bitter end, but have now been a part of it almost three years. It has some unique benefits, although more negative aspects, in my opinion. I once heard a quote that went something like, "If you ever want to learn a man's true character, spend a day on a boat fishing with him."  Being that I get to do just that on a daily basis, I find it to be danged accurate. In my case, I would say 98% of my clientele are top notch folks, the other 2% are noted and will not be welcomed back.

The percentages vary, but social media gives you a front row seat into the minds and traits of many fishermen (mostly guides), what they stand for, and more importantly, what they do not. Since croaker season has started, social media is blowing up with kill photos of trout and quotable quotes such as, "Kill 'em all" and "String them through the eyeballs." It turns my stomach and that of many true sportsmen, having to share the Laguna's bounty with such selfish dumbasses.

Speaking with a couple of longtime fishing guides the other day, we agreed that the word guide has almost become an embarrassment. There are some stand-up and admirable captains on the Texas coast, but that population has become very watered down by the  "Me first" crowd who have no vision for the fishery. Their primary objective is instant gratification and “likes” on social media. But what should we have expected, when you are guaranteed a captain’s license as long as you have a credit card.

As hard as most seem to be working to insure a bright future for our fishery, many that are doing their part now, which I admire greatly, are saying they will keep more trout in 2022. Well, let’s talk about that.

The same trout we are releasing in the Upper Laguna and Baffin Bay this year, are the same trout that will be there next year. The only difference being that they have been given a chance to spawn. The 2022 population will be these same fish, plus the 2021-year class of fingerlings. There will not be a miraculous uptick in keeper-size fish next year. In fact, it's probably going to take three years before these fingerlings reach solid keeper size. And, that with no further shenanigans from Mother Nature in the interim. So, that being said, if we want a solid trout fishery in the future, we have to continue doing our part now and for a few more years.

We have to educate our clients, our kids, and the many guides who, unfortunately, don’t seem to give a crap. Tell them you want to release your trout. Hell, you’re the one paying for a FULL day…not being back at the dock by 9:30 simply because you got a limit. Fish for the sport, the joy of being outdoors in such a beautiful place, and quality time spent with friends. We are no longer in a position to be able to kill at will and think there will be no consequences for greedy actions.

Although our trout bite is still predictably tough, I am finding my best patterns on windswept points of spoil islands and sandbars. All species seem to be located on them as of now. Windward shorelines are my next best bet, as long as the tides remain higher than average. Once the tides recede, hopefully soon, I will concentrate more and more on deep but wadeable rock piles throughout Baffin. There is no real science to it; find the rocks with good bait activity and work the edges of the formations.  Casting amid and over them will only add up to a bunch of snags and broken lines.

Bass Assassins with a lot of white and flash will be my go-to lures for grinding out the trout bite. The MirrOlure She Dog is my top choice for early morning wades, and also a great all-around fish finder. Midday sight-casting on the flats will see the Double D by Texas Custom Lures in the most natural colors I can find. Think shallow, clear water.