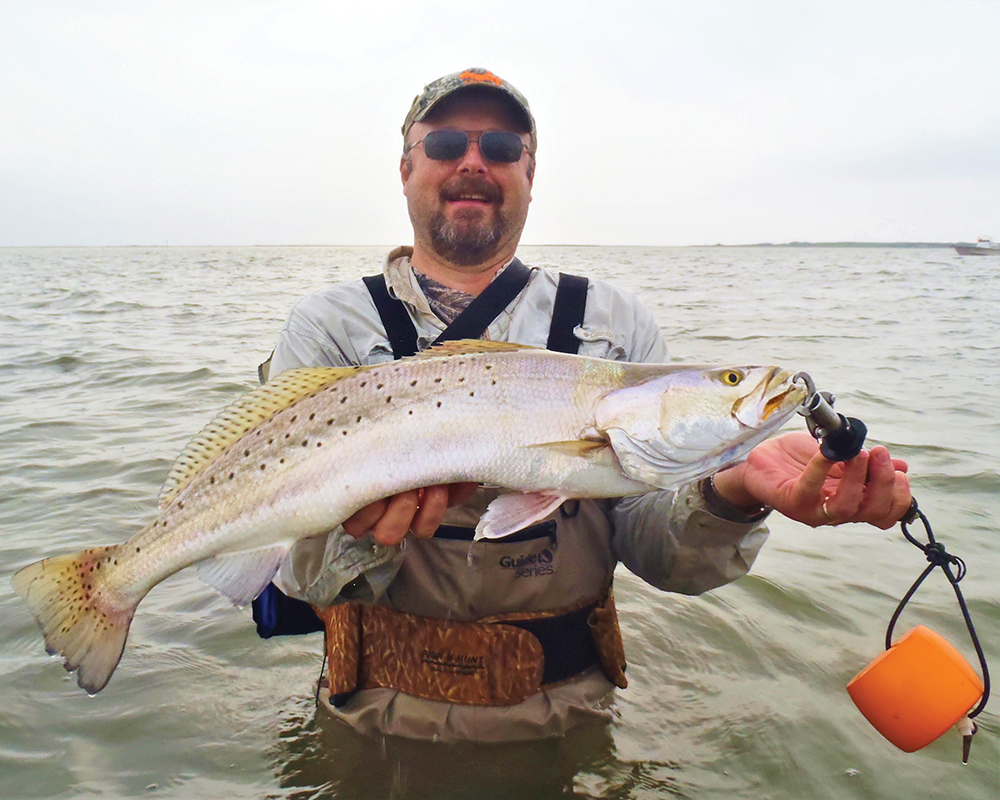 Tim Zbylot with a fat trout caught in April on a trip made with Captain Kev.

When formulating and executing plans, successful inshore anglers consistently combine their knowledge of productive spots with their interpretation of diagnostic signs. Some claim they rely solely on signs, but this isn't likely true, since finding useful clues can become nearly impossible in many situations. When leaving the dock in the darkness before dawn, looking for signs of life proves tedious at best, given the lack of light. When dense fog sets in, the same truth applies.

Also, on some days, when fish feed close to the bottom, or with low levels of intensity, evidence of their meager activities might become extremely difficult to discern. In all these situations, anglers must decide where to fish by relying on their knowledge of specific spots, ideally ones which have proven productive track records in conditions similar to those in play at the moment.