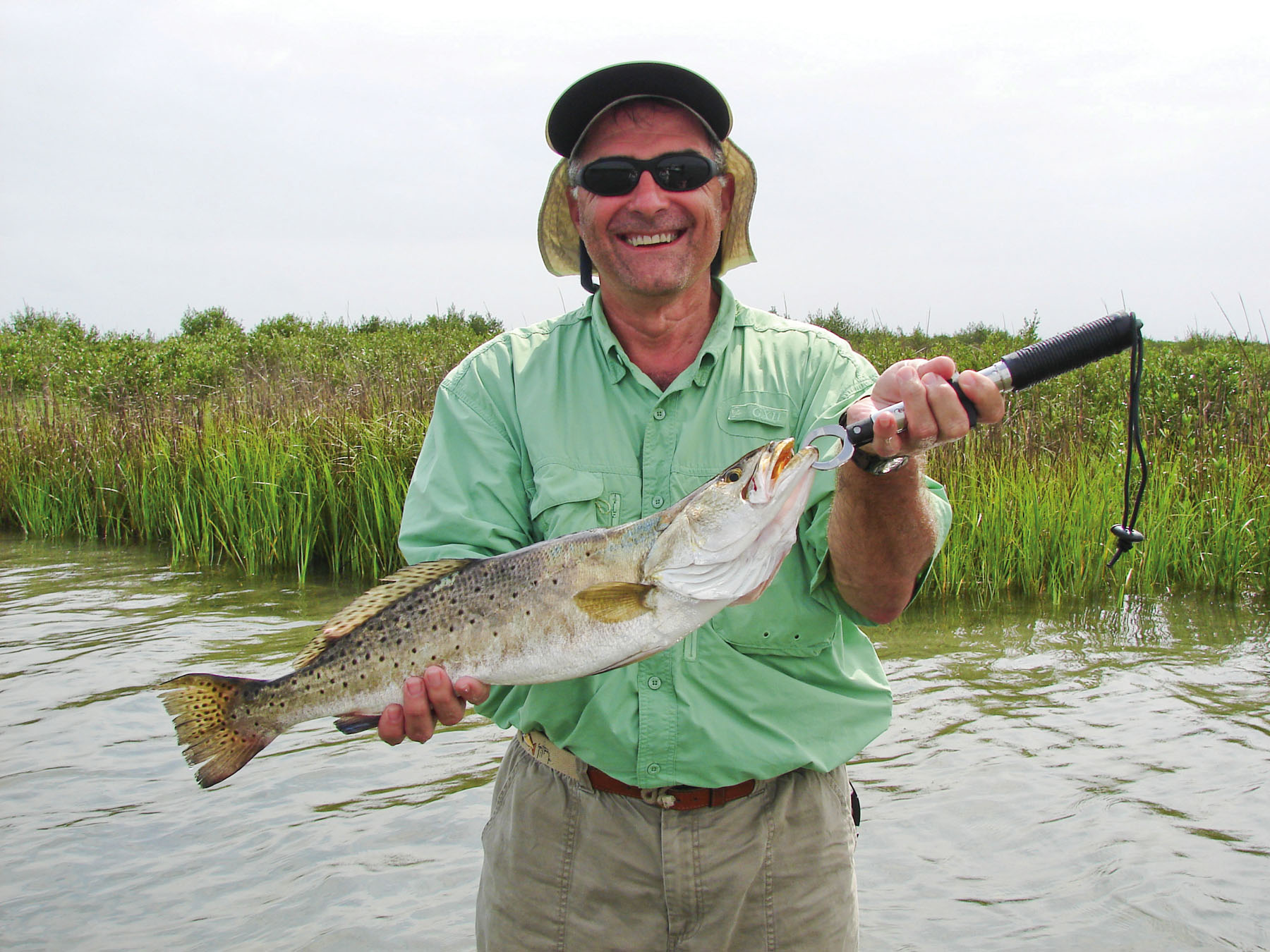 Started out a client many years ago and ended up becoming a great friend—RIP Robert Mauro! You'll surely be missed.
Well folks, believe it or not, here we are bringing in another new year. 2014 passed way too quickly but has left me with great memories of some pretty awesome trips with good people. The fishing this past year was good for the most part but, I believe the reduced trout limit and our continuation of solid numbers of redfish the next few years will make it better than we've seen in a long time.

As of late, on days of favorable weather, the reefs in San Antonio Bay have been yielding good numbers of trout. I won't lie to you, most days we have had to go through quite a few undersized fish to get keepers. However, given the huge numbers of "just shy of 15-inchers" I believe we are going to have a rewarding spring season.

One thing to keep in mind if you decide to venture out into San Antonio Bay; reef hopping is usually necessary when attempting to locate a school of trout. It's not uncommon to have to fish five or more reefs before finding a solid bite. It's easy to get discouraged and dismiss the reefs as being void of fish but hang with it and hopefully you'll see what I mean.

What makes one reef look fishier than the next? I always look for bait and the more active the better. The best scenario you could hope for is to witness one or more mullet fleeing for their life. That's a great indication that feeding fish are in the area. But let's face it; it's not always as easy as that. During these colder months baitfish tend to be more subsurface and some days you'll need to stop the boat and study the water closely to determine if there is actually any bait in the area.

Like the baitfish this time of year, trout tend to linger near the deeper waters during cold periods and reefs with an abrupt drop-off usually produce best. I prefer a 1/16 ounce jighead rigged with a soft plastic, working slowly towards the bottom of the reef. If you are not hanging up occasionally you are working too fast. This is a good time to dust off some of those Corkys!

If the wind is too much for the open water of San Antonio Bay I shift focus to back lakes and Shoalwater Bay. The grass is greatly reduced in winter so the use of a weedless setup is not usually necessary. Redfish can be found in back lakes year 'round but larger trout favor these shallower, muddier bottoms during this season as well. If you're not a mud wader, long drifts will pay off better than a bunch of running and gunning.

Probably like most of you, I have a handful of favorite lures. One that has its way to top billing lately is the Bass Assassin 4.5 inch Lit'l Tapper. Salt and Pepper Silver Phantom and Chicken on a Chain have been great producers. It is easy to jig over shell, and the fish seem to be convinced that it's something they need to eat.

On another note, as most of you know Cedar Bayou was reopened this past September. Gary and I have had many optimistic discussions on what that will do for San Antonio Bay and surrounding waters but the one difference we have already noticed is improved tide movement. Before the reopening of Cedar Bayou and because other passes to the Gulf were a good distance from San Antonio Bay, we hardly noticed any tide fluctuations. But since the reopening of Cedar Bayou we can actually see the water moving in and out with the tide schedules. What does that mean? Well, that means San Antonio Bay is finally getting a good flow (flushing- so to speak) of moving water and moving water is healthy water for all the creatures that live in it. I could go on and on but you get the idea I'm sure.

In closing, if you are a person who likes duck hunting or maybe you've always wanted to give it a go, you will have until January 25 to get your shoot on. We schedule many Cast and Blast trips in January so be sure to give us a call if you want to get in on a great outdoor adventure. Come to think of it, what would be a better way to bring in the New Year than shooting and fishing with friends and family? Happy New Year everyone!